The September Issue goes behind the scenes at US Vogue 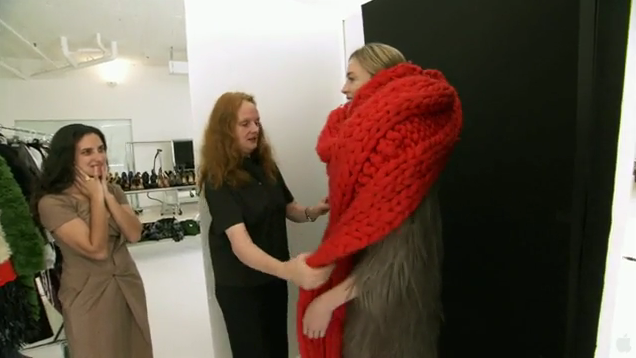 The September Issue is a fun film, pacey and driven along by a cod-1980s soundtrack, and it concentrates on two main protagonists: editor-in-chief Anna Wintour (below, centre) and creative director Grace Coddington (top, centre). There are memorable walk-on parts from photographer Mario Testino, Sienna Miller and design director Charles Churchyard (below, left), who sports a light suit and a constant expression of mild exasperation (somewhat like the fictional manager in This is Spinal Tap). 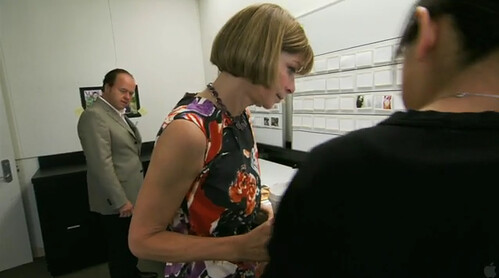 It’s full of great one-liners: ‘[Fashion] designers have a problem with editing and we’re right with you – less is more,’ says Wintour, empathising with US retailers at their annual Vogue breakfast. Larger-than-life editor-at-large André Leon Talley (below, right) sighs: ‘I am starved of beauty.’ 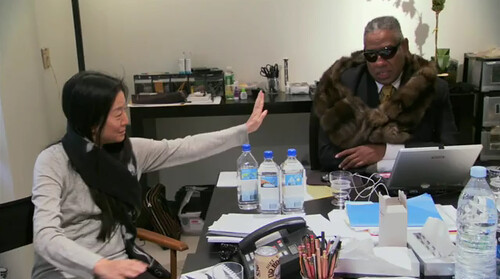 Welsh-born Coddington is presented as more of an artist, less decisive, but more emotionally engaged than Wintour: ‘There’s always one shoot that’s a complete disaster,’ she says with a grimace. We see her hovering by the flatplan wall covered with miniature magazine spreads, and we’re invited to sympathise as her favourite photo-shoot is gradually edited down, and when Wintour rejects a picture of a rubber dress for her ‘texture’ theme. Coddington confides in the film-makers; Wintour keeps her distance.

Yet there are few technical details for magazine insiders – it’s not Helvetica (reviewed in Eye 64). The only reference to typography is a passing slap from Wintour: ‘So large and pretentious this type,’ she says, looking at a cover mock-up, ‘Like it’s for blind people.’ (Writing hardly comes into this story – The September Issue is all about pictures and people.) 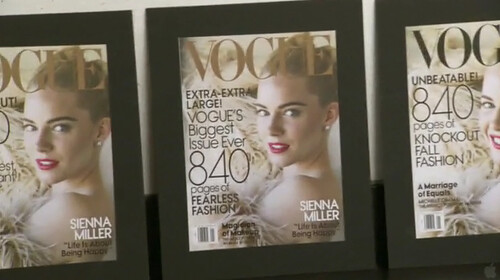 The stylists despair of Sienna Miller: ‘Her hair is completely lacklustre and she’s growing it out.’ Comparing two possible cover shots of the actress, Testino muses, ‘Do you think I should use this body on this head?’

As ever, it’s left to Coddington, talking about her Brassai-influenced fashion shoot photographs, to sound a different note: ‘I like it when it’s softer, even if there’s a little blur … everyone wants things so pin-sharp these days.’

The September Issue is released in the UK on 11 September 2009, followed swiftly by the DVD version.

Thanks to the BSME and to Momentum Pictures.