A vast river of banner-bearing humanity with something to say 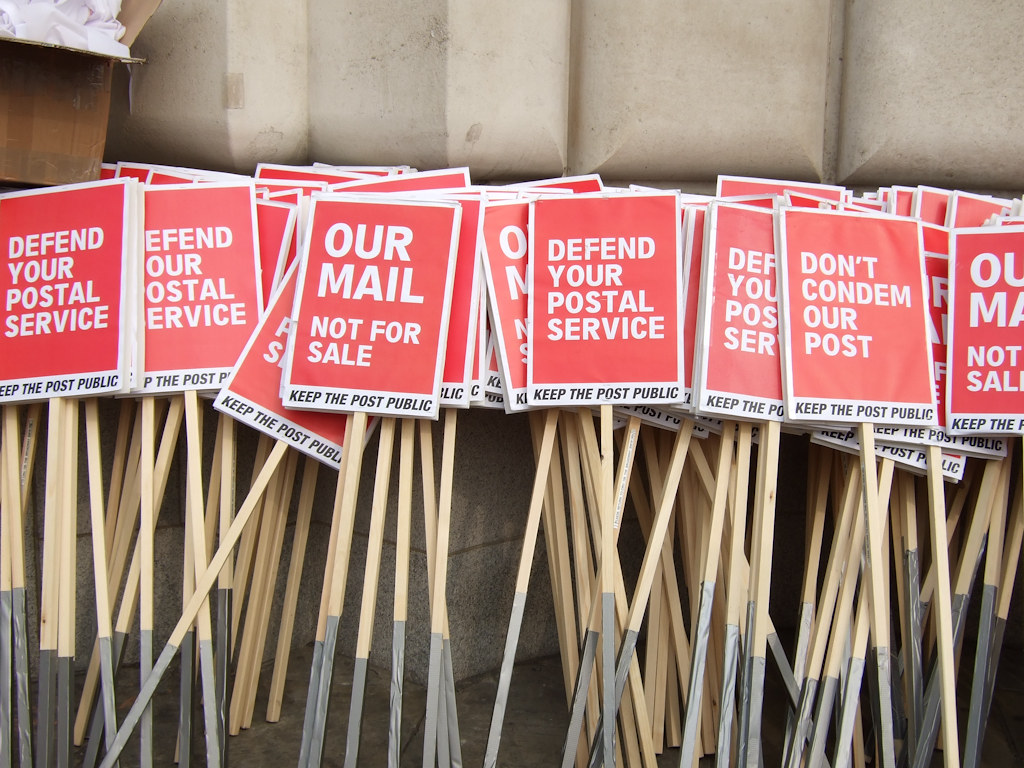 This time: posters on sticks. 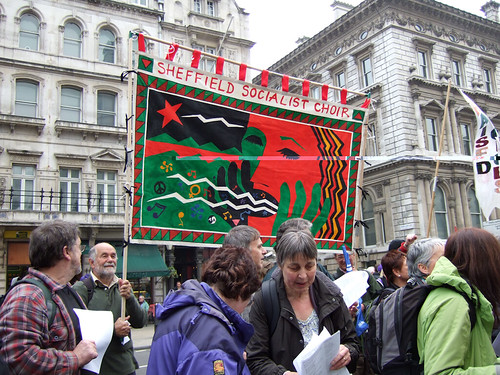 The vast river of humanity that flowed through central London on 26 March was resplendent with a waving forest of placards and banners, swept along by up to half a million people. They had come from all over Britain to register anger or fear or despair at the coalition government’s scheduled spending cuts – and they did it with posters. 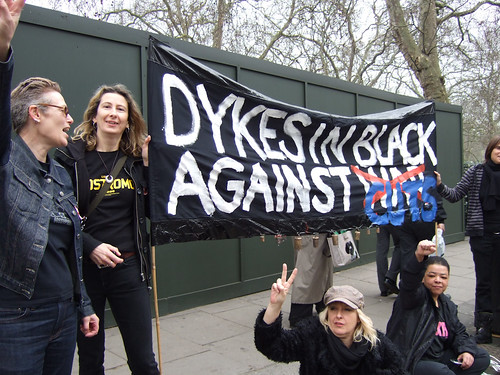 At the heart of the march were the massed cohorts of the public service trade unions, but it felt as if nearly everyone else was there, too, all mixed up together. The actions of anti-capitalists a few streets away became the day’s other story. However, the occasional masked trooper who pushed through the crowds of marchers seemed to be carrying a faint – and unexpected – whiff of elitism instead of a banner.

Some of the marchers’ placards and banners were pro jobs (usefully put up online beforehand as free-to-use pdfs), some home-made, some were old and iconic union banners. No designer’s name in sight though – just a sort of democracy of poster production, proclaiming a common cause. Perhaps posters don’t change events. But then again, it’s possible Britain would have a different government now, if people hadn’t marched with banners in 2003, and been ignored. 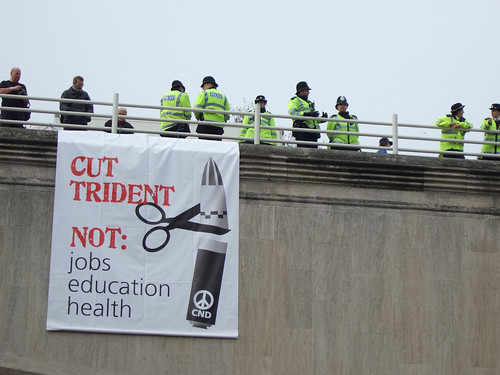 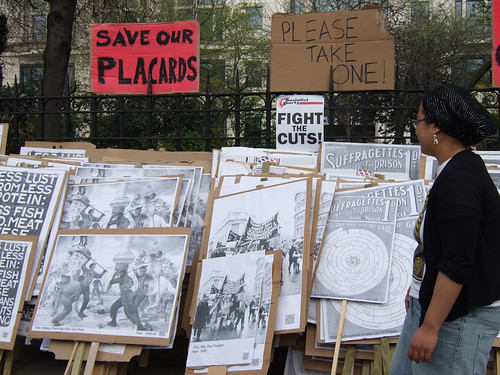 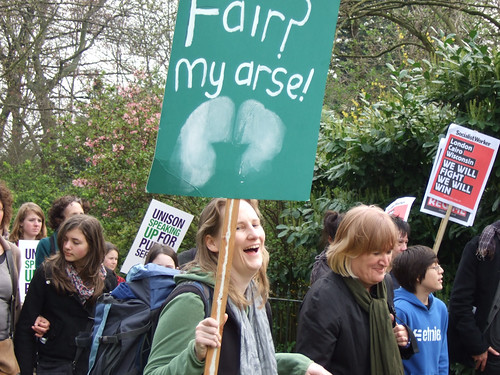 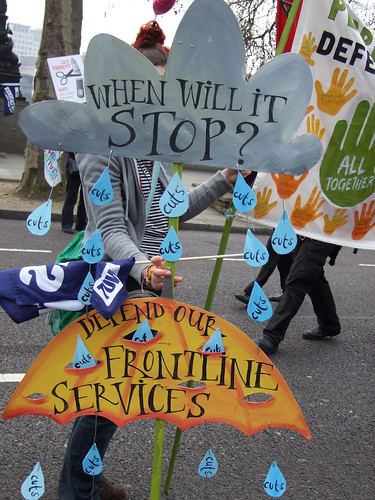 Eye is the world’s most beautiful and collectable graphic design journal. Available from all good design bookshops and online at the Eye shop, where you can buy subscriptions, back issues and single copies of the latest issue. Eye 79, a type special, will be out very soon.