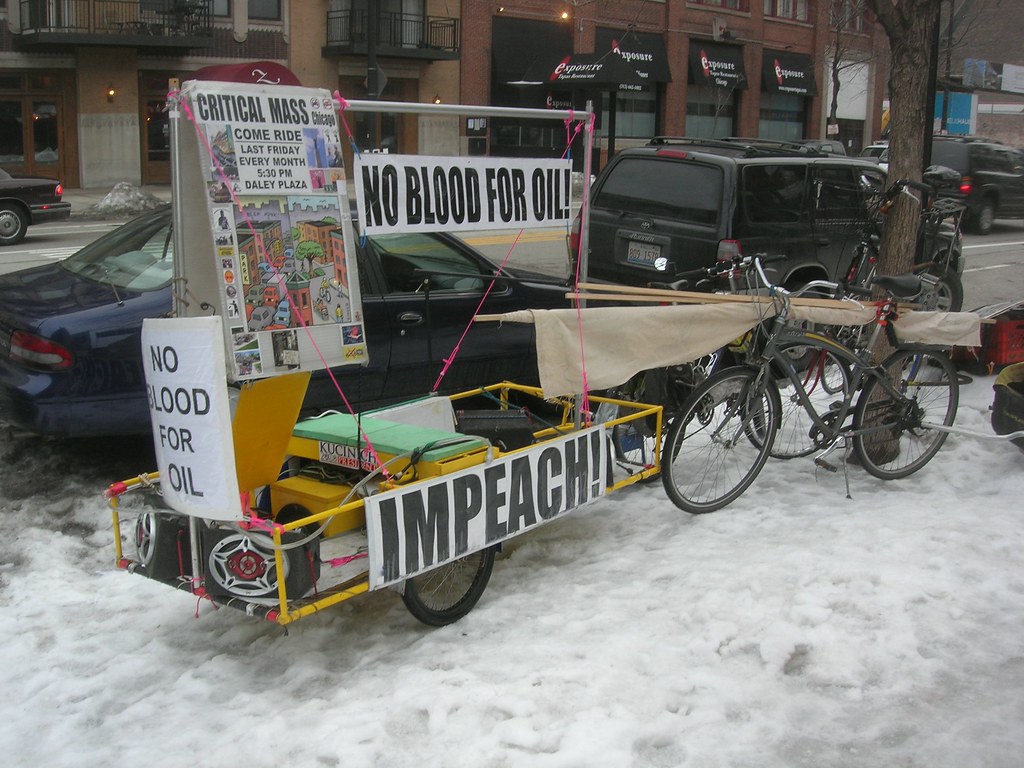 Victor Margolin, Professor Emeritus of Design History at the University of Illinois at Chicago, a lucid thinker and vivid critic, shared some critical thoughts with Ksenija Berk last winter. Part two of a two-part interview (part one published yesterday).

Above: Chicago. ‘We need to put design thinking in a much more central position in terms of social policy.’ Photograph: Victor Margolin.

KB: Have we actually reached the point when insights from humanities have become crucial for development of design thinking in general?

VM: Absolutely. I also think that there really ought to be a shift in where designers are located in the education system. Historically, design study was part of decorative arts, applied arts or the art schools, primarily because of its focus on the object. Some students learned how to make a painting or sculpture and others learned how to make a chair or style a radio. Many design programmes are still in this location and, of course, educators are trying to add some social science, not very well for the most part, and sometimes the kind of students they attract are really resistant to it.

KB: Has this kind of hybrid combination of educating designers already become a standard in the US?

VM: There are some things happening. One of my colleagues, Richard Buchanan, now a professor at the Weatherhead School of Management at Case-Western University. Weatherhead is developing new programmes based on the concept of managing as designing. They are looking at design thinking as a way to teach management students. It would be great to see design teaching adopt more ideas from the social sciences – not just in the sense of adding a course to a design curriculum but some hybrid curriculum, which is part anthropology, part design. Graduates of such a programme could understand design in a much more profound sense.

In the US, the old design curriculum, where students are taught to make models and use CAD or simply to create posters or brochures, is falling apart. In China there are probably 500 to 600 design schools, either established or in development. Each will have large numbers of students. Most of them will be ready to work for far less than American or European designers, particularly in product design where language is not an issue. Now that one can transfer design files electronically, in time it will be possible to do a lot of design work in China for less money than in the Western countries.

From a strategic point of view this means that if design training doesn’t change, to become something that can’t be replicated so easily, it may just die or be taken over by other disciplines such as engineering. I think that’s already happening. Design programmes are now being eliminated, and it is very hard to defend those basic programmes.

Administrators are looking at job opportunities for graduates and comparing the possibilities against companies working offshore. And yet, at the same time, just as you have people like Barack Obama, talking about a new energy economy, we need to talk about a kind of a new social economy for design. We need to put design thinking in a much more central position in terms of social policy. Otherwise, we are missing quite a lot.’ 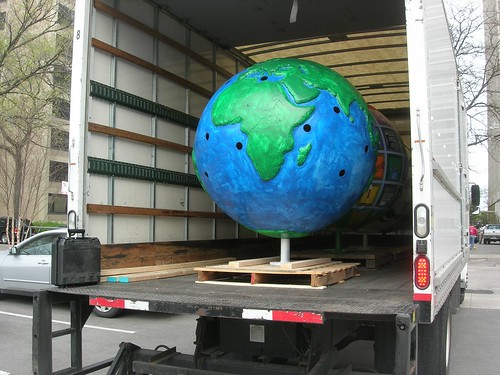 Above: Southside. ‘Good design thinking is always driven by the need to get positive results.’ Photograph: Victor Margolin.

KB: What approach would be most suitable and helpful to unravel this extremely complicated situation?

VM: Bringing in the new faculty members to make an impact on the curriculum is very good. Universities are excellent places to start this change but they also have problems, in that departments mostly tend to defend themselves. Part of this is really a kind of bad design of the university, because funds are often given out based on the number of students a department has.

The small steps would be basically, as I said, using whatever autonomy one has as an educator, or someone working in a social agency can hire a designer and reinvent their activities.

The big step right now is really to change the whole discourse about design. This means that people who are in the field of design research, journalists, critics, designers, anyone who talks or writes about design, have the possibility to introduce a new kind of thinking. It is really like introducing a new language or new words in a language. It has to happen at many different points, and it won’t come just from one place. What can really help the process is to have people at high levels in universities, governments, or companies who would actually offer some funds for programmes that would involve designers in new ways. There are enough people in many countries now who have the kind of understanding that could actually produce some significant results if they could find the financial and structural support, but this is slow to happen.

KB: There are strong voices in the field of design who oppose this kind of solution…

VM: Many designers who have become successful would like to protect the practice as it is. Unfortunately, when designers get together, it is still a-show-and-tell, even at the highest levels, like ICSID (the International Council of Societies of Industrial Design) and I already gave up trying to change them. I support individuals like Ezio Manzini and I think the Changing the Change conference that he organised was a very good effort.

My larger agenda goes beyond sustainability. I would like to introduce a new design methodology to the way we think about culture and politics in the best sense. Every kind of social practice or organisational programme can benefit from design thinking. As long as you have something at the end that you call a product, whether it is a system, or a set of procedures, or a protocol, design thinking is really the most efficient way to get a good result. The core of the design thinking is goal-oriented. For example, if we look at the debates on how to solve the financial crisis, unfortunately ideologies have come in very strong and they really obscure the ability to think clearly about solutions. Good design thinking is always driven by the need to get positive results. 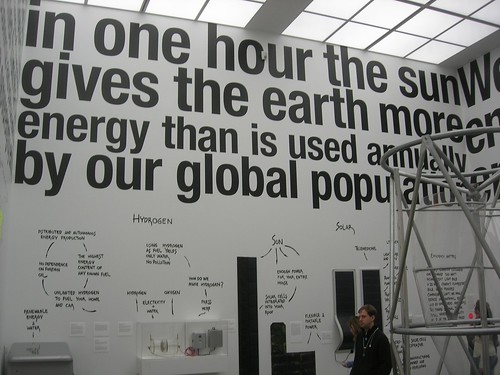 Above: ‘We have to persuade people, who hold much more power than designers, that they should alter the way they use design.’ Photograph: Victor Margolin.

KB: Do you think designers need political power in order to change the profession and the way the people think of design?

VM: Designers certainly need power but there are different kinds of power. One kind of power that interests me – because it is probably the only power that I have – is rhetorical power. If we believe that rhetoric and discourse have some impact, at least on people who are reasonable, I think this is an opportunity for designers to begin to argue for what they think is good to do. And this again brings us back to the problem of training designers. They need to learn how to speak more forcefully and persuasively, and not just to make things.

Ironically, when we look at how the international organisations work, ICOGRADA or ICSID, they have a separate category for social design, but within this much bigger framework; they just don’t say design at the basis is social or cultural practice. They are reluctant to take up the rhetorical power; they actually don’t want it. That is one reason why designers are not more powerful – because the organisations they have created don’t seek the power they need to make changes. In comparison labour unions or political parties exist to gain power for their members and they understand the need for platforms, rhetoric, manifestos, and programmes. They organise social actions and designers rarely do that.

There is a kind of power vacuum. Why would anyone give a designer more power if the designer can’t explain what he or she would do with that power? On one hand, the best designers have a lot of power, but they join in the existing discourses that are not discourses of their own. Let’s take for example the discourse of corporate activity, where designers fit in, because discourse is really about profitability, efficiency and organisation. Corporate identity is adapting to profitability by creating a sort of larger identity to gain cultural capital. People in corporate management understand their discourse very well. They know how to articulate it and how to find the experts to support it. Historically, and even today for the most part, corporate business is the discourse where designers can participate. They don’t have much power to change it, because their expertise is how to make a product and in order to be more powerful, in order to argue for or against the product or process, they have to take on the dominant discourse and show that any changes they propose will work in that dominant discourse.

What we need in future is to increase strategising and theorising, because the basic function of any research is change. We have to persuade people, who hold much more power than designers, that they should alter the way they use design. There is a kind of vacuum now and what we need is a major change. 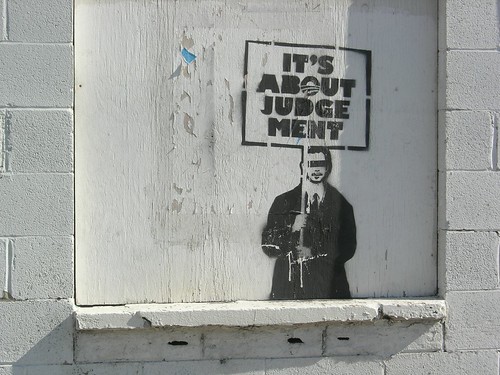