Eye revisits Peckham for another look at creativity in the community 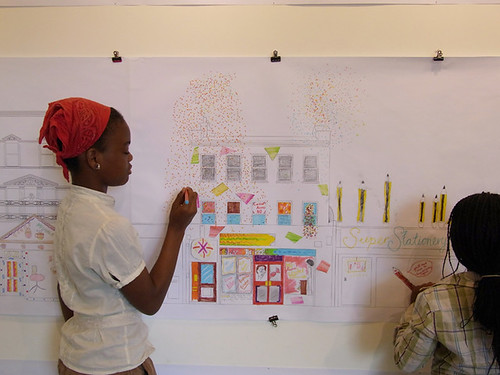 In the wake of this month’s riots, we reported on an upsurge in community spirit in Peckham - taking visual form in a wall of post-it notes on a boarded up Poundland, writes John Ridpath (see ‘Handmade hashtag’).

One contributor’s message boldly suggested that ‘we should be producers, not just consumers’. But even though recent events brought this particular outpouring of local pride to life, an underlying sense of creative community spirit predates the riots, as one Peckham exhibition makes clear.

Opening 2 August at Peckham Space, just before the violence that shook the capital, Nation of Shopkeepers invited the public to re-imagine Peckham’s Rye Lane with their own fantasy shops. This interactive exhibition was realised by Garudio Studiage, who created line drawings of the street’s buildings over the course of 500 painstaking hours. Visitors were invited to colour in these illustrations with their own visions for the community. Eye spoke to one of the collective’s founders, designer Chris Ratcliffe, about the genesis of the project, and the impact of recent events. 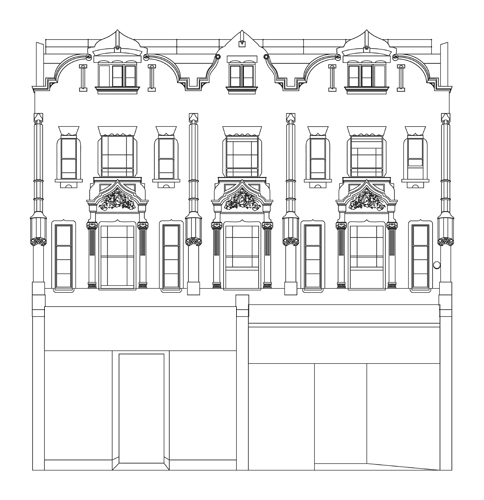 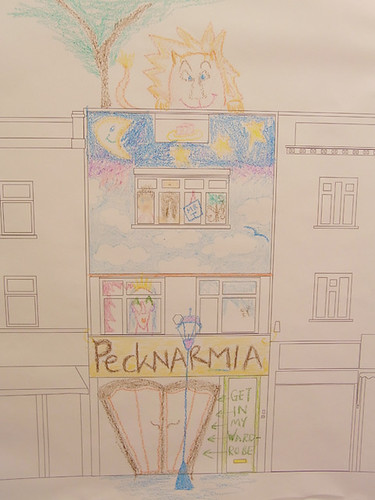 John Ridpath: Who is involved in the project, and how did it come about?

Chris Ratcliffe: When Peckham Space opened we contributed some work to their submission show, then got talking about doing a solo project with them. They were keen to have something that would engage local people and was also interactive, so we came up with the idea of a kind of democratic town planning using the existing environment, but giving anyone who wanted to a way of showing what they might like to see in Peckham.

Obviously buildings have been damaged / destroyed since we started, but English Heritage have also shown an interest in creating a conservation area which would cover the whole of this street and most of the buildings on it. They liked our idea and it has been great for us to find such a mix of interests, from these conservation bodies as well as local people. Peckham is changing a lot and is really in the spotlight at the moment, so the project has been a learning experience for us too.

After completing the drawings, we asked a selection of artists and designers to create their own fantasy shops: Tatty Devine, Miles Donovan, Coralie Bickford-Smith and Hannah Waldron. We wanted to work with the gallery to auction them at the opening to help raise money for Peckham Space’s art clubs for local young people. The artworks were amazing and we raised quite a lot of money in a silent auction at the private view. We also did our own miniature version of the Peckham Peace Wall on the Poundland drawing, which was snapped up on the night, too – a telling insight into local mindsets at the current time. 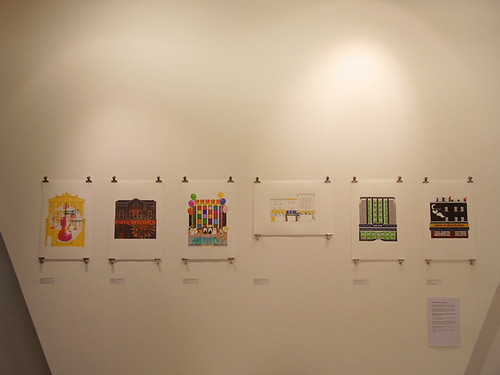 JR: Obviously this is all about people creating fantasies, but does it signify something more? What are your thoughts on communities being involved in the planning and development of their local areas?

CR: It seems that very often people who live in communities which don’t have well-organised residents’ associations or similar can feel a little bit like things happen around them without them having any say. Although this project is not very ‘scientific’ in terms of canvassing local opinions, there are things which have appeared more than once, which could make the area feel like more of a diverse local shopping area: books & stationery, musical instruments and furniture have all been drawn more than once by separate people. Perhaps this is quite telling?

JR: How did the riots effect the project? Did you notice community interest increase or change in any way?

CR: We started the drawings in May, and the show opened two weeks before the riots, so it was obviously not something we considered when planning the project. However, since the riots have happened, there have been a lot of people re-evaluating what projects like this could mean. We haven’t noticed an obvious change in what people are making in terms of ideas for shops, although there have been a few which are based around the idea of ‘fixing’ Peckham. We did wonder if there would be any negative things appearing on there – people drawing flames on buildings or broken windows, but it has all be positive thankfully.

JR: Do you have any plans for the artwork when the project ends?

CR: We have created a Nation of Shopkeepers colouring book which has been flying off the shelves of local stores and our own online shop. It features ten of the best buildings, detailing the street number and what the shop is currently used for. It’s amazing how people have such an interest in this stuff, it’s like Peckham is a new cult!

As an artwork, we would love to find a space large enough to show the whole thing full size. The buildings that we used in the gallery are each a metre high, and that makes the whole street almost 220 metres long – it would be so amazing to show it all at one time. As Peckham is changing so much it will undoubtedly function in some way as future historical document. In the light of recent events it will be interesting to see if it acquires a new meaning as a snapshot of what people were feeling in Summer 2011.