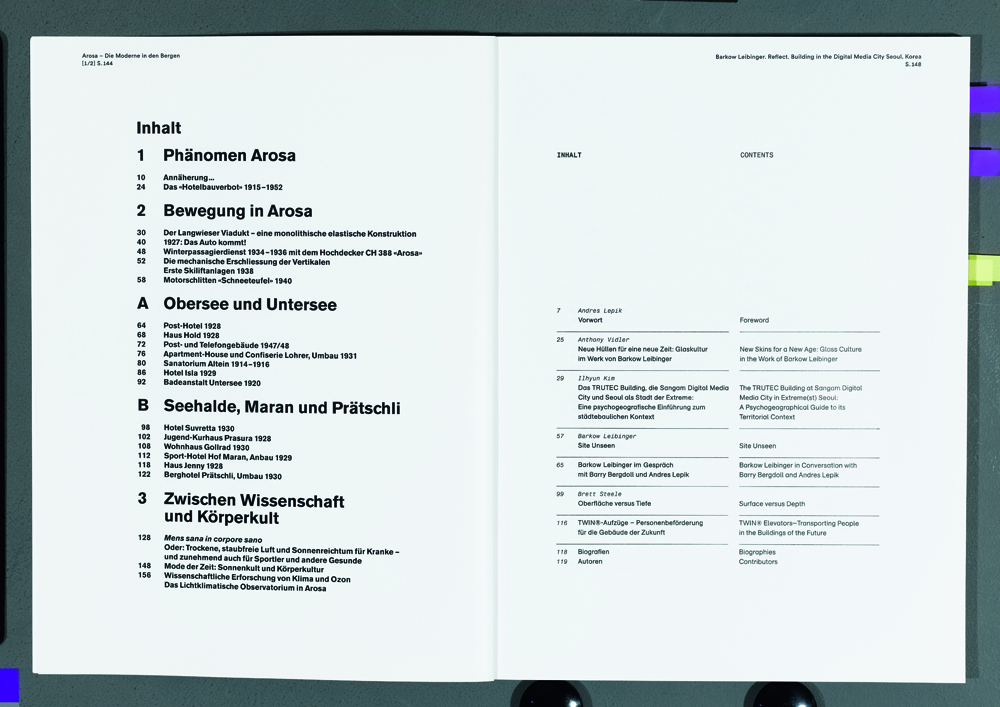 A book of Swiss competition winners makes a virtue of its cold and awkward design. Yet if the jury seeks debate, as it claims, it must be prepared to explain its decisions.

As if embarrassed by its anachronistic title, the cover of The Most Beautiful Swiss Books 2007, a record of the annual design competition, is anything but beautiful, writes Rick Poynor. Everything about it grates:

the insipid typography, the randomly scattered ‘quirky’ photos, the unattractive cloth tape wrapped around the spine, giving the volume the look of a cheaply bound company report for limited distribution.

A preliminary flip through the pages is no more rewarding. The layout certainly looks ‘Swiss’, but in the coldest, most technical and least prepossessing way. 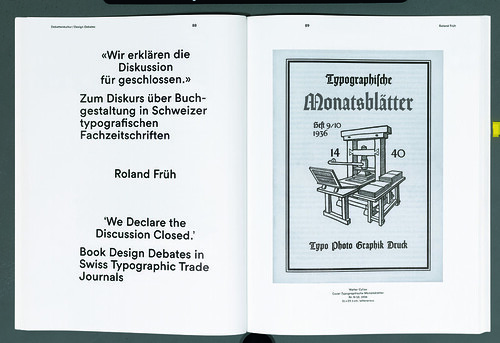 It would have been so much more revealing to hear Neale, Van Deursen or Windlin explain exactly how the structural departures of a particular book conveyed the essence of its content and why these strategies were deemed to be, in Windlin’s words, appropriate or authentic. Another juror, Käti Robert-Durrer, mentions that they encountered some ‘terrible’ typesetting – ‘but that’s not our prime concern anymore.’ Was this encounter in work selected for TMBSB? What considerations are more important, then? If the competition wants to encourage debate, it needs to zero in on some specifics.

Main picture: A comparison of contents pages from the selected entries forms the book’s opening sequence.

Top: Opening spread of an essay.

Below: Each selected book receives two spreads in a consistent format. Carsten Nicolai’s catalogue is designed by Gavillet & Rust in Geneva.

Bottom: Cover of The Most Beautiful Swiss Books 2007 designed by Laurenz Brunner. 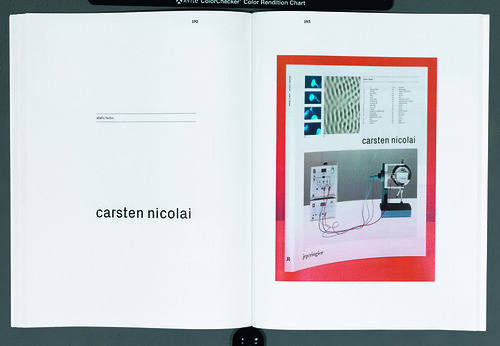 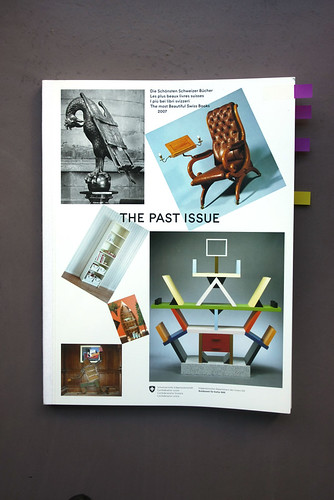