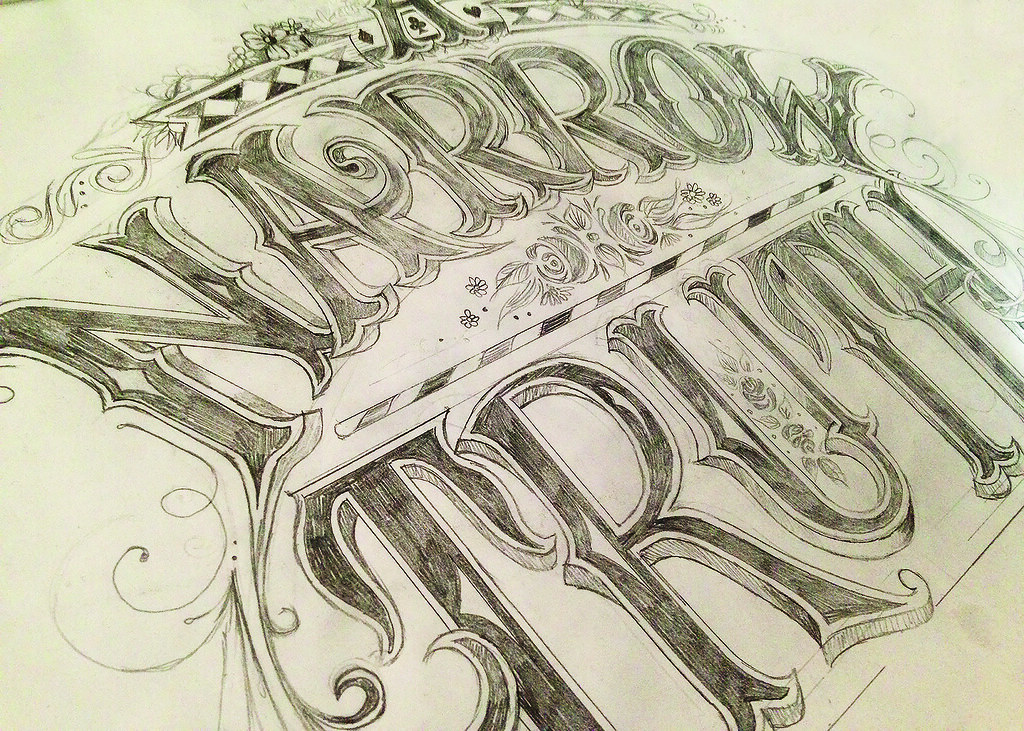 ‘A Narrow Truth’ is a project that aims to illuminate hidden aspects of the waterborne legacy of Brayford Pool, Lincoln’s inland harbour, which dates back to the Roman Military Period (AD43), writes Rowan Gatfield.

The project explores the visual traditions of these boating communities from its industrial origins to a period of pleasure boating that followed the Second World War. My aim is to map past, recent past and current visual manifestations among the Pool’s boating community. This process includes my own signwriting – for the boat Frankitty and my preparatory drawings for the boat Jolly Jack Tarr. 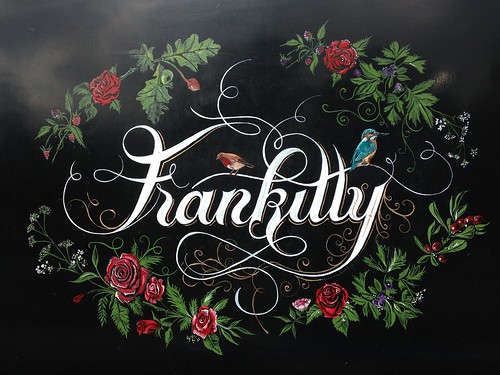 Folk Art, fairground and circus lettering have always interested me as a graphic designer and illustrator. I am attracted by their colourful honesty, their playfulness and this artform’s ability to represent the societal ‘fringe’. In ‘A Narrow Truth’ the aim has been to use the anthropologies of boats-people to develop a design brief, aimed at revealing and manifesting the sentiments of those inside the boat on the outside, through signwriting and illustration.

Signwriter and narrow-boat historian Tony Lewery has written extensively about the development of the typography and livery of the boat owners (Carrying Companies), and also about the ‘roses and castles’ and wood-graining decorative technique that emerged during the nineteenth century.

Gatfield’s personal interpretation of the ‘roses and castles’ style. 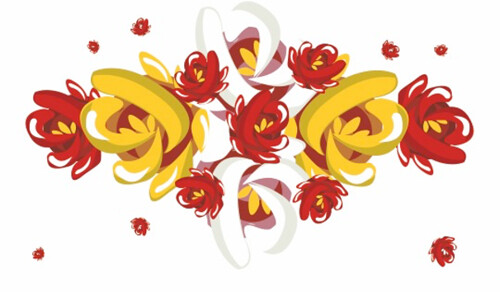 According to Lewery, this quintessential style of narrow-boat decoration has many possible origins, none of which can be traced back to baroque-styled, Romany gypsy influences. Instead, he posits that the style originated with the 1830s introduction of the railways – a rival form of transport that radically affected the working-boat economy. Boatmen’s wives and their children were forced to move on board.

So it may be the case that one man or family ‘felt a need for some rich decoration in the tiny living space’ of their austere cabins, resulting in the ‘roses and castles’ aesthetic, and this may have been influenced by decorated grandfather clock faces and crockery. Lewery adds that this form of decoration may also have emerged as a rebuttal – to stigmas towards boats-people as ‘nomadic thieves’. Later boat decoration fell to dockyard painters, who formulated a quick-stroke painting style.

Colour recreations based on Lewery’s descriptions of the visual system on the ‘whiskers’ (front / bow) of ‘working-boat’ livery denoting carrying companies. 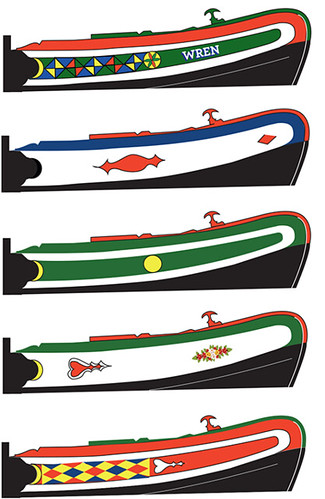 Colour recreations based on Lewery’s descriptions of the visual system of working-boat posts (these would be positioned on the front / goods carrying portion of a narrow boat used to support a tarpaulin.

Lewery also describes how another aesthetic system developed in the dockyards. A complex denotative livery and typographic system emerged that served to distinguish carrying companies from each other using a colourful system of lettering depicting the carrying company’s name together with a system of diamond patterning (most often on the bow), posts or rudder, ornate bordering / pinstriping, as well as use of playing card motifs on the ‘Houdini’ roof hatch.

Narrow boat Gifford moored as an exhibit at the National Waterways Museum, Ellesmere Port. This is a good example of the livery and typography of carrying companies. 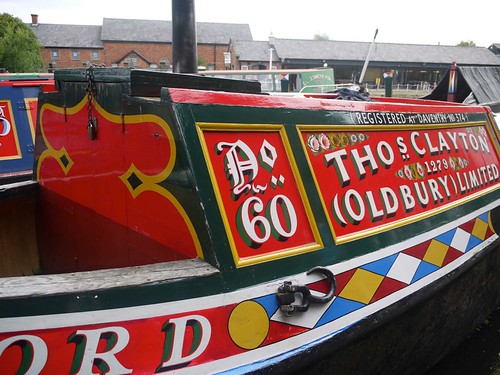 Colour recreations based on Lewery’s descriptions of the visual system of working-boat’ cabin sliding hatches.

My interest, as an anthropologist, is in understanding how aspects of this visual tradition continue as forms of social identity. I have found much evidence that points to an ongoing aesthetic eclecticism by people who wish to connect with this past and the present on their own terms.

Rowan Gatfield, author of this article, with Frankitty. 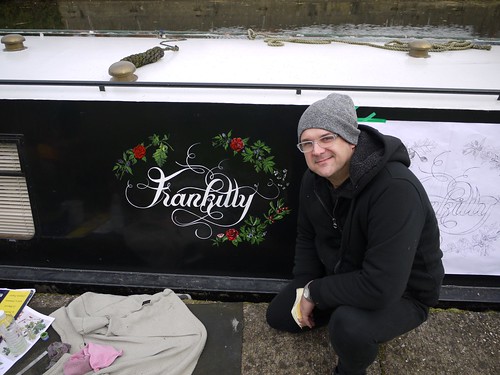 Rowan Gatfield, Senior Lecturer in the School of Design at the University of Lincoln