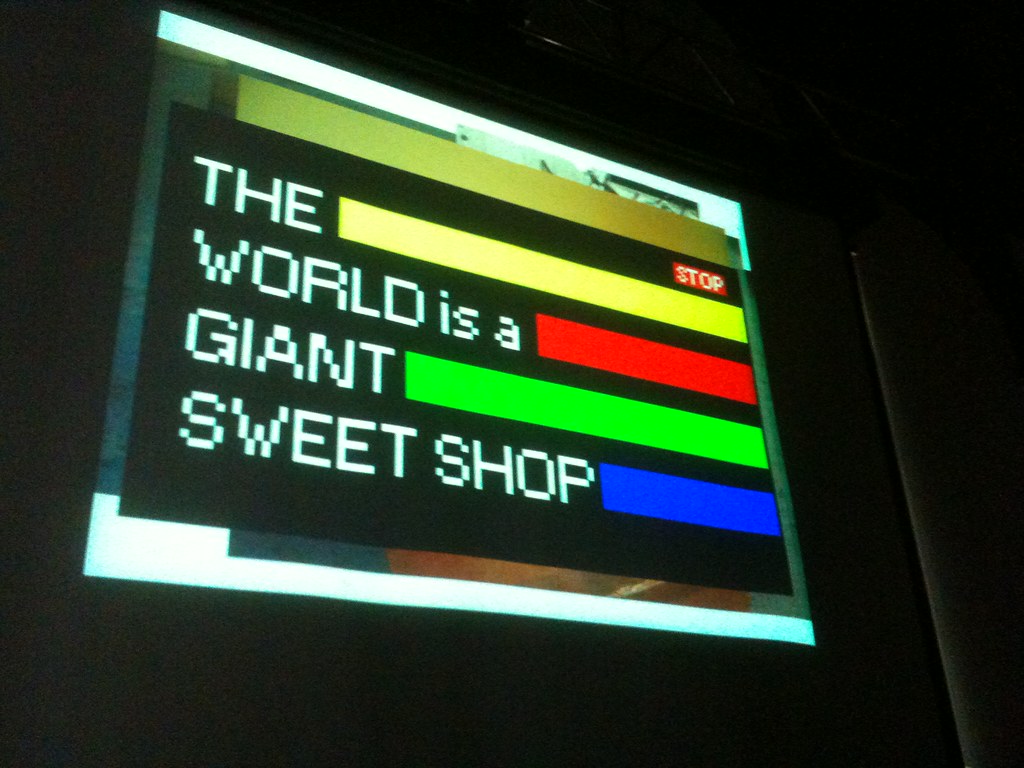 Yesterday I spent some time at the Wilson Road annexe of University of the Arts London, Camberwell for the ‘Key Ideas’ discussion forum Word, organised in co-operation between Eye magazine and the college, writes Eye editor John L. Walters. 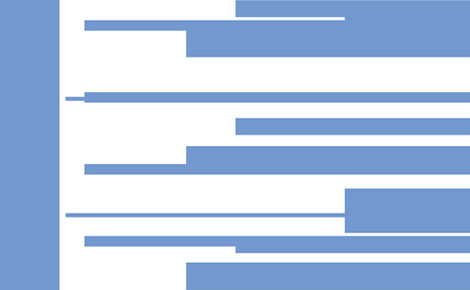 The morning featured four ‘provocations’, from Fraser Muggeridge and Anthony Burrill, both featured in Eye 75, plus Marcus Leis Allion (aka Marcus McCallion, see ‘Copyleft and copyright’ in Eye 55) and Derek Yates, who got the day off to a provocative start by saying: ‘Art school thinking confuses freedom with creativity.’

Camberwell design course director Yates used the book Typography Now (1991) as a reference point, and compared the expressive and postmodern work it showcased, by designers such as Allen Hori and Studio Dumbar, with earlier ventures by Wim Crouwel and 8vo (see Eye 37) and the later work of GTF (see Eye 39). 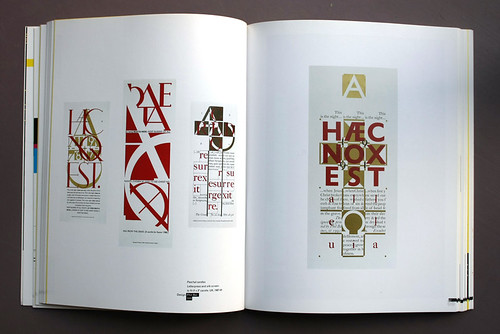 Yates expressed mixed feelings about Typography Now, with positive words for Phil Baines (above, spread from Typography Now) and amusement at Barry Deck’s ‘narratives of sexual angst, deviation and perversion’ with regard to the letter ‘F’ (a point followed up during the student workshops in the afternoon). 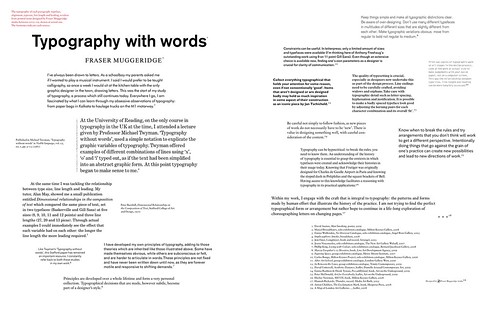 Muggeridge followed with a spoken-word version of ‘Typography with Words’, his Eye 75 article (above), which Fraser designed so that each paragraph has a typographic form taken from items designed by Fraser Muggeridge studio over the past six or seven years. (Click on the image to see a larger version.) At the point where he mentioned ‘Typography without words’, Muggeridge digressed by giving a truncated version of Michael Twyman’s original lecture (with the permission of Professor Twyman).

Anthony Burrill followed with some examples of his work with words, including his notorious Friendchip site (top) – ‘we invented the internet’ – and a picture of ‘our glorious leader’ (new UK Prime Minister David Cameron, below) pictured with Burrill’s ‘Work Hard & Be Nice To People’ poster, printed by Adams of Rye. 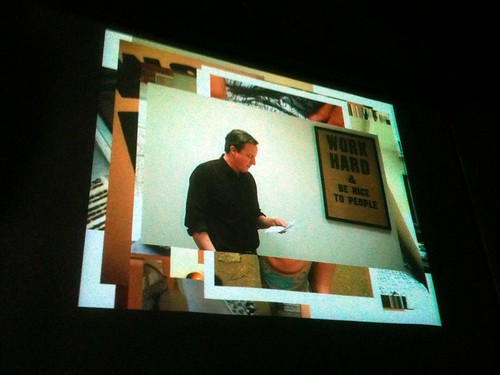 Marcus Leis Allion ended the morning with a bracing talk that took in blackletter, Hobbes’ Leviathan, Liza Pro by Underware, the difference between Bezier curves and Stroke (below) and Lettering Tool by Johnathan Puckey to illustrate what he called ‘The re-emergence of flow’. 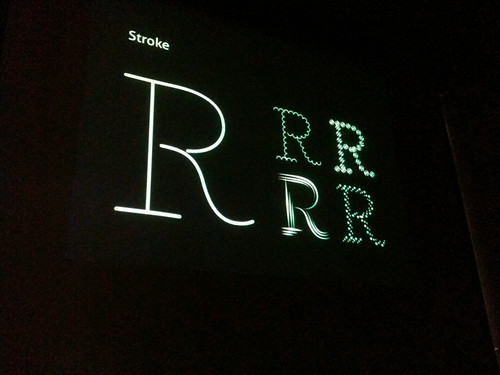 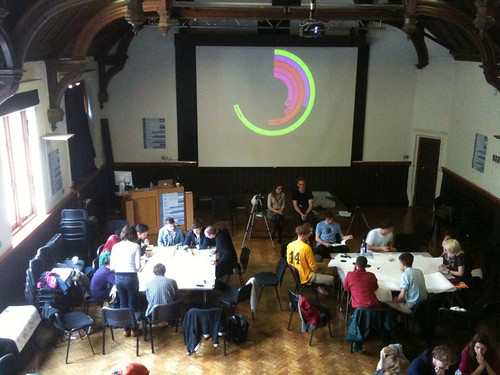 In the afternoon, after a brief recap from Camberwell course leader David Coventon, the students divided into four groups to respond to some of the issues raised, while Allion, Yates, Coventon, Muggeridge and Burrill (below, with one of the groups) listened and prodded a little The resulting sheets of A1 paper will form the content of a book that will be published at the Camberwell degree show in ten days’ time. 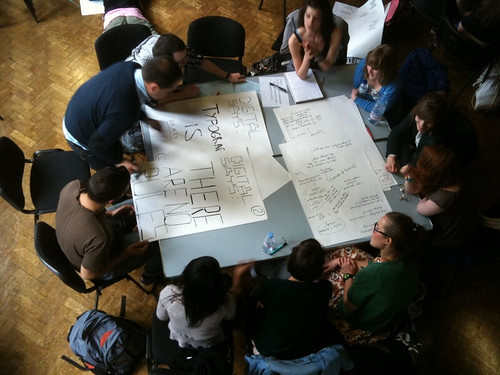 Eye 75 (out now!) is a typography special issue, featuring illustrative type and lettering, calligraphy, type on the Web, a profile of Anthony Burrill and Mark Thomson’s Reputations interview with Fedra designer Peter Biľak, who has just set up the Indian Type Foundry (first release, Fedra Hindi). You can read a selection of pages on Eye Before You Buy on Issuu. Student subscriptions are half price, bit.ly/EyeStudentOffer.

Eye magazine is available from all good design bookshops and at the online Eye shop, where you can order subscriptions, single issues and classic collections of themed back issues.