Lenticular stamps celebrate the work of Thunderbirds and Stingray creator 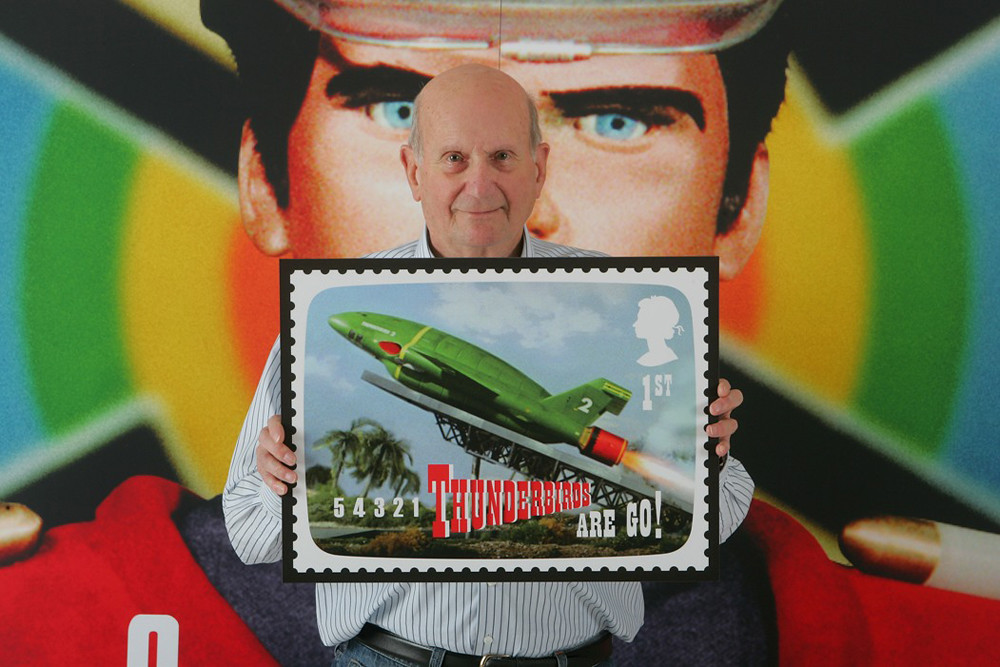 Generations of British children grew up enthralled by the puppet creations of Gerry Anderson (above). We all had the toys (I remember a particularly fine die-cast Stingray, sadly lost), and stocked up on yoghurt pots for weeks to recreate the Thunderbirds Tracy Island model that the BBC’s Blue Peter had made earlier, writes Alexander Ecob. 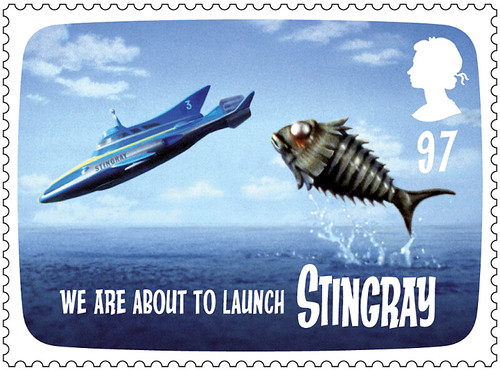 Whether you were a Captain Scarlet fan, or bickered with your friends over who got to be which Tracy brother, Anderson’s work is still held in a high regard one cannot envisage the likes of Tinky Winky or Peppa Pig commanding in 40 years’ time. 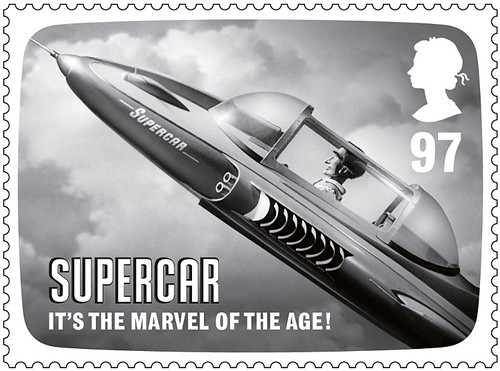 The Royal Mail has made its first release of 2011 ‘FAB: The Genius of Gerry Anderson’, which commemorates his legacy to children’s television. A legacy – as much famed for its gadgets and technical wizardry as its plotlines – that it seems the Royal Mail was keen to recreate. 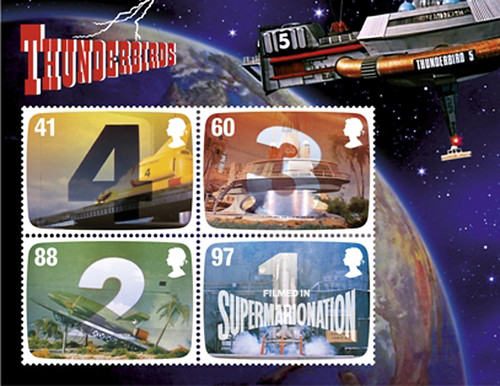 Of the set, four Thunderbird stamps (above) make use of microlenticular technology, allowing an impressive 35 frames of motion to be displayed on each, meaning that, when tilted, each stamp shows the iconic launch of its respective craft.

Watching Thunderbird 2 soar past those flattened palm trees, I’m six years old again. After all these years, Anderson’s metallic machines have lost none of their lustre. 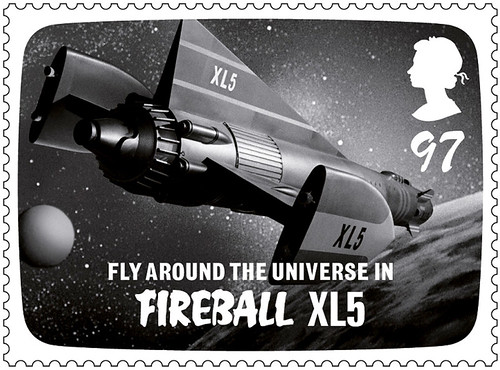 Images supplied by the Royal Mail. You can buy the sets here.

More about stamps in Eye 78, currently on press.

Eye is the world’s most beautiful and collectable graphic design journal, published quarterly for professional designers, students and anyone interested in critical, informed writing about graphic design and visual culture. It’s available from all good design bookshops and online at the Eye shop. For a taste of no. 77, see Eye before you buy on Issuu.