Swiss travel books and posters at the National Library in Bern 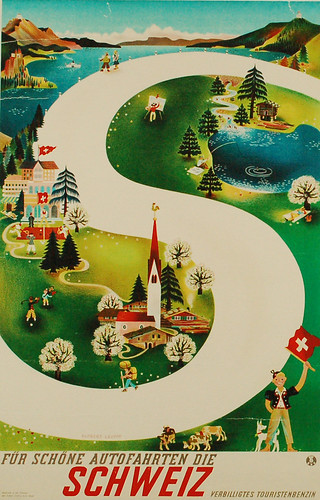 An exhibition of historic Swiss travel books and posters at the Swiss National Library in Bern reminds viewers that tourism in the region is ‘old as the hills’ – and so is the printed matter that it generates, writes Jane Cheng.

In fact, Swiss travel literature dates back to the eighteenth century, when wealthy gentlemen on grand tours made use of idiosyncratic epistolary descriptions to discover the best hotels and to keep from getting lost. 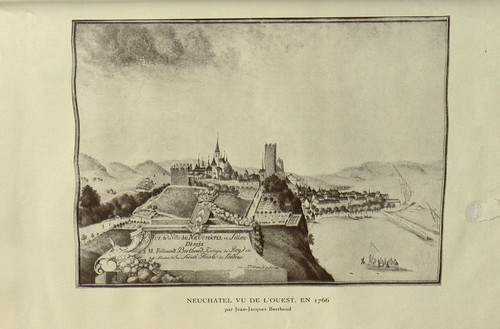 In 1766 Samuel-Frédéric Ostervald wrote in his Description of the mountains and valleys that make up the principality of Neuchâtel (above) that he hoped ‘the foreigners who tour the mountains might relax agreeably’ in a land where ‘the inhabitants often attract strangers distinguished by their rank and enlightenment’ (since photographs of the books were not allowed, this example comes from Harvard University's Houghton Library). 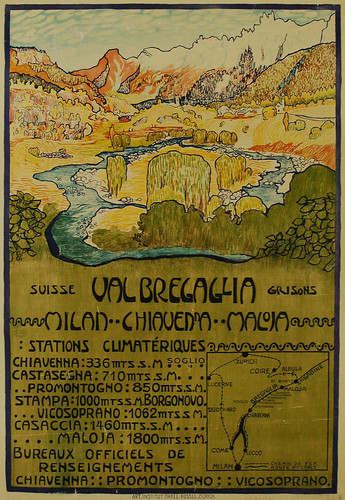 As the first stage of the industrial revolution took off both in Switzerland and abroad, tourism became an increasingly popular pastime. Then, in the nineteenth century, travel guides were augmented by travel posters. Although the basic components of the ‘attraction of Switzerland’ have perhaps remained constant, in posters we can clearly see the extent to which their image has altered with the times. 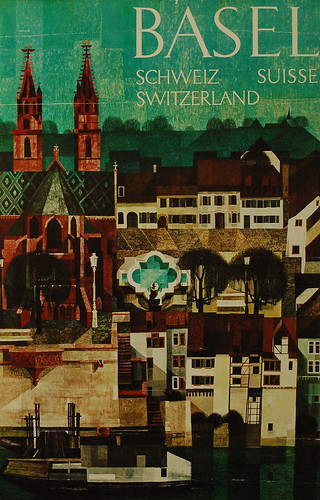 Most of the old cliches bear not even a trace of the clean white cross: rather, we see art-nouveau drawings of the Tessin alongside an eerily cheerful 1943 enticement for a car trip (top), a pseudo-cubist view of Basel, and finally in the 1980s the requisite mountain photograph. 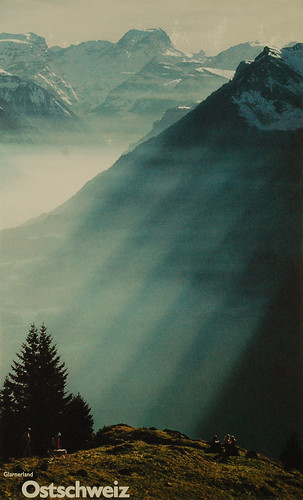 But then again, there are always traces of the image we know today: an early emphasis on technology, high-quality production, and a seamless mixture of kitsch and modernism. 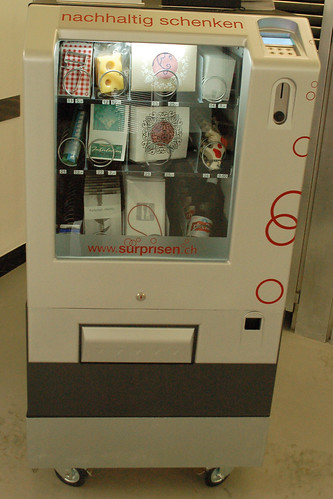 To accompany the Swiss image in all of its manifestations is a Swiss vending machine, located just outside of the exhibition. It sells, among other things, vacuum packed emmenthaler, mountain-shaped Toblerone, and small wooden cows replete with bells.