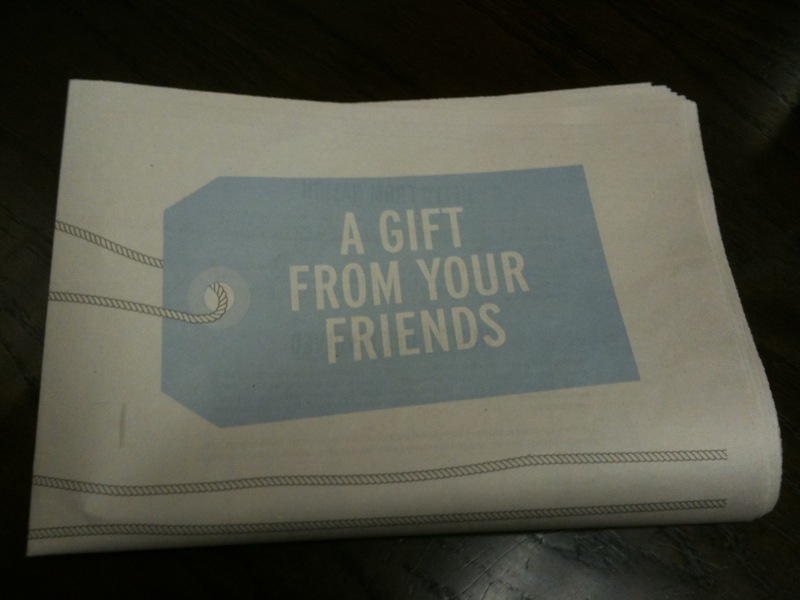 Sometimes I feel like a Rhinestone Cowboy, writes Eye editor John L. Walters, ‘getting cards and letters from people I don’t even know’.

Especially at Christmas and New Year, when the postbag is bulging with graphic designers’ greetings cards.

But it’s nice to know that Esther and Mike and Chris and Kerrie (or maybe Kennie) wish us well, along with people we actually do know, such as Phil Baines and Catherine Dixon (below), Mr Edwards, Ecal, Nick Asbury (‘Pentone Panto’) and Michael Johnson, who sent us his cheerfully recycled magazine (a copy of Wired this year) cut in the shape of snowman. 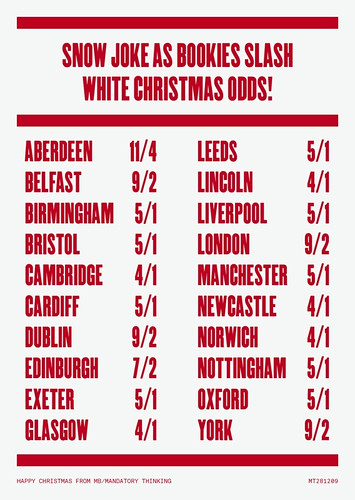 Matt Busher sent an e-card (above), as did Massimo Vignelli (below) …

MetaDesign sent a box of cards (without envelopes) reprinted from the past decade and Brisbane’s Inkahoots followed up last year’s comment on the banking crisis with a more restrained pictograph (below). 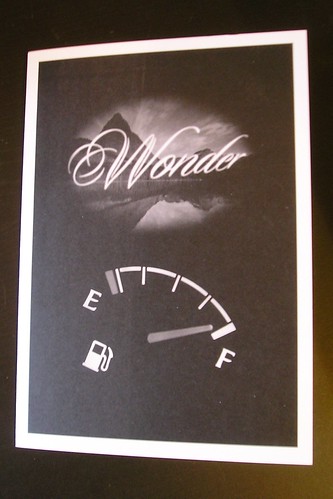 Some organisations took a more promotional line: ART+COM’s night sky chart, complete with Nietzsche quotation, turns out to be a list of awards. The Design Council’s offering (below), an ironic design brief for Santa (‘Design an ergonomic and wholly sustainable vehicle …’), paper-clipped to a Kapok card, was a bit minimal, but nicely signed by all their ‘media team’ including ‘Exstacia’ (who sounds like a character from Ambit or an extra Hawkwind dancer … unless I misread the signature). 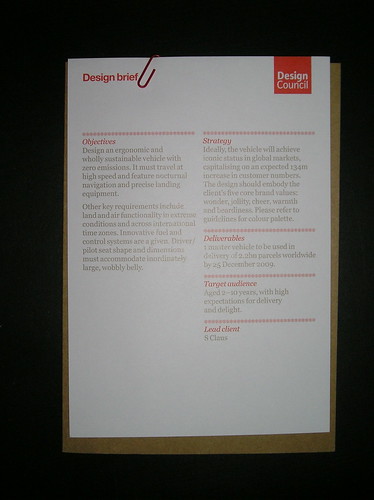 A friendly (‘Keep up the good work’) card from Greentarget attracted more smiles, with its pie-chart and belt index. Thank you Brian. Or is it Simon? (Can’t read that signature either.) 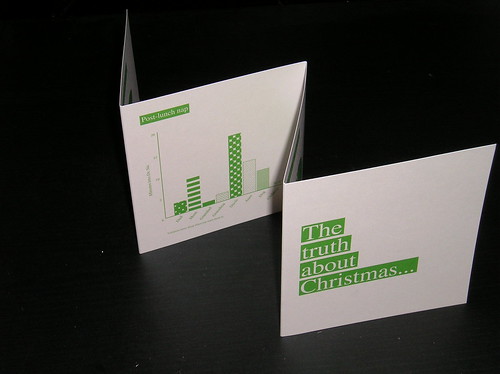 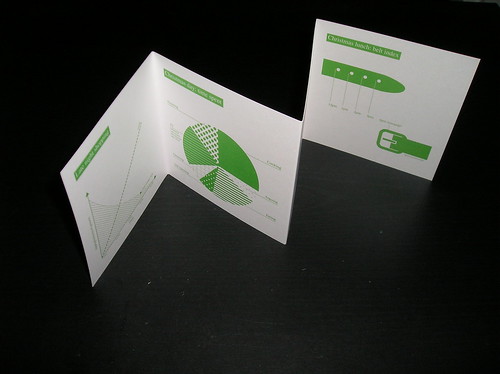 Several cards aim to entertain us over the holidays, such as Demian Conrad’s ‘Don’t spend money on graphic design’ with its Akzidenz Grotesk stickers or Pentagram’s chunky, debossed ‘What type are you?’ card (below), which takes you to an online, four-part quiz with an ‘interactive’ psychiatrist. 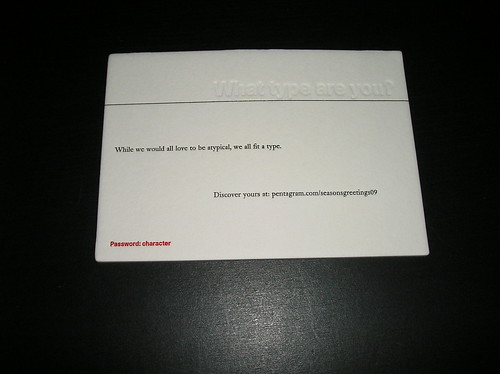 However the most diverting ‘non Christmas card’ was a newsprint tabloid that arrived bearing the words ‘a gift from your friends’ on the cover (below), from Nation. We don’t know anyone there yet, but they turn out to be near neighbours. 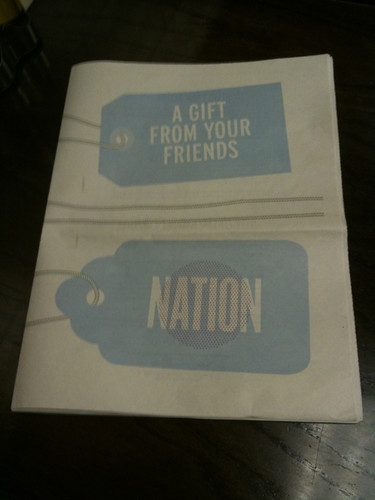 A preamble explains that the paper ‘is the result of a year’s worth of procrastinating, avoiding doing what we should have been doing and spending way too much time browsing the internetz.’ 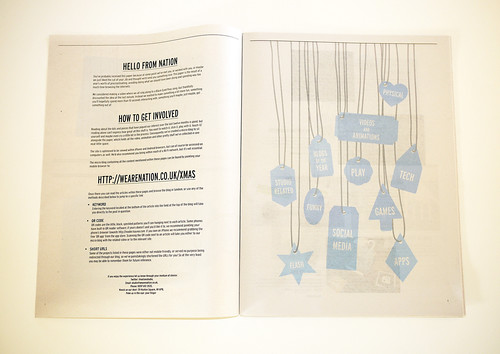 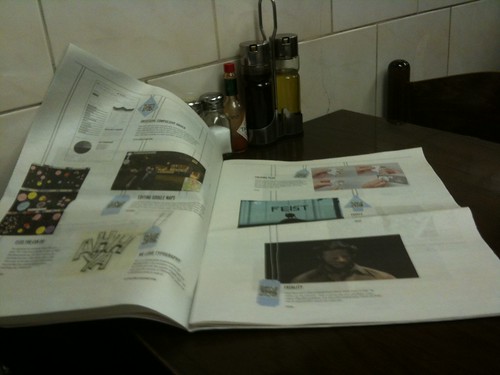 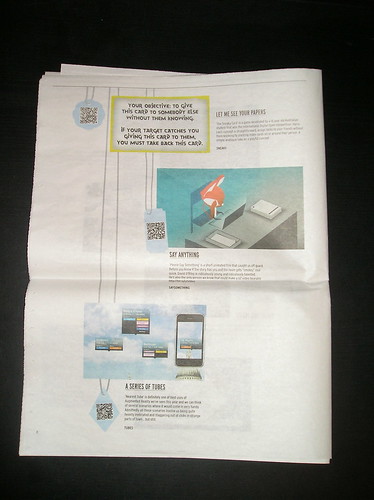 … and miscellaneous stuff such as ‘Let yourself feel’, a fluid dynamics video by Esteban Diácon, ‘Twitart’ and the mesmerising Yooouuutuuube (below). The festive QR tags didn’t work on my annoying iPhone, but you can see all Nation’s recommendations on a special part of their site – a few self-promotional things are tastefully inserted in the middle, as they are in the tabloid. (They have now posted a blog about making the newspaper, too, and a Flickr group of images.)

Happy New Year from everyone at Eye, the international review of graphic design.

Eye is a quarterly magazine is available from all good design bookshops and online at the Eye shop, where you can buy single issues. Take out a subscription, and get Eye delivered to your door, anywhere in the world.