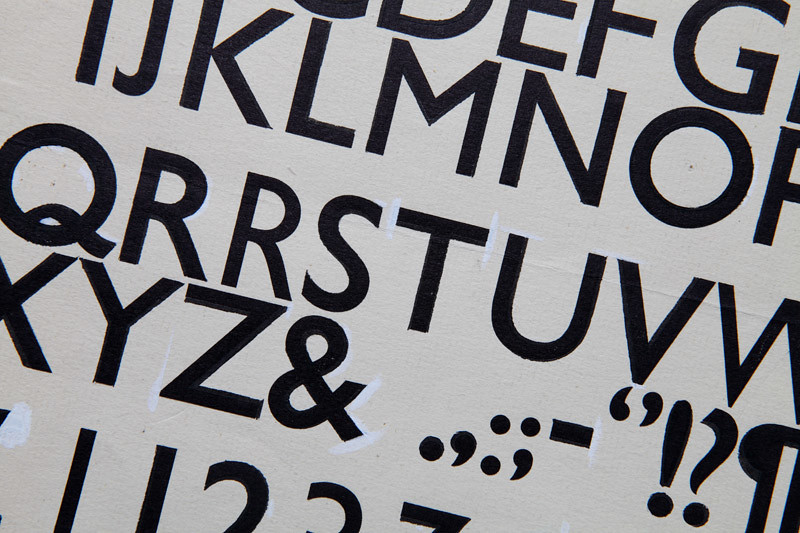 Here are some more examples of Eric Gill’s sketches for the Gill Sans family, courtesy of the Monotype archive, and currently on display at GF Smith’s ‘Beauty in the making’ exhibition in London (23-27 April 2012, see ‘Look this way’ on the Eye blog).

Gill’s original artwork needed to be redrawn by Monotype to suit the needs of its manufacturing and casting processes. Once trial characters were printed from metal type, proofs were sent back to Gill. Here you can see a mix of white and black paint used by Gill to adjust the shapes, as well as his annotations in pencil. 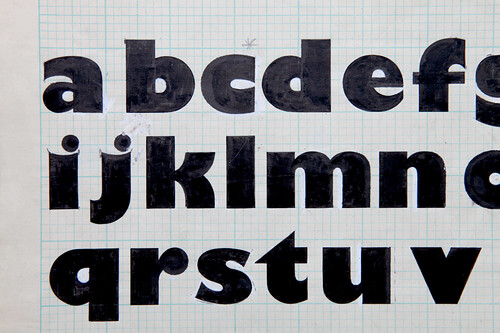 Above and below: Original drawings by Eric Gill for Gill Sans family, made between 1928 and 1933.

Following the success of the display face, a number of variants were added to the type family, including a roman and an italic (series 262, published in 1930), as well as an Ultra Bold (shown here, originally named ‘Double Elefans’ by Gill and published by Monotype in 1936). By the mid-1930s the Gill Sans family included more weights than any other typeface available at the time. 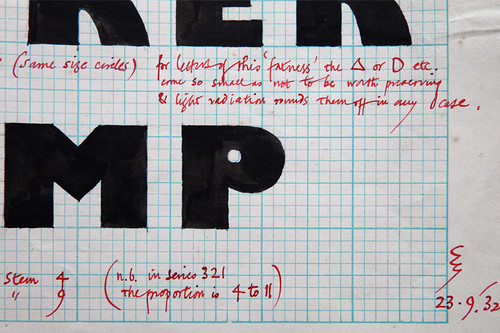 Below: original drawing with test proof in background. 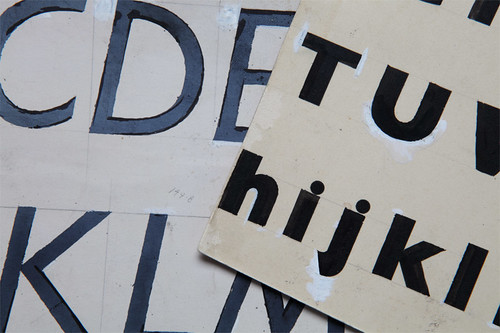 See ‘Look this way’ on the Eye blog, with more images on Eye’s ‘Beauty in the making’ Flickr stream.