Putting the commercial power of story-telling to the test. On eBay. 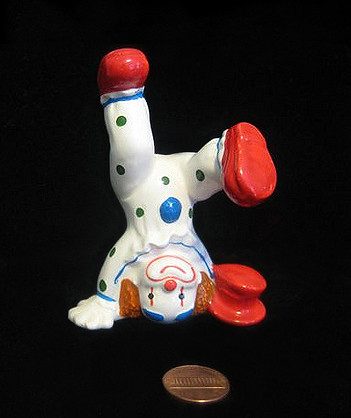 An intriguing experiment is taking place to measure the commercial power of the written word, writes Nick Asbury. Significant Objects exposes 100 writers to the most nakedly commercial arena of all: eBay.

Each has been assigned a near-worthless object bought from a junk shop and asked to write a story about it. Invested with this new fiction, the object should – according to the project’s hypothesis – gain not only subjective, but objective, value. So far, 64 items have been sold for $2,023.96, from an original price of $84.48: a ‘significant premium’ of 2295%. 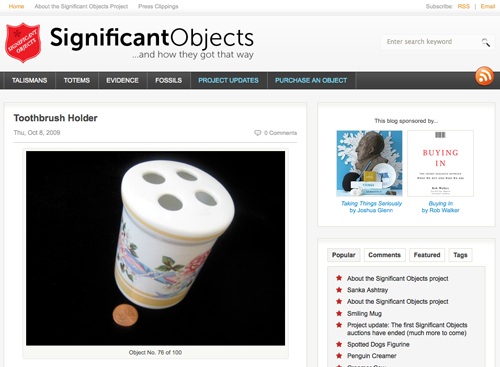 Above: Toothbrush Holder, a ‘Significant Object’ thanks to Terese Svoboda’s story: ‘You are fitting it in between the toilet paper and the shaver accessories, on top of the wart remover and the nose hair clippers. You say, tentacles for moon-people — this is where they store them...’

Rob Walker is the project’s co-curator and explains the thinking behind it:

‘I don't think there's any question that narrative and value are intertwined. All we're doing is putting that idea out there in a different way, and adding a few layers – by drawing attention to invented narrative, by indirectly creating a whole other narrative that has to do with the project itself. People (buyers and writers and readers) want to participate in Significant Objects because it is, itself, a great story.’

Rob describes the project as 51% playful exercise and 49% serious experiment, which seems about right. For anyone involved (like me) in weaving narratives around brands and products, it goes right to the heart of what we do and the difference it makes. As the first UK writer to take part, I’m hoping not to let the side down.

Nick Asbury is a UK writer and author of Corpoetics. His item, Kenny the Clown (top), is on sale on eBay until 16 Oct.