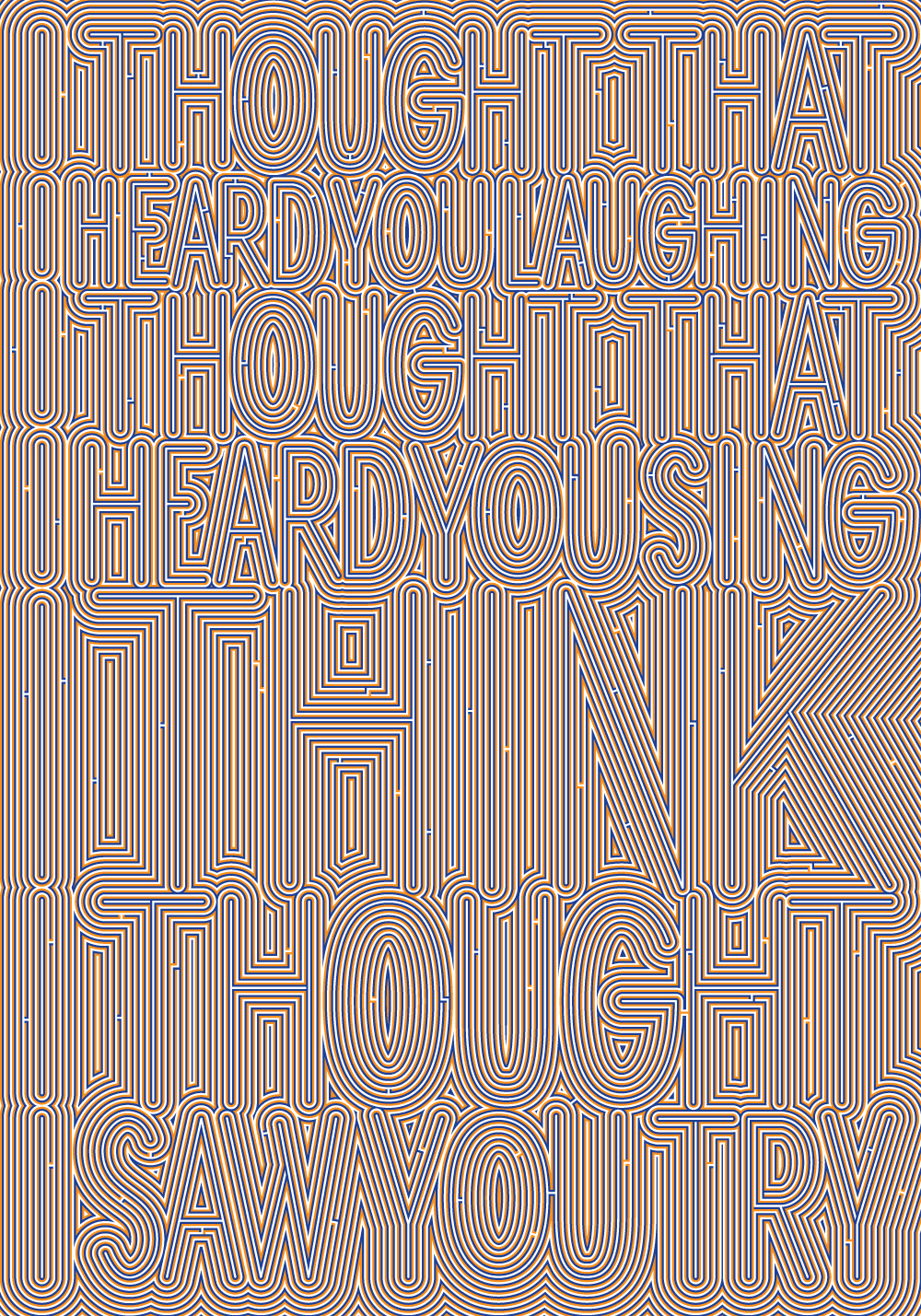 A new exhibition at London’s Stolen Space gallery features large (B1) posters commissioned by Nick Bell Design for publishers Warner / Chappell. The music company is celebrating its 200th anniversary with this project, for which ten different designers and graphic / lettering artists have set text extracts from songs published by the company.

All ten works have been produced as limited-edition silkscreens, on sale at the gallery. 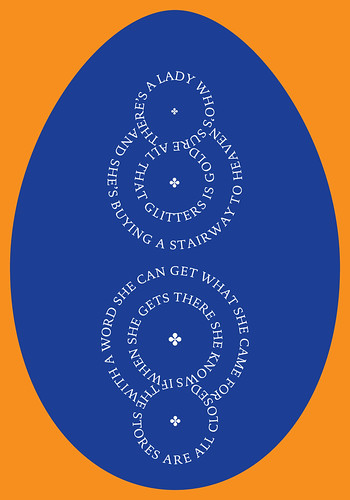 The works on display include a startling Op-Art rendition of lines from R.E.M.’s ‘Losing My Religion’ (top) by French / Italian / Brazilian practice Julia and Nick Bell’s egg-shaped, all-caps treatment of Led Zeppelin’s ‘Stairway To Heaven’ (above), based on Bell’s research into the song’s origins. 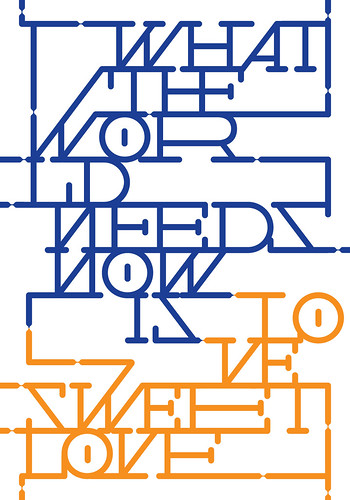 Yomar Augusto contributes this modular version of Burt Bacharach and Hal David’s ‘What The World Needs Now’ (above), while Till Wiedeck of HelloMe turns in a sombre interpretation of ‘Uprising’ (below) by Muse. 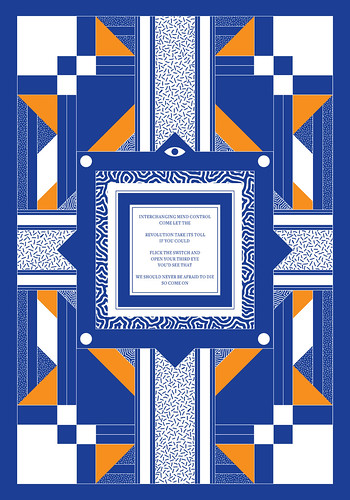 By contrast, Paul Thurlby’s reading of the New Order song ‘True Faith’ (below) steers away from any Factory / Peter Saville associations with its hand-rendered cheeriness. 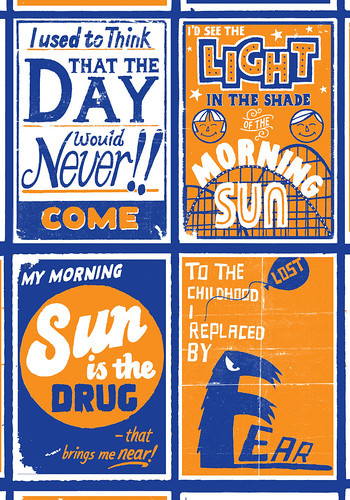 The remaining posters are by Job Wouters (‘There is a Light That Never Goes Out’), Stefan Glerum, Jung + Wenig, Fanette Mellier and Michiel Schuurman’s version of Radiohead’s ‘Karma Police’ (below) – quite a challenge for the printer. 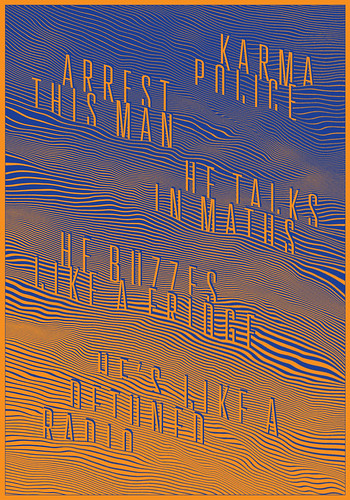 Nick Bell Design have also designed a 200th anniversary book for Warner Chappell that includes all ten poster images, plus personal notes from many of the publisher’s songwriters and composers, such as Gamble and Huff (below) and Stephen Sondheim. 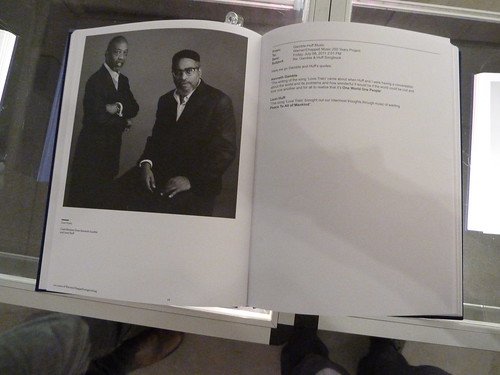