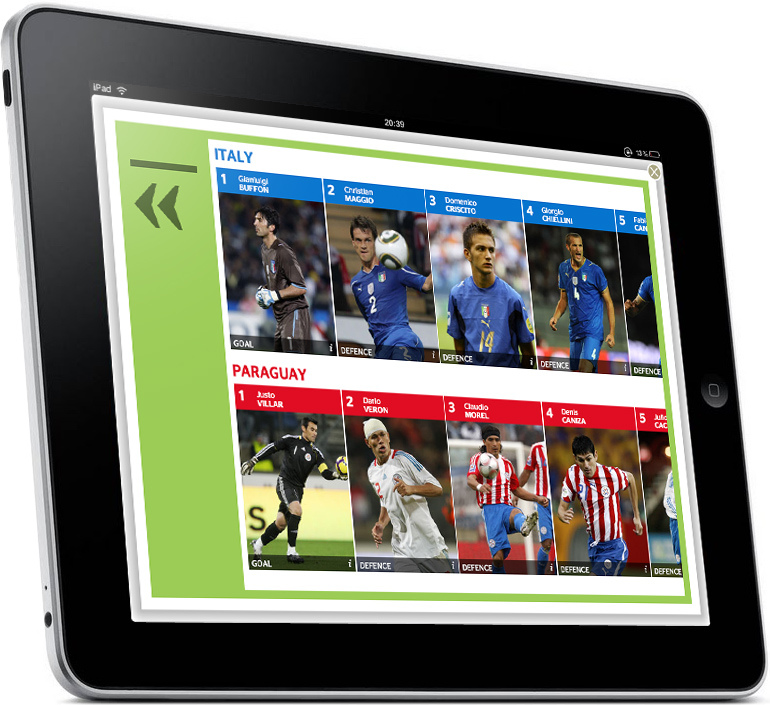 Speakers included Jon Hill, the design editor of The Times, Joe Sharpe of Applied Works, and Jeremy Leslie (who has blogged about the event here).

Top and below: World Cup App for The Times by Applied Works. 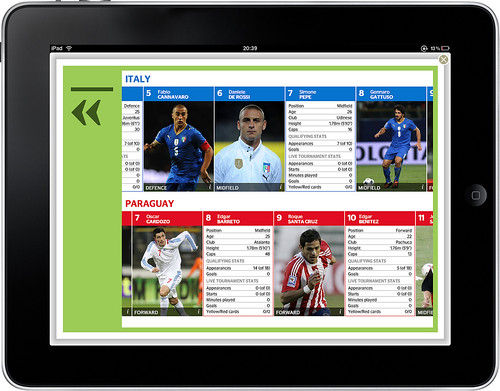 It was evident that many people in the audience had used an iPad, but very few actually owned one. Perhaps the fear of the unknown was causing many of us to question whether it would be a wise purchase – that, and the price. Apple have developed an ultra-seductive, slimline piece of technology, but what can the platform do that Web and print cannot?

Jon Hill opened the evening with an informative insight into The Times’s new iPad app (see ‘What’s (first) on your iPad?’). He then teamed up with Joe Sharpe to talk us through the initial concepts for the app and explain the design challenges that the team faced. The Times wanted something that recreated the newspaper in digital form, rather than just a repetition of their website. It had to be easy to use, clear to read and hold the bulk of the printed newspaper’s content. They navigated through the app, showing us the different avenues and ways that you can use it. iPad apps need to work horizontally as well as vertically, an important factor when considering the grid! 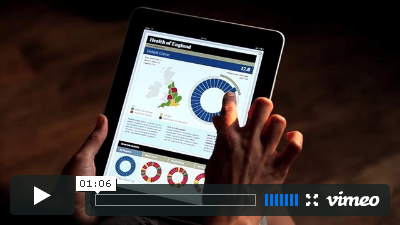 Sharpe then talked about two other apps that his company has worked on, including The Times World Cup and Health of England (above and below) apps. Each one is very different and it became clear just how much thought was needed for every aspect of the app. 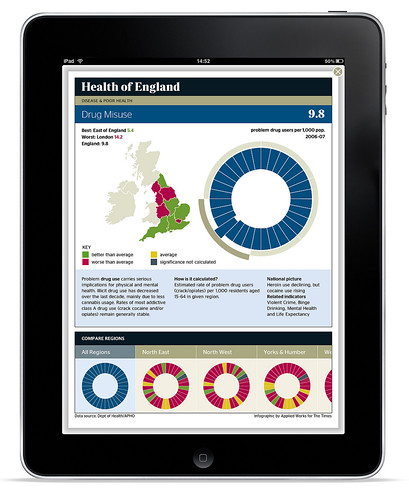 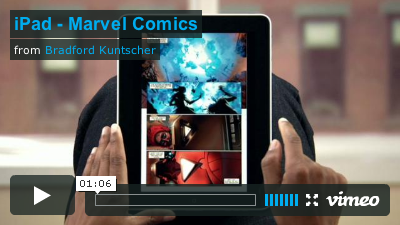 Jeremy Leslie concluded the event with a demo of a few other publishing apps out there, including Time Magazine, Popular Science and Wired. However, the one that stood out most for me was the Marvel app (above). I found that comics really came to life on this new platform; they were almost film-like. The whole evening highlighted many exciting possibilities for publishing media over the next few years.