Spraying over the cracks 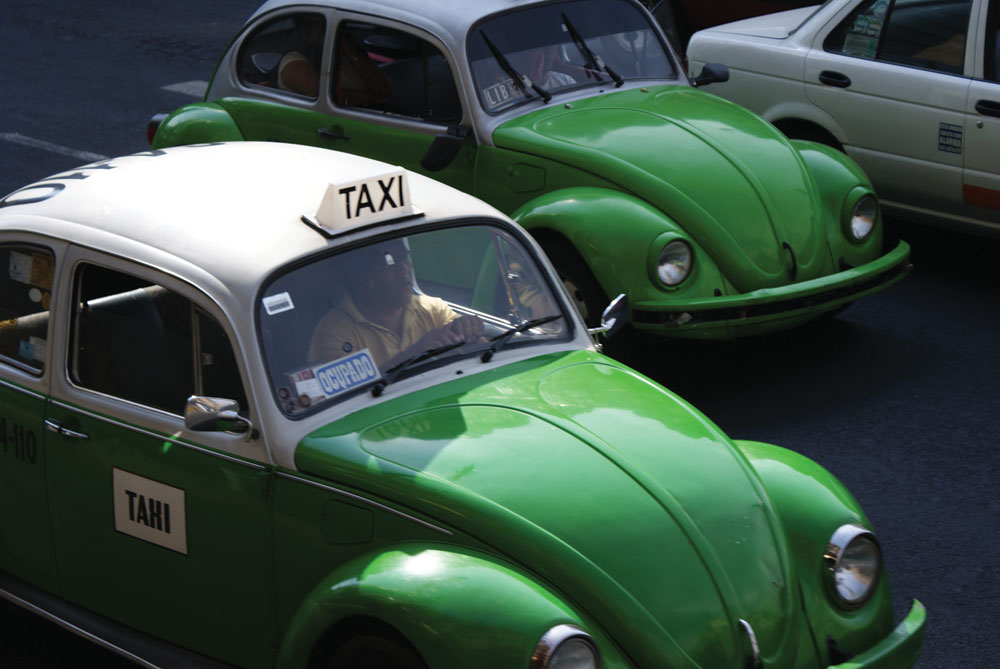 Film director Roman Polanski once wrote that he visualises cities as colours: London, he observed, is red. To which, writes Daoud Sarhandi, I would add ‘and black’. Once upon a time these colours were ubiquitous – before the city’s telephone boxes, letterboxes and buses had facelifts.

In the privatised 1980s, London’s visual identity shifted; even ‘black cabs’ took on gaudy marketing hues. Yet London retains its battered identity; when you step on to a street you know where you are. The same is true of New York, thanks to more than 13,000 yellow cabs that saturate its streets.

When I first came to live in Mexico City I perceived it as green and yellow (all road bridges and underpasses seemed coated from the same two pots), alongside the distinctive green and white of its taxis. I naively imagined it must always have been this way. Last year, however, it was announced that the official taxi livery would be replaced, with a ‘tasteful’ gold / burgundy combination augmented by stick-on motifs depicting the city’s ‘Angel of Independence’ monument. This transformation is now well under way.

Below: New following the old. 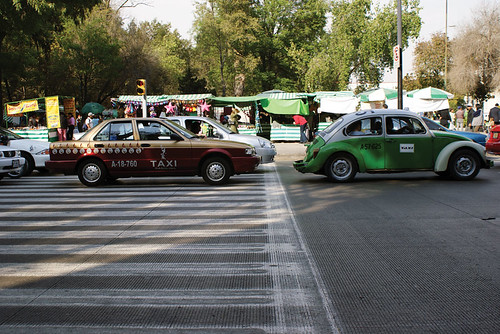 Why would anyone scrap the green-and-white livery? (There are an estimated 100,000 examples on the streets!) Yet this is not the first time Mexico City taxis have changed colour; it happens every time there is a general election. Every six years, the city loses its mayor, who, like the country’s president, is constitutionally prohibited from more than one term in office. The incoming bigwig then drives out everyone connected with the outgoing bigwig, reinventing almost every aspect of civic life.

A change of administration invariably means that each poor taxi driver has to fork out for an expensive, obligatory paint job, or forfeit his licence. In the past four decades, Mexico City’s taxis have undergone seven colour changes. 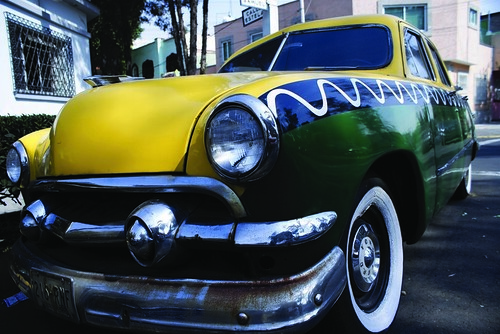 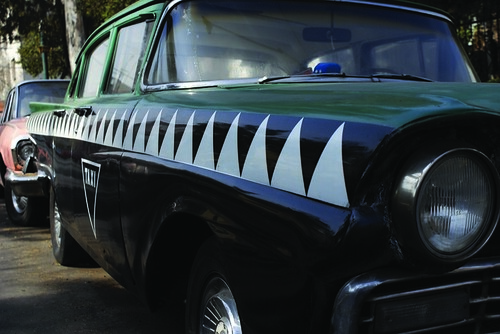 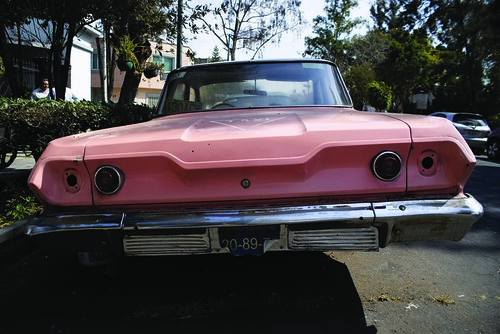 Above: examples of previous colour changes.

So, will the revamped gold / burgundy taxi livery unify Mexico City’s public visual image? I ask Luis J. Rios, general director of the private Galería del Autotransformer del Distrito Federal. It is doubtful, he explains: between now and the next general election it is logistically impossible to respray or replace all the cabs. Long before any visual homogeneity can be achieved, another set of incoming politicians will impose new whims on the city. ‘It gives them a kick to see something they doodled on the back of a serviette spread all over the city, showing up on postcards and on the internet,’ he says. ‘What’s more, a taxi driver cannot have his car resprayed in any old garage; he must go to a government centre, which uses paint from only one [well known international] manufacturer. Only precise shades of gold and burgundy are officially accepted.’

Meanwhile, the abysmal Mexican postal service is also undergoing an image transformation, with garish lime-green and shocking-pink livery, and a white cartoon dove carrying a letter in its beak. According to President Calderón (elected July 2006), the purpose of this new identity is to ‘instil confidence’ in a postal service that can take a week or more to deliver a letter within the city, and up to one month to send a letter across the border to the United States. What the country needs is responsible government, more efficiency, less corruption. Graphic identity – colours, logos, brands – can wait. 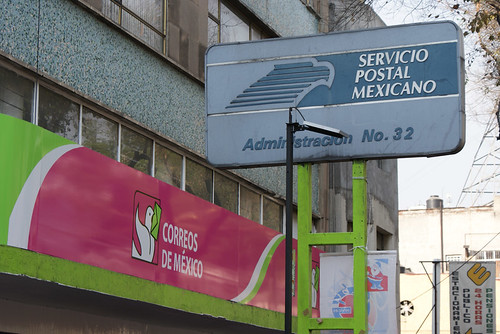 Above: From blue eagle to green / pink carrier pigeon.

Below: Advice on how to spot a Mexican taxi ‘pirata’. (Image courtesy: www.setravi.df.gob.mx) 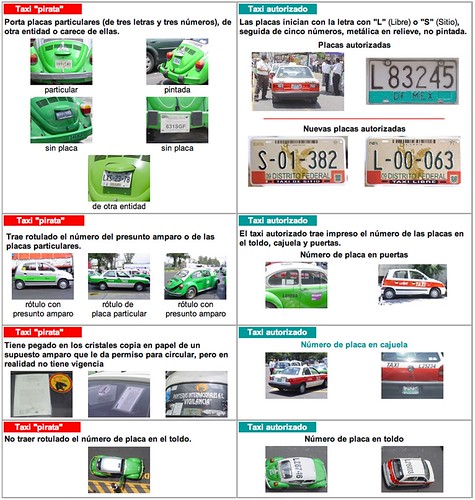