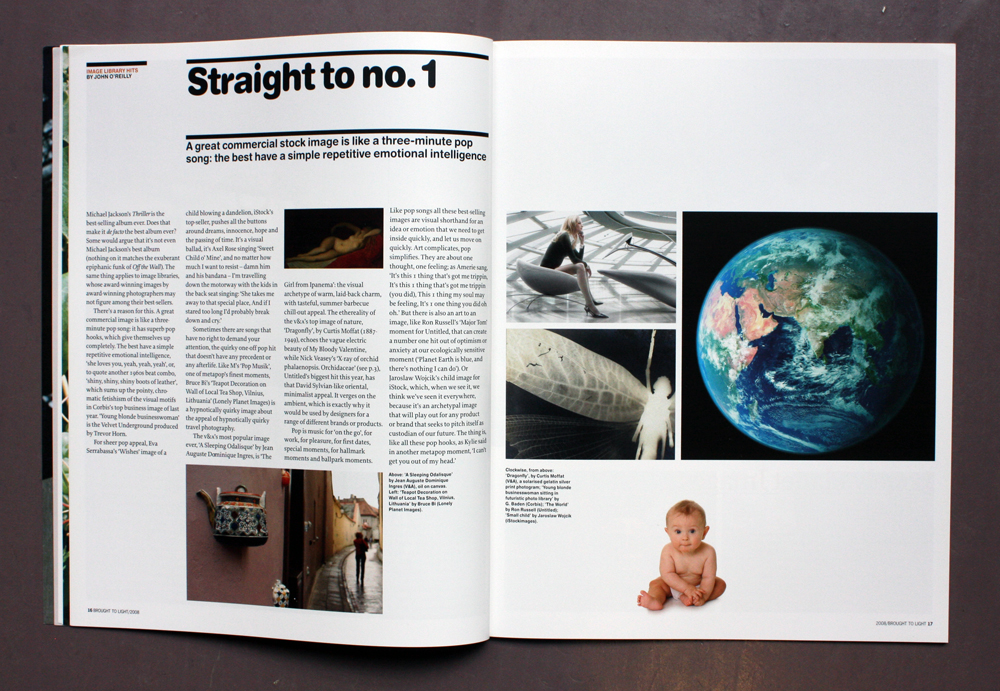 A great commercial stock image is like a three-minute pop song: the best have a simple repetitive emotional intelligence.

‘Straight to no. 1’ by John O’Reilly, from Brought to Light. 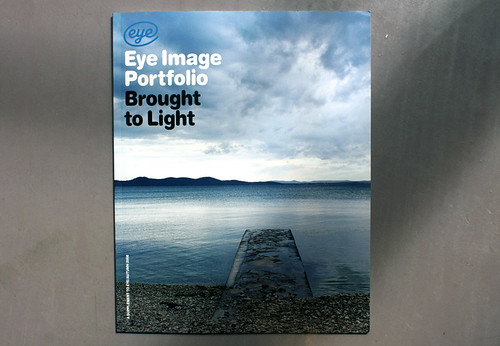 Michael Jackson’s Thriller is the best-selling album ever. Does that make it de facto the best album ever? Some would argue that it’s not even Michael Jackson’s best album (nothing on it matches the exuberant epiphanic funk of Off the Wall). The same thing applies to image libraries, whose award-winning images by award-winning photographers may not figure among their best-sellers.

There’s a reason for this. A great commercial image is like a three-minute pop song: it has superb pop hooks, which give themselves up completely. The best have a simple repetitive emotional intelligence, ‘She loves you, yeah, yeah, yeah’, or, to quote another 1960s beat combo, ‘Shiny, shiny, shiny boots of leather’, which sums up the pointy, chromatic fetishism of the visual motifs in Corbis’s top business image of last year. ‘Young blonde businesswoman’ is the Velvet Underground produced by Trevor Horn.

For sheer pop appeal, Eva Serrabassa’s ‘Wishes’ image of a child blowing a dandelion, iStock’s top-seller, pushes all the buttons around dreams, innocence, hope and the passing of time. It’s a visual ballad, it’s Axel Rose singing ‘Sweet Child o’ Mine’, and no matter how much I want to resist – damn him and his bandana – I’m travelling down the motorway with the kids in the back seat singing: ‘She takes me away to that special place, And if I stared too long I’d probably break down and cry.’

Sometimes there are songs that have no right to demand your attention, the quirky one-off pop hit that doesn’t have any precedent or any afterlife. Like M’s ‘Pop Musik’, one of metapop’s finest moments, Bruce Bi’s ‘Teapot Decoration on Wall of Local Tea Shop, Vilnius, Lithuania’ (Lonely Planet Images) is a hypnotically quirky image about the appeal of hypnotically quirky travel photography.

The V&A’s most popular image ever, ‘A Sleeping Odalisque’ by Jean Auguste Dominique Ingres, is ‘The Girl from Ipanema’: the visual archetype of warm, laid-back charm, with tasteful, summer-barbecue chill-out appeal. The ethereality of the V&A’s top image of nature, ‘Dragonfly’, by Curtis Moffat (1887-1949), echoes the vague electric beauty of My Bloody Valentine, while Nick Veasey’s ‘X-ray of orchid phalaenopsis. Orchidaceae’ (see below, right), Untitled’s biggest hit this year, has that David Sylvian-like oriental, minimalist appeal. It verges on the ambient, which is exactly why it would be used by designers for a range of different brands or products. 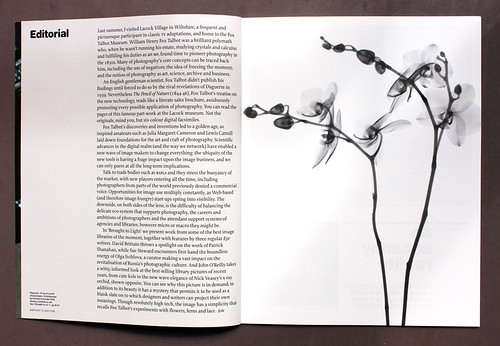 Pop is music for ‘on the go’, for work, for pleasure, for first dates, special moments, for hallmark moments and ballpark moments. Like pop songs all these best-selling images are visual shorthand for an idea or emotion that we need to get inside quickly, and let us move on quickly. Art complicates, pop simplifies. They are about one thought, one feeling; as Amerie sang, ‘It’s this 1 thing that’s got me trippin, It’s this 1 thing that’s got me trippin (you did), This 1 thing my soul may be feeling, It’s 1 one thing you did oh oh.’ But there is also an art to an image, like Ron Russell’s ‘Major Tom’ moment for Untitled, that can create a number one hit out of optimism or anxiety at our ecologically sensitive moment (‘Planet Earth is blue, and there’s nothing I can do’). Or Jaroslaw Wojcik’s child image for iStock, which, when we see it, we think we’ve seen it everywhere, because it’s an archetypal image that will play out for any product or brand that seeks to pitch itself as custodian of our future. The thing is, like all these pop hooks, as Kylie said in another metapop moment, ‘I can’t get you out of my head.’