Street art for the suburbs 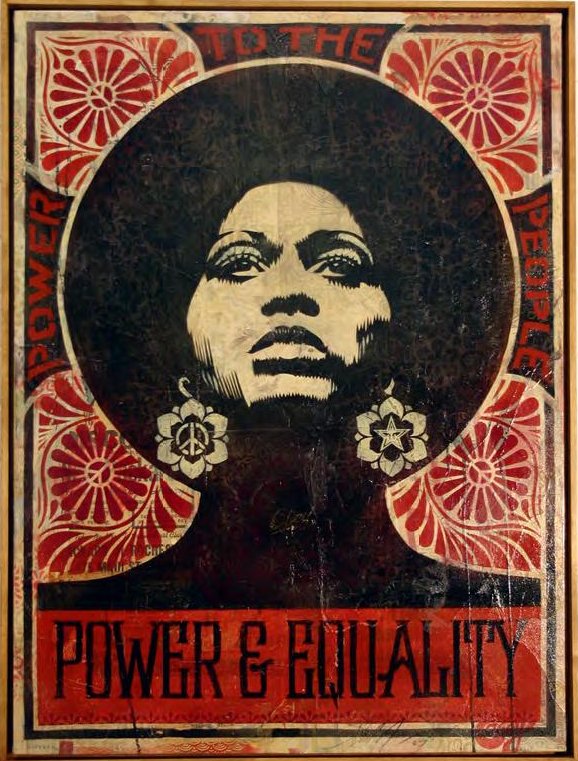 Something seemed to jar when Banksy, a pioneer in subversive (and criminal) artwork, put on his 2006 warehouse show in Los Angeles, with Hollywood’s biggest names on the guest-list and a real-life elephant in the room.

Black Rat Gallery’s latest show ‘Now’s the Time’ features work from some of the biggest names of street art, including Jean-Michel Basquiat, Keith Haring, Swoon, Banksy and Shepard Fairey (top). Last night’s preview took place at Shoreditch House, an exclusive members club with a heated swimming pool on the roof. It certainly felt a long way off the disenfranchised graffiti scene that painted the New York subway in the 1980s. See ‘The words of the prophets’ in Eye 72, Henrik Kubel’s review of the 25th Anniversary Edition of Martha Cooper and Henry Chalfant’s fantastic photo-documentary book Subway Art (image below). 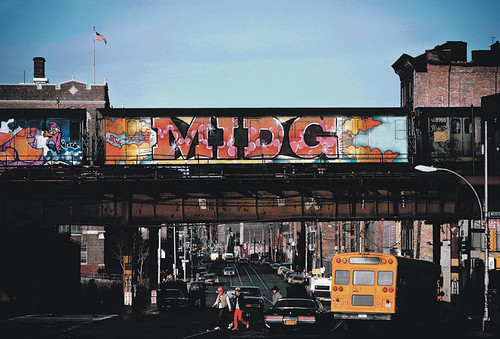 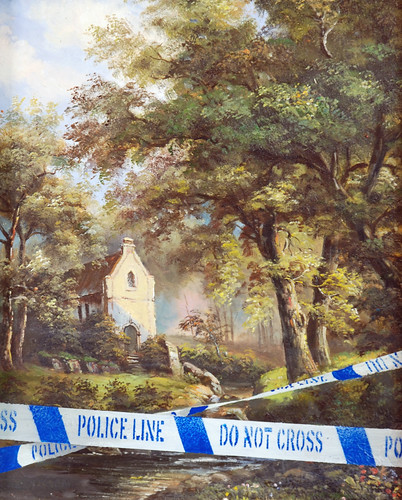 Above: ‘Crimewatch UK has ruined the countryside for all of us’, Banksy

Banksy’s subversive graffiti lost a lot of its ‘grittiness’ when home-owners started protecting examples behind perspex sheets; cheap replica prints appeared on stalls in Camden market; and spray-painted walls were dismantled and sold on Ebay. It’s a process he doesn’t seem to have enjoyed either - the faux ‘shop’ on his website features the following disclaimer: ‘Banksy does not endorse or profit from the sale of greeting cards, mugs, T-shirts, photo canvases etc. Banksy is not on Facebook, Myspace, Twitter or Gaydar. Banksy is not represented by any form of commercial art gallery.’

Earlier this year, property developers announced plans to demolish East London pub / gallery The Foundry to make way for an eighteen-storey hotel. In a move to calm public outcry, the local authority promised to preserve the on-site Banksy mural. But in the Hackney Gazette, the artist objected to the idea: ‘The council should definitely have designated the Foundry as an art space … I would appeal to the developers not to keep my graffiti. It’s a bit like demolishing the Tate and preserving the ice cream van out the front.’ 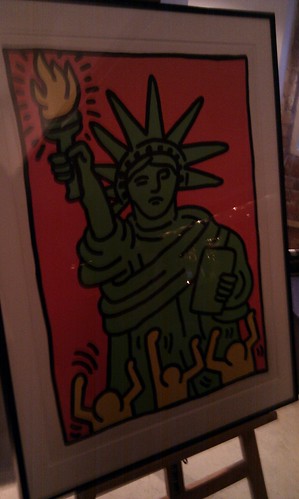 But whilst transience and criminality is one aspect of street art’s raw power, the work of pioneers such as Keith Haring (above) and Jean-Michel Basquiat (below) prove that the transition from graffiti to gallery can be just as arresting. Haring even started selling greeting cards, mugs and T-shirts through his Pop Shop - a deliberately commercial enterprise set up with the aim of reaching as wide an audience as possible. After all, that was the point of his street art in the first place. 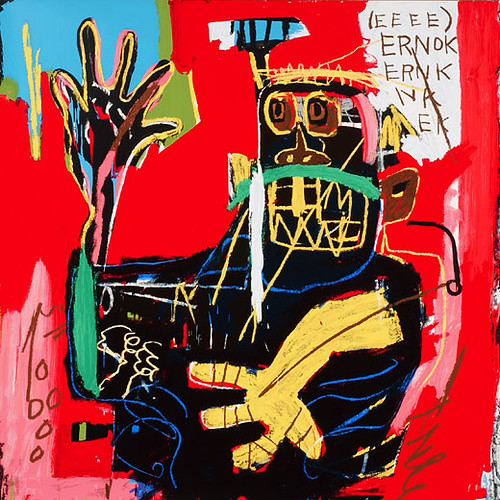 Below: Monkey Detonator by Banksy. 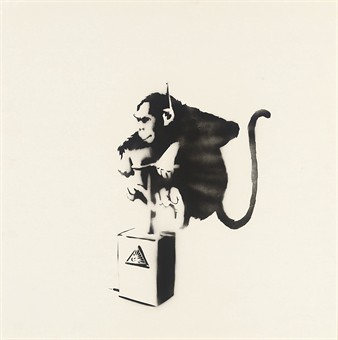 Eye 75 (out now!) is a typography special issue, featuring illustrative type and lettering, calligraphy, type on the Web, a profile of Anthony Burrill and Mark Thomson’s Reputations interview with Fedra designer Peter Biľak, who has just set up the Indian Type Foundry (first release, Fedra Hindi). It’s available from all good design bookshops and at the online Eye shop, where you can order subscriptions, single issues and classic collections of themed back issues.