Digital collaboration in Paris, with Matt Pyke and furry friends 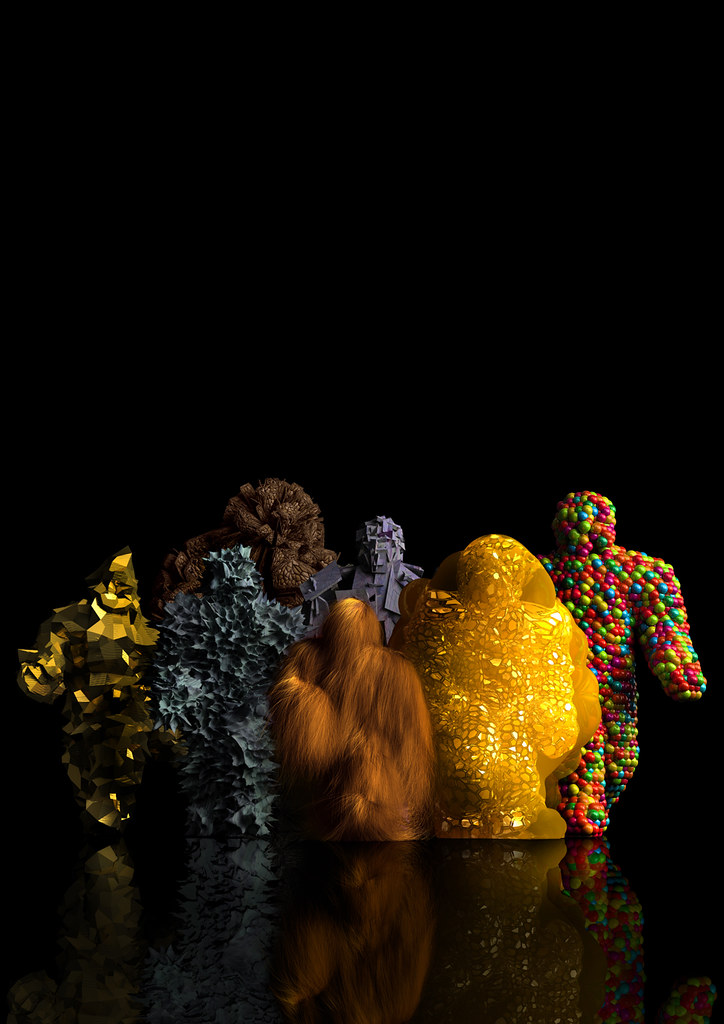 Matt Pyke (a.k.a. Universal Everything) works at the forefront of digital techniques using generative code based processes, writes Mark Webster. Bold, strikingly colourful and invariably experimental, his distinct aesthetic is intrinsically linked with the computer, yet has a certain sensuality driven by an attraction to nature.

But though his work is highly individual, it is often given a dialogue through collaborations with other artists and designers. His latest exhibition ‘Super – Computer – Romantics’, currently running at Parisian digital arts space La Gaîté Lyrique, showcases the cooperative side of his work. 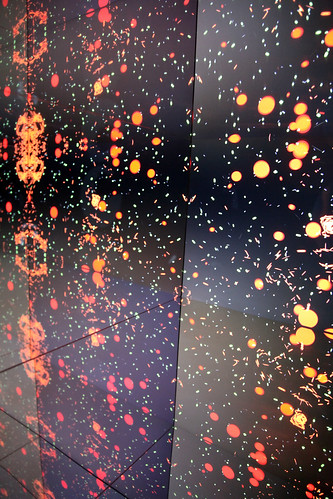 The exhibition presents various pieces; objects, drawings, videos, projections and installations, many of which were created specifically for the event. Each one is a collaboration with Pyke's friends, and all embrace digital processes from a playful and poetic perspective. The results are impressive – from large scale projections such as Chris Perry’s Supreme Believers (above), to tiny generative sculptures made with computational designer, Karsten Schmidt.

‘Generative’ is the modus operandi here, and it’s nice to see that the term has not just been coined for the occasion. It is evidently the underlying process and there is no better example, nor simplier for that matter, than the work ‘76 Seeds’ – a series of 76 hand-made drawings with Simon Thompson, created entirely by a system of simple random instructions. A nod to Sol Le Witt perhaps, but again the work emphasises a process of creation that all the artists in the exhibition have in common. 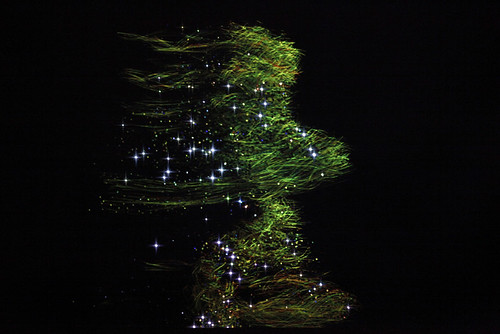 Above: ‘The Transfiguration’, Matt Pyke, Realise Studio and Simon Pyke. 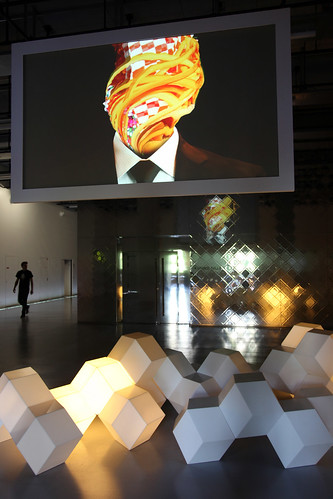 Another dimension, omnipresent throughout this collaborative set up, is sound. Sound really does play an important role in Pyke’s general vision of things, and is provided at this exhibition by his brother and faithful long-term collaborator Simon. ‘Communion’, an installation piece created in collaboration with Marcus Wendt & Vera-Maria Glahn, epitomises the harmonious mélange between visual and sonic. It places the spectator in a big dark room and basks you in an audiovisual feast of pure delight, literally enveloped in a playground of constantly evolving music and generative visuals. Enough to convince anyone to change their ideal bedroom design. 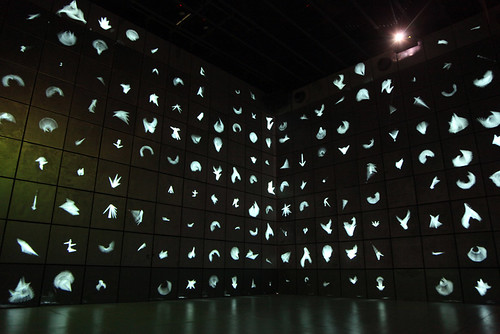 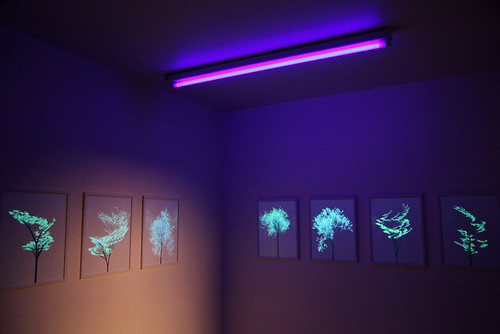 ‘The Transfiguration’ is the exhibition’s emblematic piece, a series of walking figures projected on to a large wall created in collaboration with Realise Studio. They repeatedly mutate between various states, from stone to metal, fire and fur, accompanied each with their own raw sound that resonates on each step and fills the lower part of the exhibition space. It is a reworking of one of Matt Pyke’s earlier animations for MTV, that faithful client upon which a generation of motion graphic designers have been fed.

Spread out on to three levels, ‘Super – Computer – Romantics’ loses itself a little amidst the vast open spaces of La Gaîté Lyrique. And it didn't seem quite right to play a 51-minute retrospective of Matt Pyke's studio & client work on an LCD screen, or the DVD Advanced Beauty which he had curated back in 2009. Especially because these were being presented as part of the numerous activities running alongside the exhibition. That aside, Matt Pyke and friends have managed to claim their space in the heart of Paris. What better place is there to host this group of romantics turned super digital, creating playful, highly imaginative audiovisual pieces that awaken that which is dearest to our human needs – emotion driven by the perennial search for beauty. 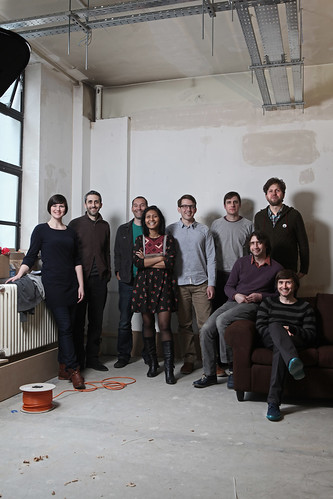 See also ‘Blinded by the light’, David Thompson’s review of the 2008 Advanced Beauty show in Sheffield and Liz Farrelly’s ‘Everything and more’ about UE and MTV.