Last call for the Design Museum’s timeline of London design 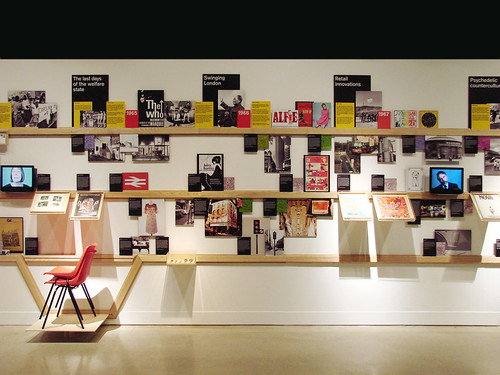 This is the last week of the Super Contemporary show at London’s Design Museum, writes Simon Esterson.

Alongside the specially commissioned projects for improving London, running round the gallery’s walls is a timeline of design in London from the 1960s that’s an exhibition in itself. With images, texts, maps, talking-heads interviews and three-dimensional objects like David Mellor’s cutlery, it integrates the story of architecture, communication, fashion and product design in the capital.

It’s good to see old friends like Design Research Unit’s British Rail logo from 1961, John McConnell’s Biba graphics or Michael Peters’ iconic packaging for Winsor & Newton inks, designed in 1974 and still in use today. (There’s even a copy of the first issue of Eye). 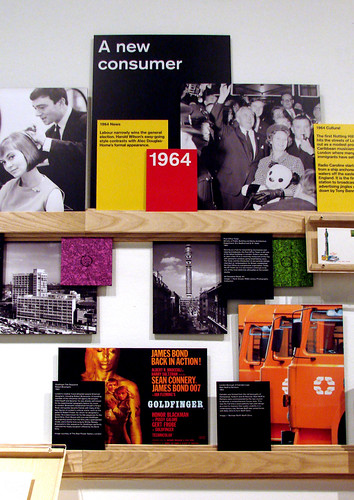 So far, so Design Museum. What really sets this timeline apart is its design: it is a giant grid driven by three wooden rails running round the exhibition perimeter. All the elements spring up or hang down from slots in the rails. The project bought together the apparently unlikely combination of the exhibition’s designer Martino Gamper (famous for his spontaneous recombined chairs) and the exhibition’s graphic designers Bibliotheque (famous for their love of 1972 Olympic graphics and Vitsoe shelving).

The project has brought out the best of both parties. As Bibliotheque partner Tim Beard says, putting all this information together meant that the design system had to be both ‘super organised and super flexible’. Bibliotheque (who also designed the exhibition graphics for Cold War Modern at the V&A and Le Corbusier at the Barbican) are now working on their dream project: the Dieter Rams show opening at the Design Museum in November. 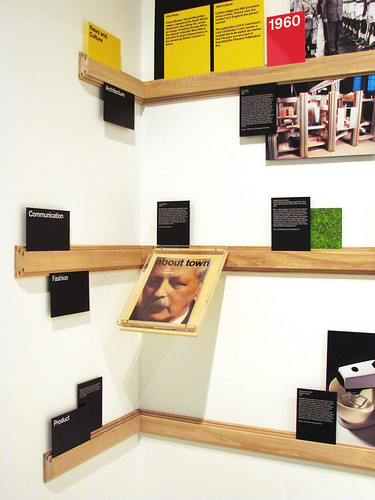