Maths, computers and the internet bring new life to the art of origami 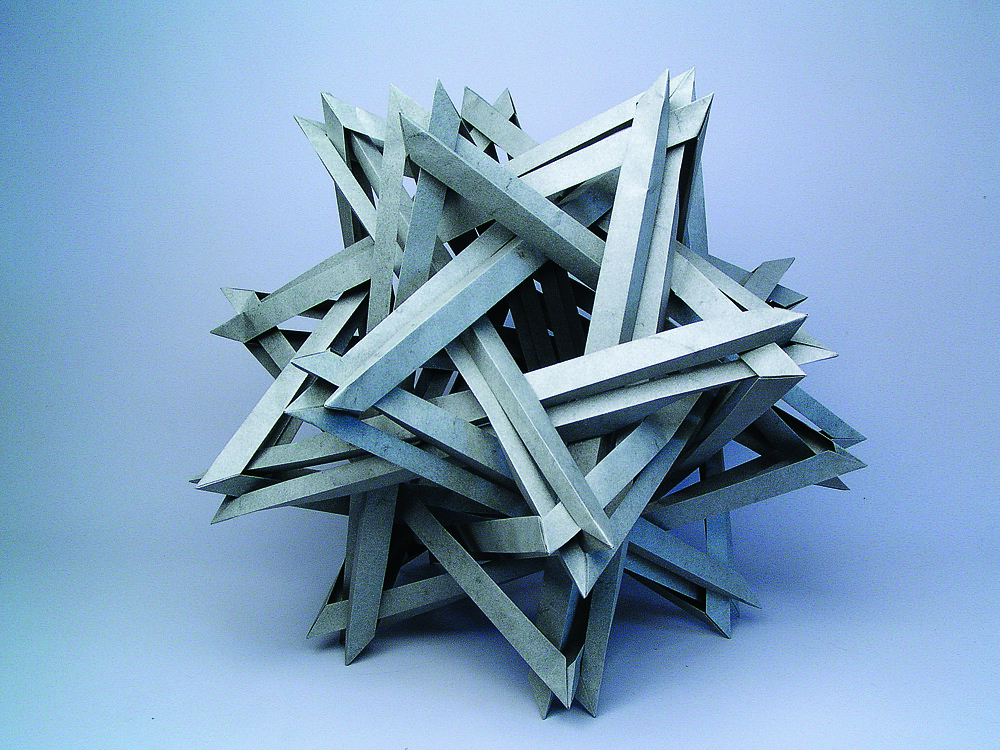 Most of us are familiar with the art of paper folding, perhaps as an amusing pastime with brightly coloured paper, writes Marian Bantjes, a kind of parlour trick or children’s game. To those a bit more aware, origami has intersected with graphic design mostly as a form of three-dimensional illustration – which is one of the ways that paper folders are able to make a living. But a little investigation into the process of construction, and the developments that have occurred over the past quarter-century promise something more intriguing than a delightful puzzle. As with graphic design there is beauty in simplicity, as well as surprising complexity below the surface. 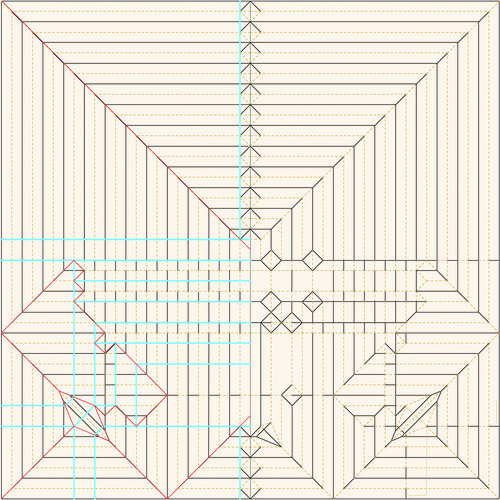 What most properly defines origami is the linear fold – a complex mental exercise in compaction and extrusion. 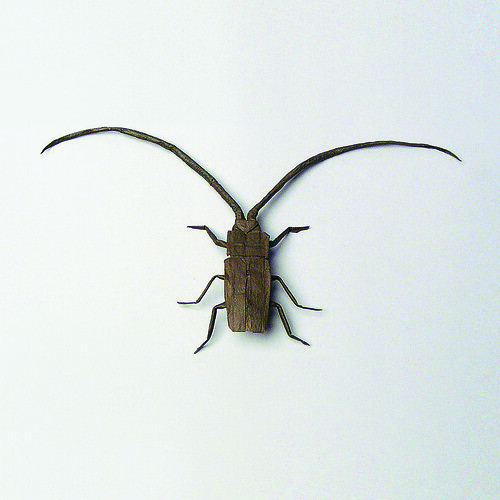 The most whimsical forms reveal gridwork similar to architecture or engineering design, restraints that give origami its allure. 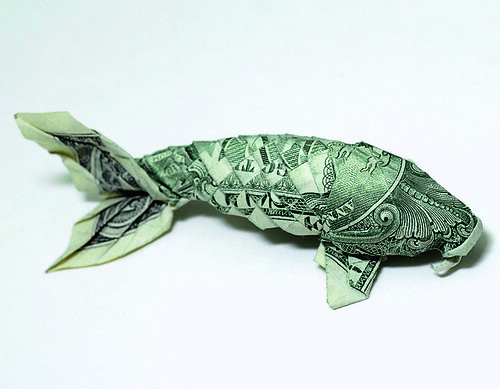 This is an extract from Marian Bantjes’ ‘Surface to Space’ in Eye 67 (Spring 2008). Read the full text of the article here.