This is a code. Now form a band

Venn diagrams, metaphors and the spirit of DIY at Flash on the Beach 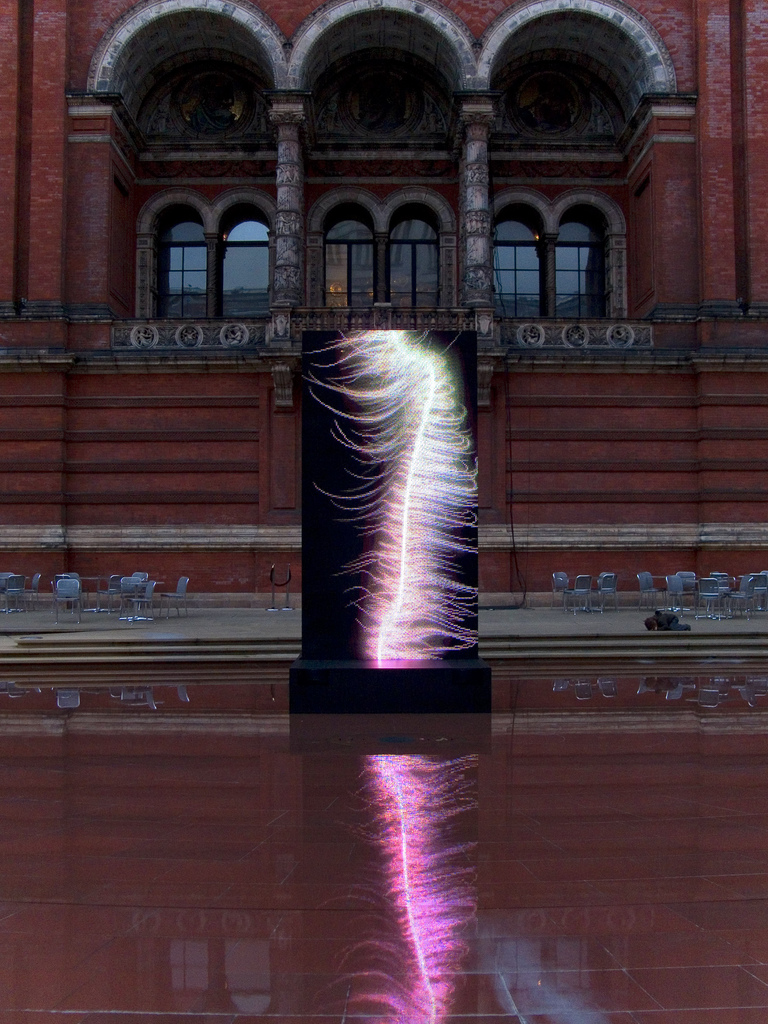 Another year, another Flash on the Beach. How was it for you, asks John L. Walters?

The Eye magazine team (including Hannah, Vicky, John and John) were very happy to be at the Brighton conference, and it was good that many of you came over to our stand (below) to chat during the event. 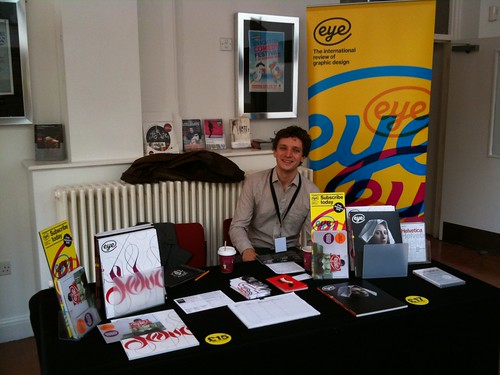 We managed to catch some of the presentations, but there was too much going off at the same time for anyone to get a complete view.

Which is why we want your feedback to Flash on the Beach. What were the highlights? The most controversial bits? The funniest moments? Too much technical detail? Or not enough? Who delivered the most beautiful, creative work?

Speaking personally, I was very glad to witness Elevator Pitch, early on Tuesday morning, in which twenty designers and / or developers were given three minutes each to present something. Heady stuff - we got everything from Rotoscoping 2.0 (nice!) to earnest games evangelism, mixed with some outright sales pitches and Conrad Winchester’s deliberately inept ads for his ASAX B – ‘bang and the code is gone’. For a few of the presentations, three minutes seemed like a very long time indeed (the AIGA’s 20:20 gives people just a minute each) but for most of them, it went by in a flash (sorry). 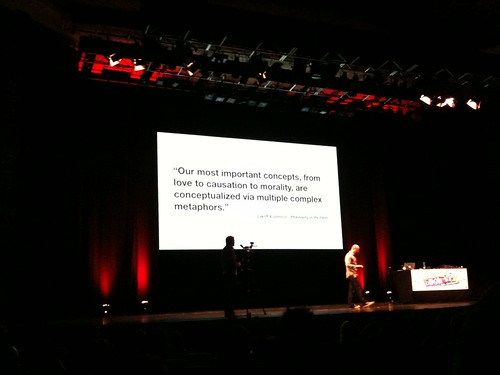 Other impressions: Venn diagrams in talks by Andy Polaine (Play, movement, metaphor, above) and Jer Thorp (science, design, art). Karsten Schmidt (aka Toxi) didn’t use Venn diagrams, but they were there by implication in his plea for more interdisciplinary approaches to life, work and education: ‘There used to be a constant flow between art and science.’

Schmidt showed us work from his Toxiclibs project (see Monday’s blog), from the moving and beautiful Forever installation at the V&A (see ‘Magic box: craft and the computer’, Eye no. 70) and his recent identity for Onedotzero (below), which used the metaphor of magnetic poles. He showed us pages from his workbooks, too: ‘I do most of the important work on paper.’ 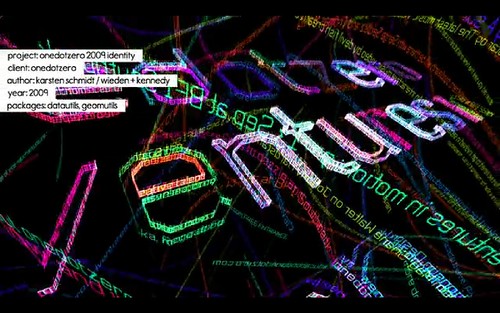 But one of the over-riding themes we got from the speakers was ‘do it yourself’. The tools are all there – Flash, Processing, etc. – and the experts are happy to share their skills, libraries and applications with the newbies. As the Rotoscoping guy said excitedly at Elevator Pitch, ‘You should do it!’

It's like the punk ethos – this is a chord (code?), this is another, now form a band – which made FOTB’s Jamie Reid / Sex Pistols-inspired identity oddly appropriate. 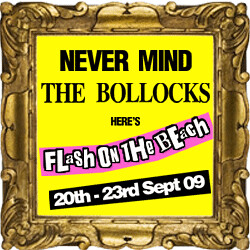 And if your brain started aching from all that information, there was always Guitar Hero. And beer.

Send us your links, pics and thoughts. 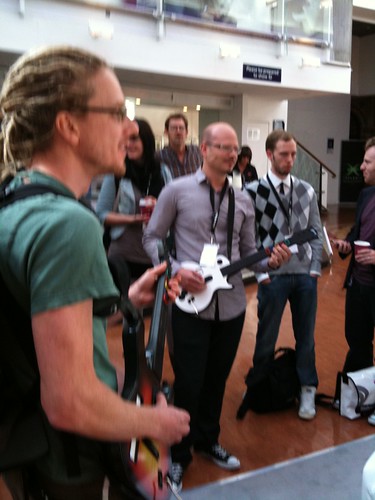