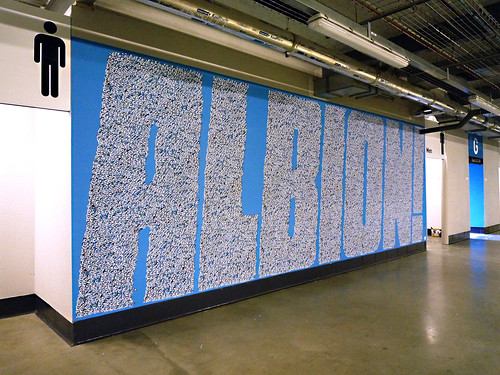 Visit the new American Express Community Stadium, home ground of Brighton & Hove Albion FC, and you might spot some Modern Toss graphics on your way to the toilet.

Jon Link created illustrative versions of the club’s nicknames – ‘Albion!’ and ‘Seagulls!’ – made up of cheering cartoon Brighton fans. According to Link, each letter includes approximately 2000 fans (adding up to a total comfortably exceeding the stadium’s 22,374 capacity).

Modern Toss was one of several collectives and artists invited to provide artwork for the ground. Others include creative collective Corridor, local painter Bonny Cummins, Rob Caddick and photographer Malcolm Glover. Link commented: ‘Usually Modern Toss work lives inside people’s toilets, but as you can see this piece has now ventured just outside … not sure of any other applications as yet, but I reckon it would make a nice pair of curtains.’

More toilet humour temporarily struck the stadium earlier this year, when builders adjusted the seating layout in one stand to produce an image of a defecating seagull. 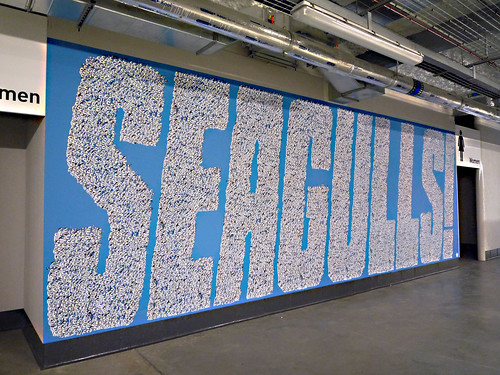 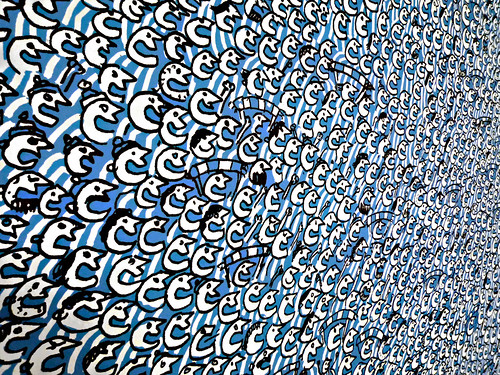 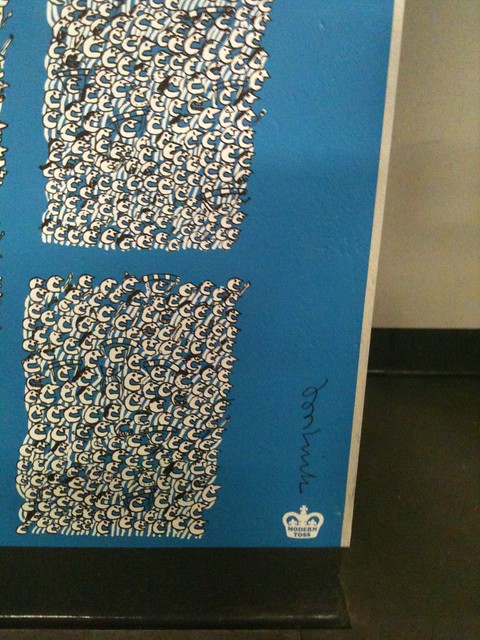 For more Modern Toss, see our ‘They work with words’ feature in Eye 75 (see spread, below), as well as ‘Graphic jokes in the white cube’ and ‘A right royal show’ on the Eye blog. 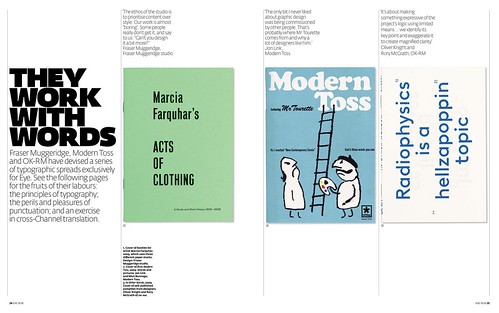 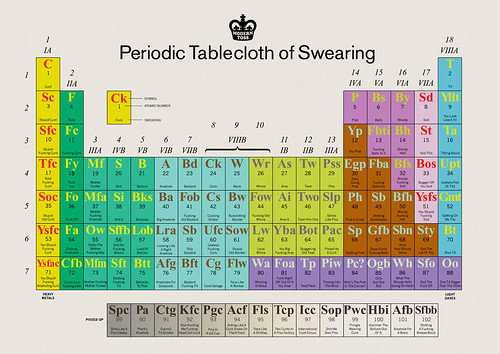