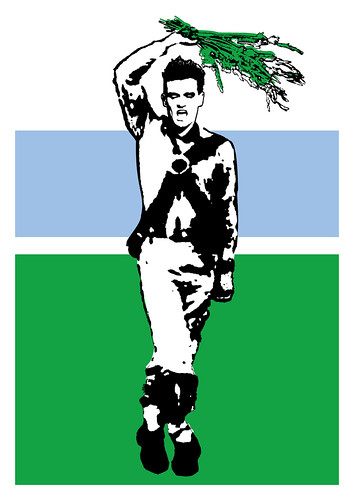 David Owen is Britain’s premier ‘folk artist’. His pieces take iconic visual images and subvert them: traditional lyrics are pasted into the speech bubbles of American pop art, and morris dancing outfits are added to The Clash, Morrissey

and Imperial Stormtroopers. With all this visual rearrangement, Owen’s work is well suited to the archetypal songwriting credit of folk music: Trad:Arr.

It’s been a busy year for the Whitby-based artist. He produced the album cover for Jim Moray’s Low Culture, designed Folk Against Fascism’s logo, and exhibited at Cecil Sharp House – home of the EFDSS (English Folk Dance and Song Society). Most recently, Owen’s work was displayed at the Cambridge Folk Festival, where it went down a little too well. By Sunday teatime, his Star Wars poster (below) had been stolen: ‘I couldn’t believe it, it was this massive 6 foot by 4 foot thing, but I suppose it’s a compliment.’ 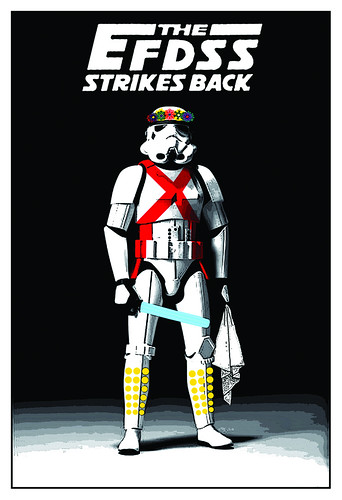 John Ridpath: Why is folk music so important to your work?

David Owen: I love the universality, the shared human experience of folk music. These songs have lived for hundreds, sometimes thousands of years – and still continue to this day. With folk music, it’s more about the song than one person’s gain or ego. And at the same time, it has a terrible image problem. I hate the way it’s portrayed as beards, jumpers, and beer-drinking men sticking a finger in the ear.

JR: So do you think something is lacking from folk music’s visual language?

DO: I used to work in a specialist folk cd shop in Whitby. When I looked at this massive wall of folk cds, I realised that all the sleeves were exceptionally rubbish. There were lots of woodcuts, and the covers were always trying to invoke the ‘good old days’. The whole point of folk music is its relevance today.

JR: Did you spot any well-designed sleeves?

DO: Not many. Eliza Carthy’s Red Rice is good – she has her hair dyed bright red, it’s such a non-folk image. A Celtic band called The Peatbog Fairies did an album called Croftwork (in tribute to Kraftwerk), and the sleeve was a massive close-up of a highland cow’s eyeball. They kept the Scottish connection, but did something a lot more visually exciting than having some fishermen hauling in their nets

Below: Traditional folk record label Topic gets a prog-rock rebrand. 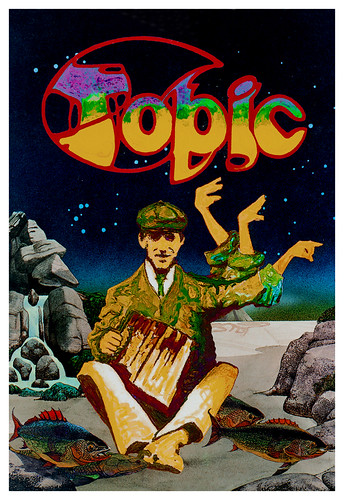 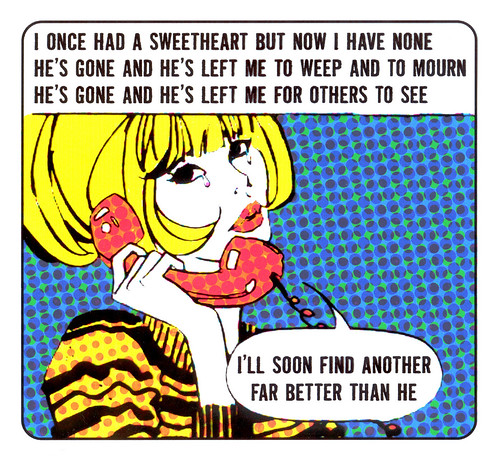 Above: ‘Green grows the laurel’.

JR: On your manifesto, you say that you ‘don’t do graffiti – or street art’. The stencil technique of some of your works does remind me of a certain street artist – is there an influence there?

DO: Because of Banksy everybody sees my kind of art and thinks it must be street art. I am a big fan, but want to make a point of distancing myself from that scene. I’m a massive Peter Blake fan, and Joseph Cornell. I love Warhol and pop art. I’ve always worked in advertising – so I’m interested in what culture consumes and spits back out.

JR: One of your pieces shows Ewan MacColl answering the phone as the ‘folk police’ (below). Do you think that the folk police are still out in force?

DO: Well that’s the interesting thing – is MacColl answering the phone or making the call? I deliberately left it ambiguous. One of his sons complained about the work, and another bought a print off me. But yes, the folk police are still out there! I actually quite like the tension between the traditionalists and the modernisers – that’s what keeps folk going and makes it exciting. 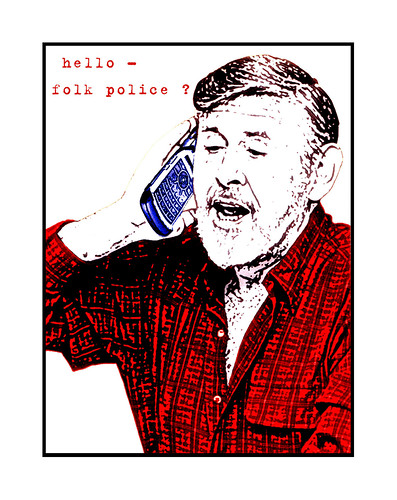 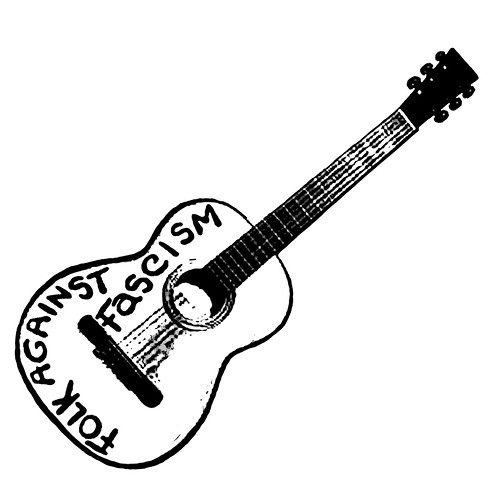 JR: You worked on the logo for the Folk Against Facism organisation (above) – what are your thoughts on the BNP’s attempt to appropriate British folk music?

DO: I’m not the best person to vocalise on this, but it’s appalling that the BNP are able to even consider it. But it’s an unfortunate fact of life that British folk music is generally white, male and middle class – so it’s an easy thing for them to latch onto.

Maybe folk music isn’t as multi-cultural as it should be, and I think it comes back the image problem. It’s up to the musicians and people like me to make it a more welcoming tradition.

JR: Any other projects in the pipeline?

DO: People have been joking about having thousands of Morris Dancers at the 2012 Olympics opening ceremony, but maybe that’s exactly what we should have. I’m a big fan of the morris, and like folk it’s suffered from a terrible image. Maybe it’s time for a revival. 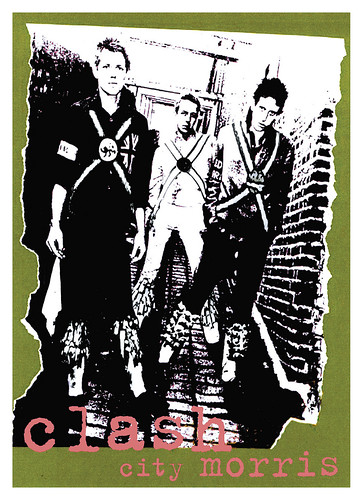