Plus International Design Exhibition in Birmingham 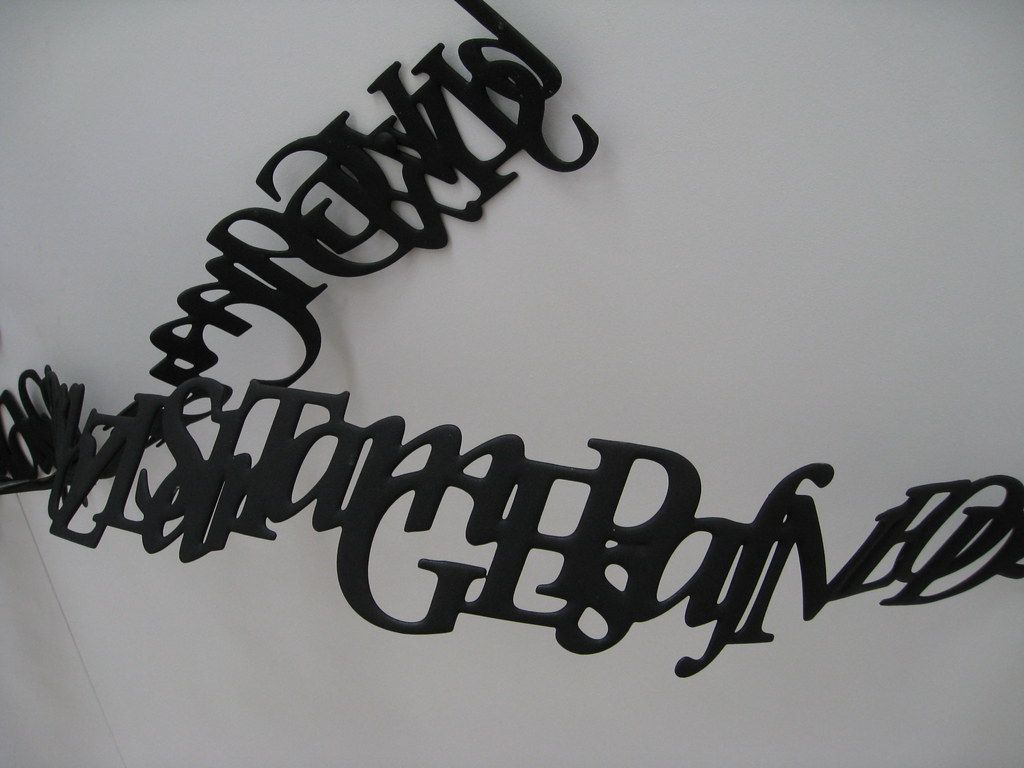 I'd not seen much promotion around the city for the ‘Plus International Design Exhibition’, in Birmingham, last week, writes Chris Unitt, but my worries about attendance were unfounded.

Although one of the organisers told me they had expected more local visitors, the number of people coming from further afield made up for this. Lectures throughout the festival were packed, and not just for those by marquee names such as Jonathan Barnbrook and Steve Bell. The venue, Fazeley Studios, is currently being transformed from a Digbeth warehouse into a haven for the city’s creative agencies. In its current state it provided a blank canvas on which the exhibition could stamp its own identity.

The ‘Tart cards’ project drew plenty of interest. Caroline Archer had invited designers ‘to have some graphic fun and design a tart card either for a typeface or a letter of the alphabet’ in aid of a good cause –St Bride Library. A shiny red telephone box displayed an unfeasibly neat selection of genuine tart cards, while a projector cycled through the 180 submissions received to date - some subtle, some brazen, all with tongue firmly in cheek. 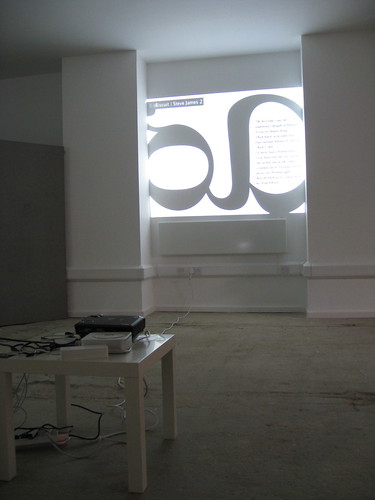 Two pieces had been commissioned for the festival: WOKmedia’s Between Lines (top) was an undulating, ‘typographical bookshelf’ that wrapped around its stand. Meanwhile, Timothy Donaldson’s plus + nonplus (below) comprised two plus signs, formed from handwritten words overheard at, or pertaining to, the exhibition. 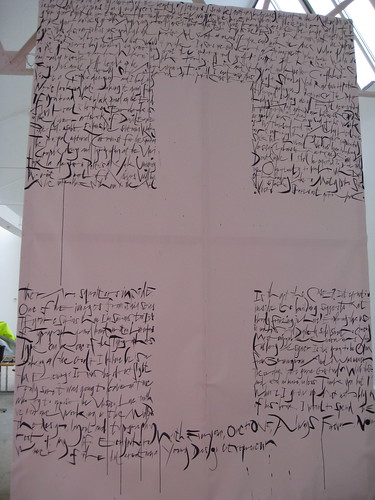 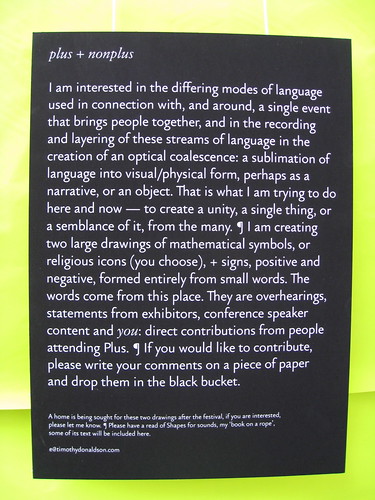 Smile Creative Consultancy (bottom) made a splash. Founded by a group of enterprising Birmingham City University students, they exhibited alongside local heavyweights Clusta and Fluid but, thanks to a little interactivity, became the room's focal point. 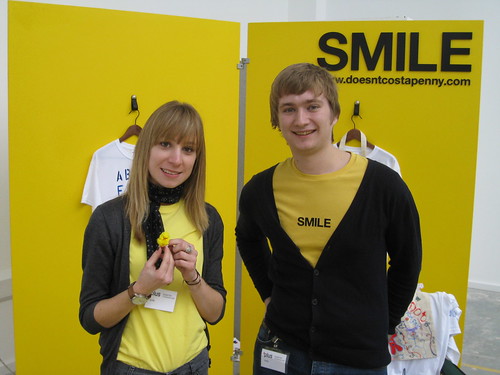 They asked speakers and fellow exhibitors to design T-shirts or bags to be auctioned off via their latest venture - Font Lorry, a showcase of ‘emerging typographic talent from across the globe’. Jonathan Barnbrook took part, as did Airside’s Jamie Wieck.