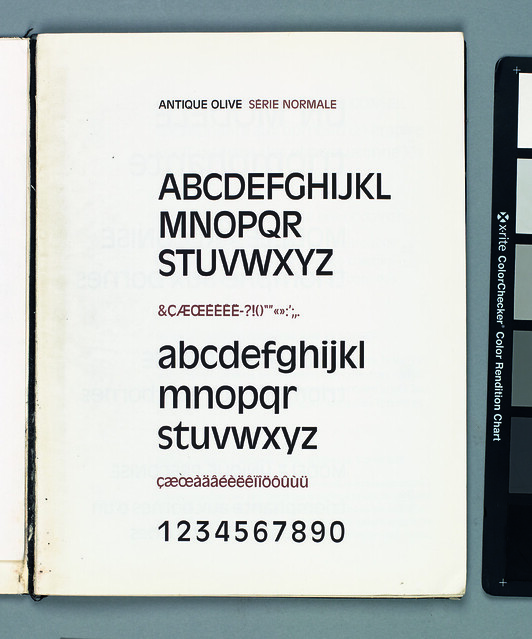 Roger Excoffon’s Antique Olive (1962-66) is a perfect example of a typeface that has suffered from its context. It is by no means a bad design – in fact, it is a brilliant piece of work – but it has become so over-used (and often badly) that it is ripe for rediscovery, wrote Christian Schwartz and Paul Barnes in Eye 75.

In a deliberate reaction to the evenness of Univers and Haas Grotesk, Excoffon emphasised each letter’s unique character, demonstrating in the process how a cohesive and highly legible whole can be made up of unusual parts (‘a’ and ‘t’ are quite distinctive, but even the ‘O’ is strange – the type has a top-heavy feel). Gerard Unger once noted that Excoffon’s typefaces became a de facto corporate identity for twentieth-century France, and even though Air France recently retired his logo, his mark on the French visual environment is still highly visible. 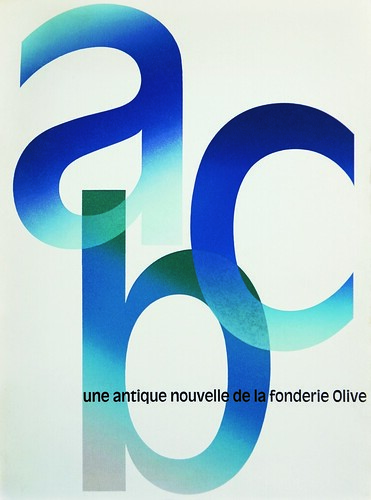 Below: Back page advertisement published in Caractère, no. 6-7, May-June 1968. 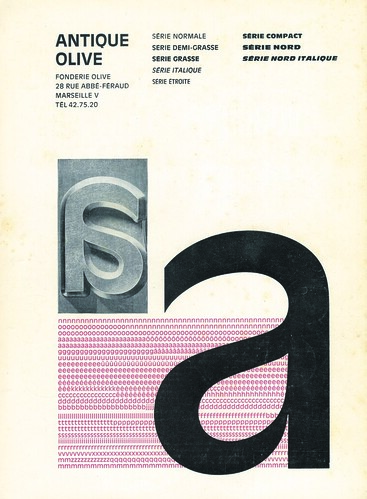 Read ‘Deep in the Archives’ by Christian Schwartz and Paul Barnes in Eye 75, Spring 2010.