Lust and likeability #3: Guardian Sans – by Schwartz and Barnes 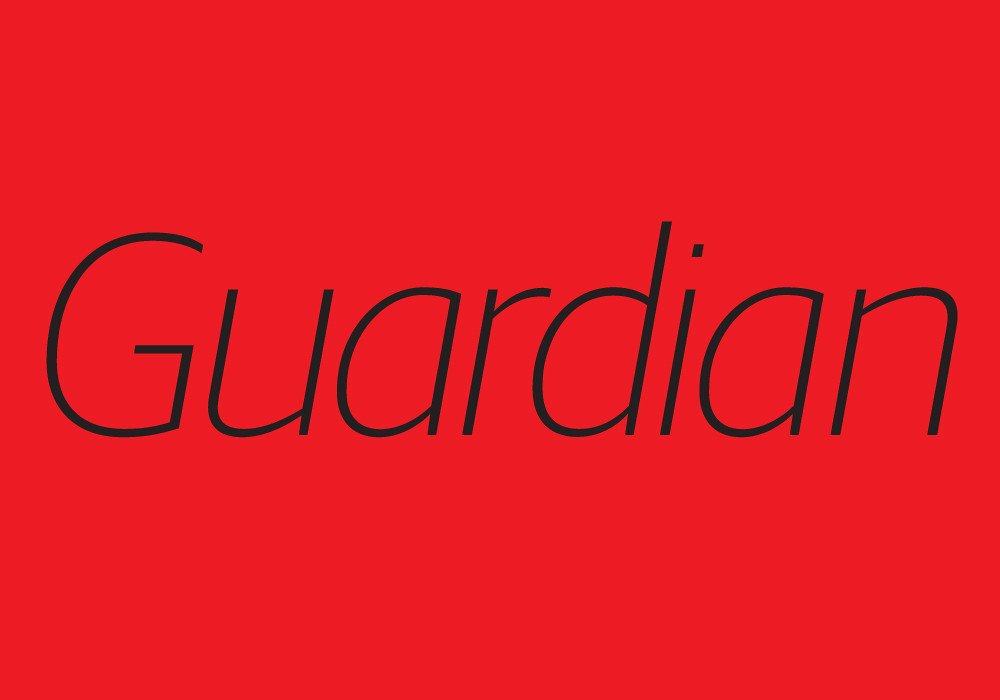 Another extract from ‘Lust and likeability’, first published in Eye 67, in which our informal jury of Jan Middendorp, John Belknap, Petra Černe Oven, Deborah Littlejohn and Mark Thomson talk about typefaces.

When Mark Porter, art director of The Guardian, commissioned a new sans serif, Paul Barnes drew a  nineteenth-century-style Egyptian, hoping to  arrive at a novel kind of  sans after removing its  serifs. The ‘throw-away’ slab serif was liked by all  involved, and the by-product became the star of the family. At 200-plus fonts, the Guardian type family is  probably the most ambitious typeface system ever ordered  by  a newspaper. The examples shown here are from Guardian Sans. 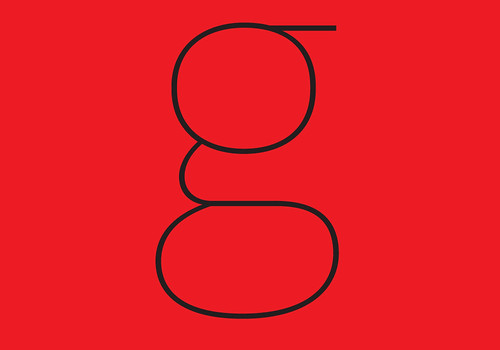 Mark Thomson
At first this face reminded me a lot of Fedra by Peter Bil’ak, which I’d been using in the design of dictionaries, because of  its large x-height and sense of openness. From day one it looked as though it had always been in The Guardian. It has a  straight, factual quality (in common with Fedra), objective rather than coloured. The light weights are more elegant, with a more delicate feel, which is perfect for the non-news sections’ headings. The slope of  the italic is a bit too much, but you’d have to  be more than fussy to  complain about that.

John Belknap
A lot has been said about the Guardian fonts by Schwartz & Barnes. They are basically perfect: unique, distinctive, both traditional and fresh. And  one of the many variations is the ultimate publication designers’ wet dream: a set of drop caps that fit exactly without any fussing. Nirvana.

Petra Černe Oven
You might ask why I would pay for an out-of-date newspaper in Slovenia when we have plenty of good newspapers there? Well, for me it is a combination of ‘second-home-sickness’, the cleverness of its contents, and last but not  least because of the design. And what makes the design of The Guardian important is its  typeface. I admire the art direction, but if you haven’t got the building elements, it doesn’t leave you with much. 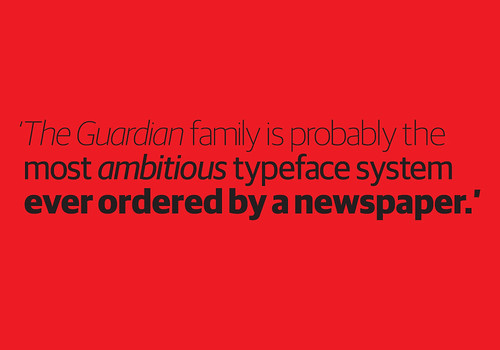 Deborah Littlejohn
In my small, (unrepresentative) sample, Guardian is the second highest-rated typeface among all male respondents. Perhaps men like it more because of its physicality and the typographers’ design methodology of hacking off the serifs. And hey – if female designers pick the swirly-curly fonts, surely this is a Freudian-inspired male counterpart!

One respondent called it ‘perfect’ and two praised its ‘comprehensiveness’. The complexity and drama of the redesign project makes for a rare typographic tale. The bold  italic is my favourite feature of the super family. Designing a typeface for a major newspaper must be one of the most difficult challenges for a  typographer: it is such a  highly public venture.

Jan Middendorp
Apparently it is difficult for newspaper designers to steer clear of international habits and  received ideas. The typefaces chosen, even when commissioned, often remain safely within the realm of vaguely ‘transitional’ (eighteenth-century) letterforms, and turn to late nineteenth-century grotesque models when a heavy sans is required. Gerard Unger’s news faces are an exception, and in moving away from nostalgic habits, the Guardian typeface seems to have been moving closer to  Unger. Nonetheless, it is original, crisp, recognisable and kind of  cheeky. As a family, it  works admirably.