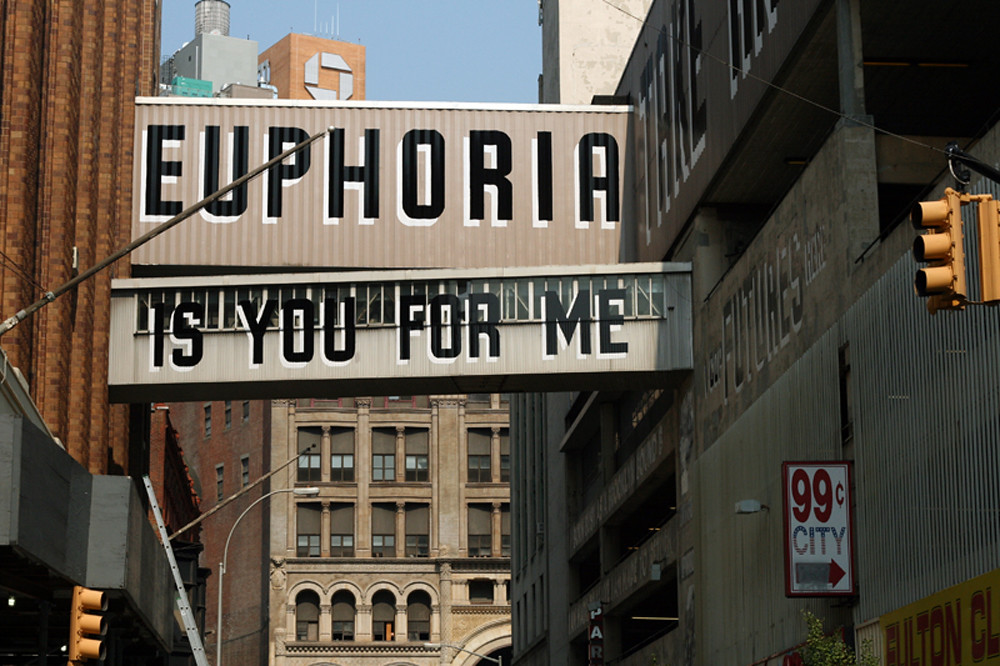 Philadelphia saw old and abandoned buildings along Philadelphia's Market-Frankford Elevated line acting as canvases for his bright artwork and ebullient wordplay and led to similar work adorning the bridges of Syracuse and the interior of Ogilvy & Mather’s offices. 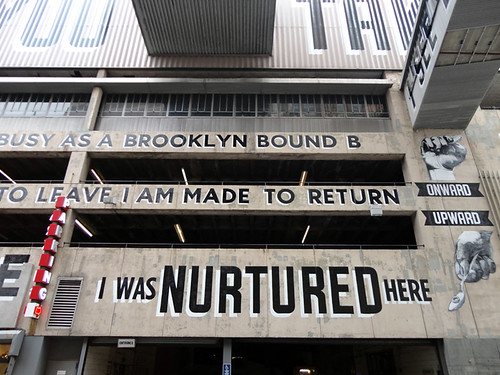 His latest commission has given him the reign of thousands of square feet of a Brooklyn car park belonging to department store Macy’s. Powers claims that the people and stories of Brooklyn are direct inspirations for the work – while it was being painted (a process which took two weeks of rollers and house paint) he encouraged passers-by to shout up suggestions which he and his team could try to incorporate into the work. 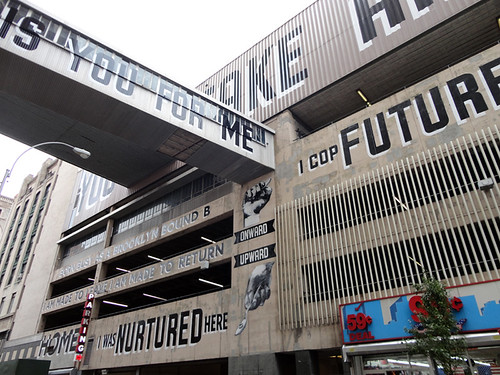 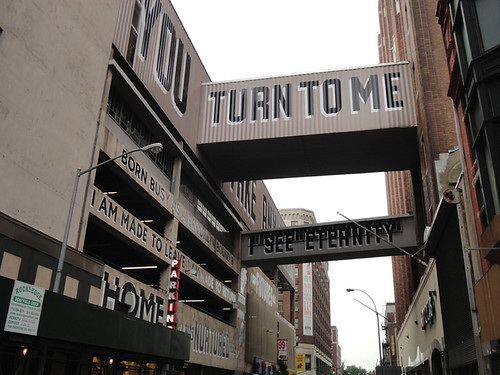 Powers says ‘A neighbourhood in decline has always been an ideal place to work. Generally, you are only improving the situation with a little bit of paint, and the work tends to last longer than in the pricey precincts of the city.’ 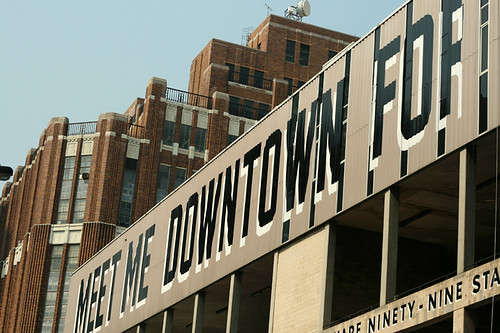 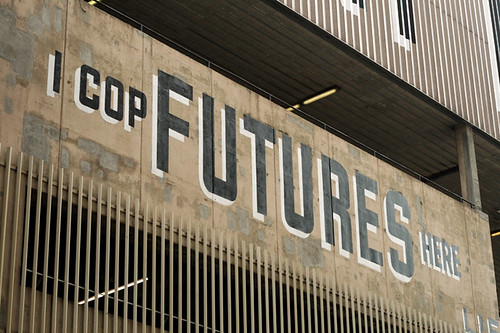 See also: Review of Supergraphics in Eye 78, Beaker Street mystery public letterers, The word on the street and
Paint the city clean on the Eye blog and our Reputations interview with Paula Scher in Eye 77.