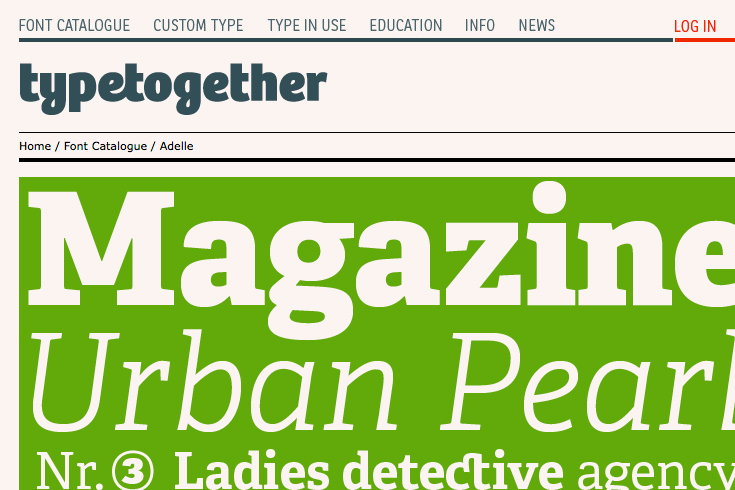 Veronika Burian and José Scaglione launched their independent type foundry TypeTogether in 2006. Eye’s Simon Esterson asked Burian about her experiences with Typekit and her views on online typography in general.

Eye: Does Typekit work for you? As a smaller foundry is the exposure it gives you an added bonus? Many people are worried about the security of the fonts…

Veronika Burian: We were one of the early foundries that Typekit asked to come on board and we haven't regretted it at all. The Typekit team has been very approachable and keen on getting our feedback and suggestions on the service. They wanted to make sure we were happy with the security of the fonts, and the representation of our foundry on their website. However, nothing is perfect and we are surprised that Typekit, so far, only supports Western European character sets. This is a serious limitation for some of our clients from Central Europe. 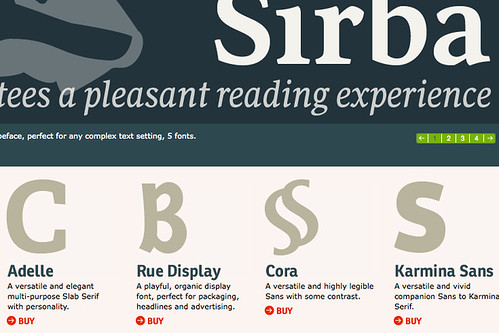 Nevertheless the Typekit service is a very good opportunity to enter the newly emerging webfont market without any major risks or investment. We believe it to be a volume business: the individual royalty is not very much, but it accumulates with numbers and there are many many potential users out there. Many of them, such as Web designers, are people we didn’t have access to before, so the technology opens new markets.

Regarding security, we think it’s impossible to avoid font piracy 100 per cent. This doesn’t mean that we want to make the pirates’ lives easy, but we don’t see ourselves as the font police, nor do we have the means. The important issue is to prevent unintentional use of illegal fonts and to educate users about the value of typefaces. 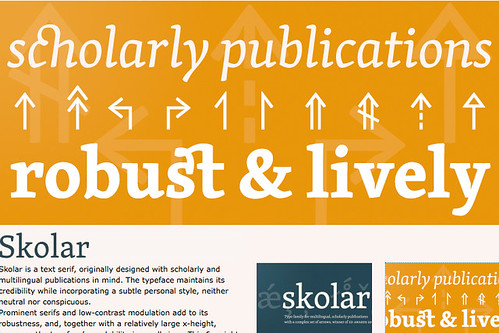 Eye: How do you see the future for font design and reselling: less print designers buying fonts but more Web design users?

VB: The sale and rent of webfonts will surely increase. We are only at the beginning and it’s not only about the internet. The market of any kind of digital device, including smart phones and similar products, will expand. However, this does not necessarily mean a decrease in print fonts. Printed matter won’t die out. 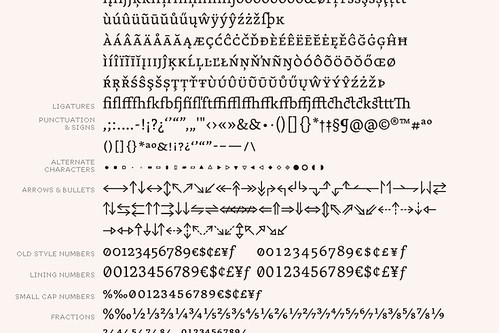 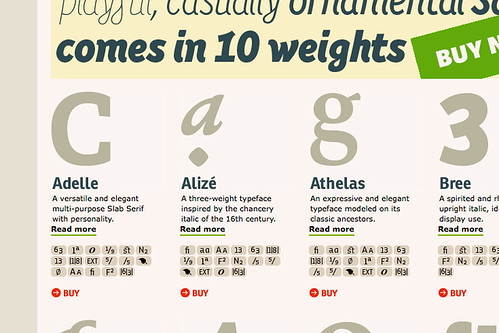 Eye: Are you planning to (or do you already) use other formats or business models for selling webfonts?

VB: We believe this newly emerged business model of renting a font, instead of selling a license, is rather revolutionary and we were very excited about it from the start. The whole idea of being able to expand the typographic palette on the Web is fantastic. It allows for more variety and interesting designs, but the rendering technology on various browsers still has to catch up. It is frustrating to see how much a typeface changes, and usually not for the better, depending on which platform and browser it is viewed.

We are in the process of engineering our fonts for the Web, but it requires funds that many small foundries don’t have. That’s a bit of a dilemma, particularly when it comes to text typefaces, at least at the moment. The other viable webfonts licensing model that some distributors are offering is a more traditional approach. It offers an actual webfont license, usually linked to a specific URL and for a limited time. The font security seems to be similar and some designers might prefer this scheme. Since we, as a small independent foundry, are not interested and we don’t have the structure to sell webfonts ourselves, we have signed up with both models. 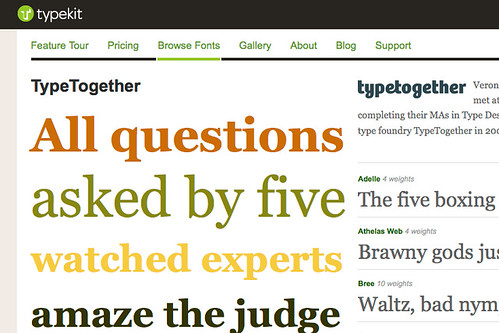