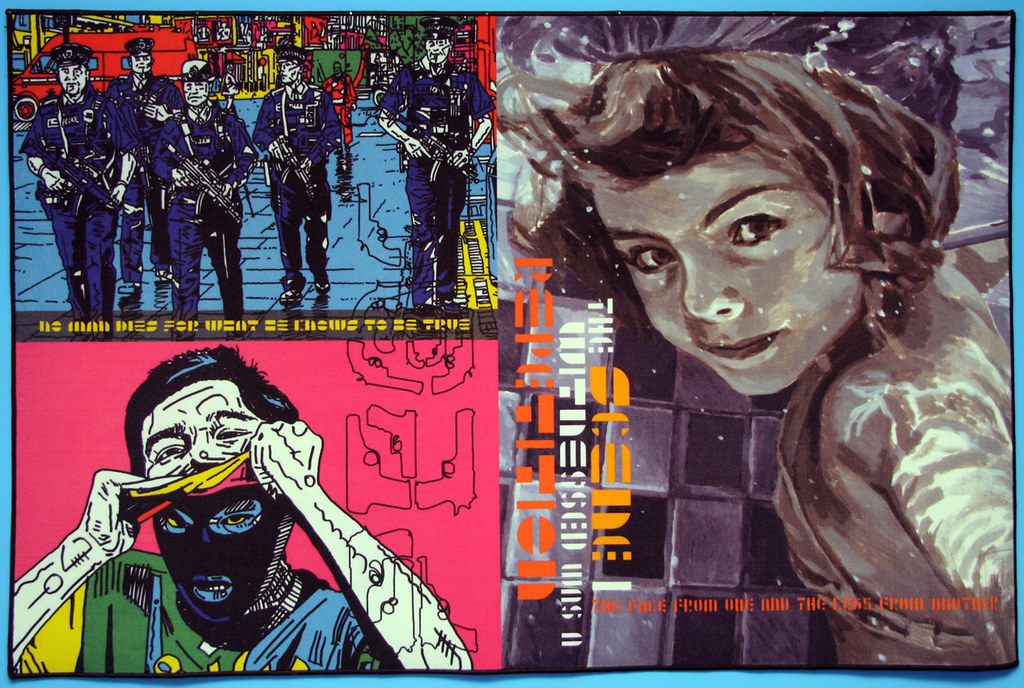 The Bazooka show at The Aubin Gallery in London’s East End is the first time the French punk-era collective has been given a retrospective in this country, writes Roger Sabin.

Which is a welcome reversal of an injustice, bearing in mind that their work is certainly up there with that of Jamie Reid et al (see ‘Shock tactics’ in Eye 61).

Top: ‘The scene I witnessed was a repetition’, Loulou and Kiki Picasso and Neville Brody (2010). 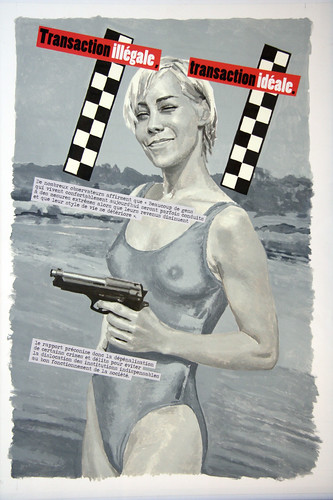 Of course, it’s difficult in 2010 to work out what all the fuss was about in 1977-78. But glimmers of what made Bazooka so magnifique seep through. Like artworks involving energetically collaged bits of newspapers; library date-stamps; crudely-drawn geometric shapes; and ‘unusual’ colouring (down to the fact that the job of colouring-in designs was given to the member of the group who was colour-blind).

Plus, the politics. The best item on display is a collage of various Baader-Meinhof images. Did they believe in the RAF’s brand of anarchist revolution? Maybe and maybe not. So much of what Bazooka did was in the category of liberal-baiting that it’s impossible to tell.

Below: Spread from ‘In search of Barney Bubbles’ in Eye 6. Bazooka collaborated with Barney Bubbles on the artwork for Elvis Costello And the Attractions’ Armed Forces sleeve. 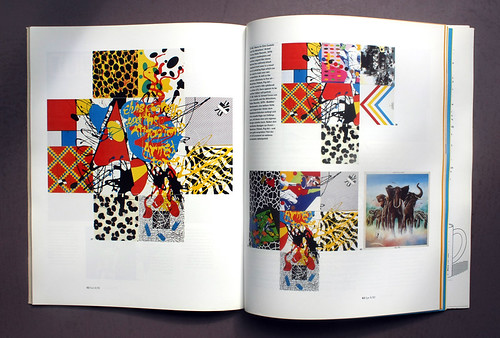 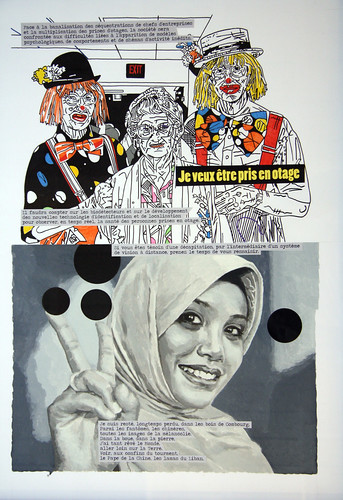 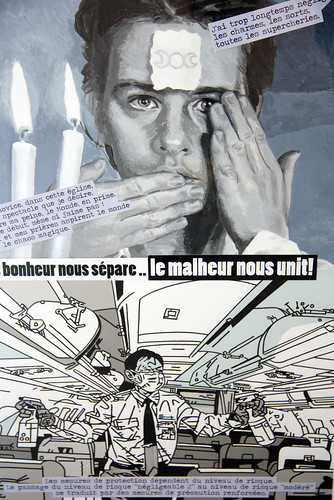 Which is why you probably haven’t heard much about this show. There was some serious press coverage planned, but in true punk style, the Bazookas blew it. The gallery manager tells me (part-gigglingly, part-despairingly) that an interview with a glossy saw them explaining that they were doing the show ‘to fund terrorists to blow up stupid Americans’. The interview was pulled.

The curating is not entirely successful. The pieces are framed and exhibited against white walls in staid fashion, which contrasts with the Bazooka retrospectives that have happened in France, which have been chaotic cut-n-paste riots. (Apparently, there was disagreement between the artists over this approach, resulting in one leaving for Paris in a huff.) Also, there is a lot of emphasis on recent Bazooka artworks (including some printed textiles co-produced with Neville Brody), which do not exhibit the same power as the earlier material. The Reid-like prices also seem slightly off-message. 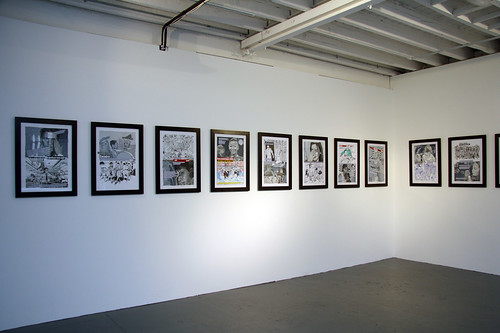 Above and below: Installation shots, copyright of Loulou and KiKi Picasso. 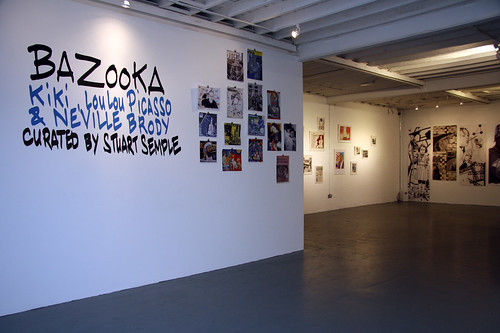 And it should be pointed out that the work here is by Kiki and Lulu Picasso, rather than the entire Bazooka collective, and that therefore the light-and-shade offered by other artists such as the great Olivia Clavel and Lulu Larsen, is not represented.

Nevertheless, the energy is astonishing, even after all these years. It’s a cliché to talk about frazzled eyeballs and amphetamine-rush art (‘dad criticism’ by folk who don’t really like computers and never got over hearing the Ramones). But it’s fantastic to see original versions of images that gave French punk its unique look, and which revolutionised the newspaper Libération – albeit temporarily. The Bazookas hail from a time when acne-faced youths threatened civilisation – but they hold out the hope that it could happen again. Encore, they urge, encore. 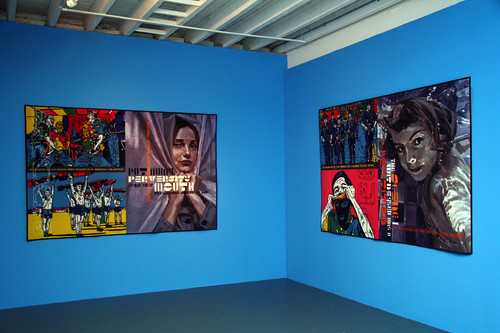 Above: textile pieces on display in the Bazooka exhibition, collaborations by Loulou and Kiki Picasso and Neville Brody.

16 September > 26 October 2010
Bazooka (curated by Stuart Semple)
The Aubin Gallery
64-66 Redchurch Street
London, E2
This exhibition is part of the Anti-Design Festival 2010 (see ‘Up the ante’ on the Eye blog)

Eye magazine is available from all good design bookshops and at the online Eye shop, where you can order subscriptions, single issues and back issues (though Eye 6 is sadly out of print). Student subscriptions are half price, see bit.ly/EyeStudentOffer.