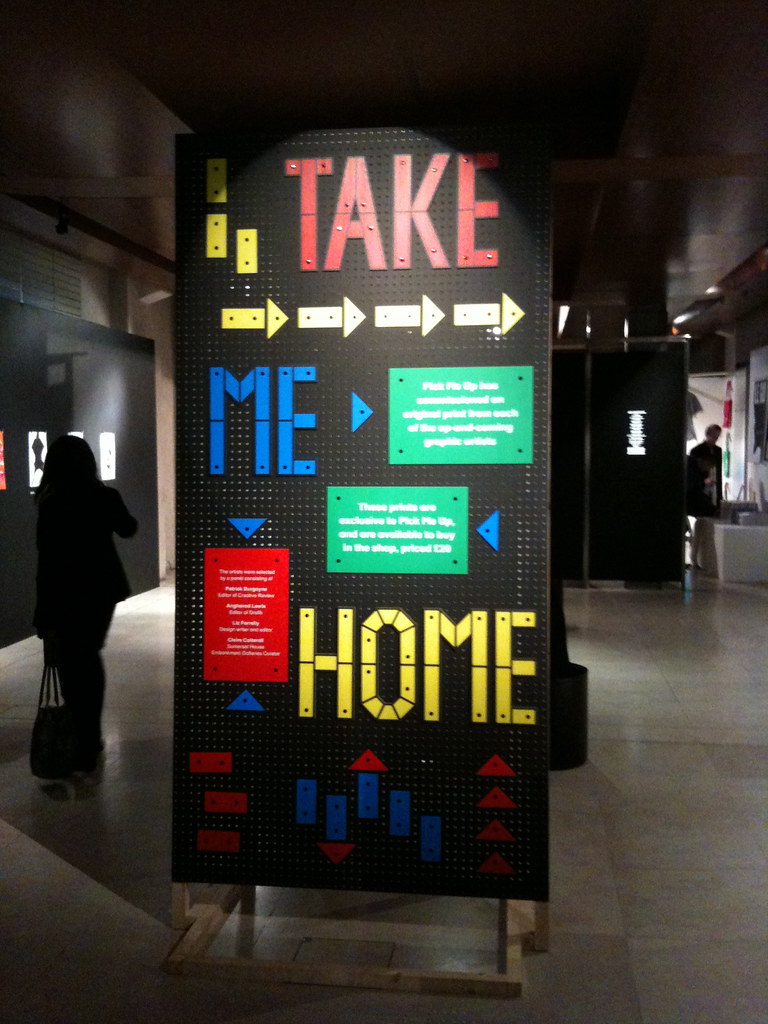 ‘The west shall shake the east awake … while ye have the night for morn …’ Marshall McLuhan was fond of quoting this poetic nugget from James Joyce’s puntastic Finnegans Wake.

‘Pick Me Up’, which opened with a glittering celebrity at Somerset House last night, was an example of the East giving the West a good shake. Graphic artists and collectives more at home in Hoxton, Hackney and beyond moved into the Embankment Gallery an eleven-day residency.

The opening was well supported by the Shoreditch crowd (along with editors and designers from Creative Review, Varoom, Design Week, Wallpaper*, Feverzine and Icon).

What remains to be seen is what a more general West End audience (shoppers, tourists, the people who go to affordable art fairs) and others outside the ‘graphic design bubble’ will make of this exciting new field. Anthony Burrill created the show’s graphics in collaboration with exhibition designer Michael Marriott (above). 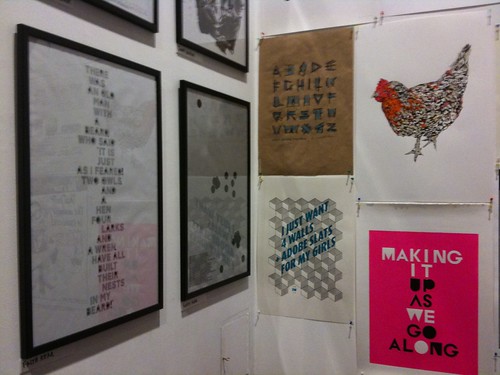 All the usual suspects are there, from James Joyce (no relation, below) to Le Gun, and a series of live printing sessions at Print Club (above) and a Glug will keep things fresh. 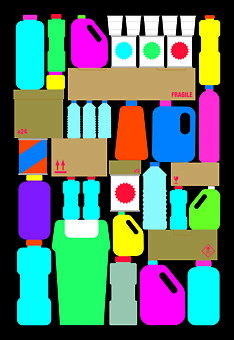 There are also rooms curated by Evening Tweed, Nobrow, Rob Ryan (who has moved his entire studio, below, into one of the spaces) and It’s Nice That (bottom), who have curated a cinema programme of short films. 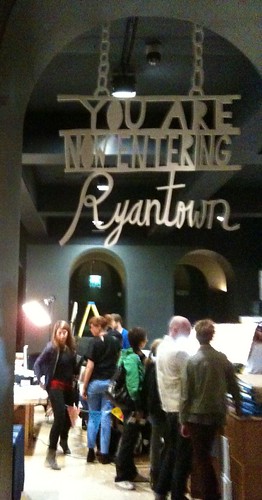 Many are from a bit further east (and south), Job Wouters from Amsterdam, Siggi Eggertsson, Berlin’s favourite Icelander and a kinetic display by Lorenzo Petrantoni from Milan.

New Yorker Andy Gilmore (below) would have been there – were it not for Siggi’s volcano. 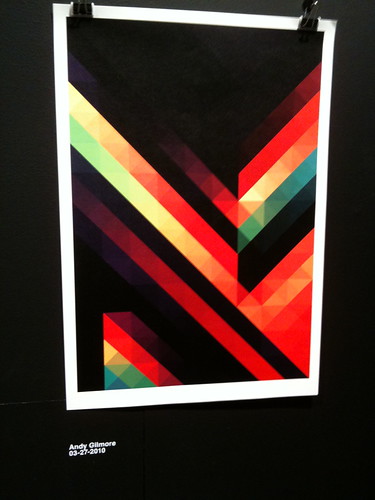 Read curator Claire Catterall’s Eye blog about the ideas behind the exhibition. You can also read ‘Make each letter speak out loud’, by Liz Farrelly, curatorial consultant to ‘Pick Me Up’, in Eye 75. Liz’s article features a host of designers working with illustrative typography, including Richard Sarson and Job Wouters (featured in the show). ‘Pick Me Up’ continues until 3 May 2010 at Somerset House. 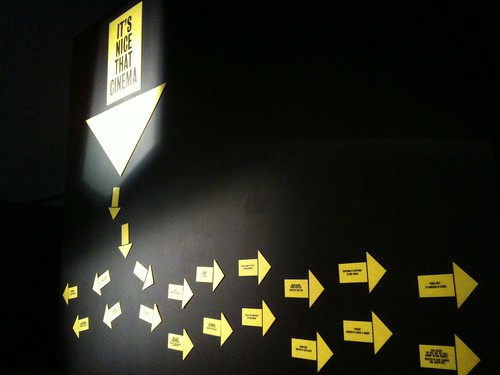