Miscellaneous ‘creatives’ re-imagine themselves as ‘storytellers’ 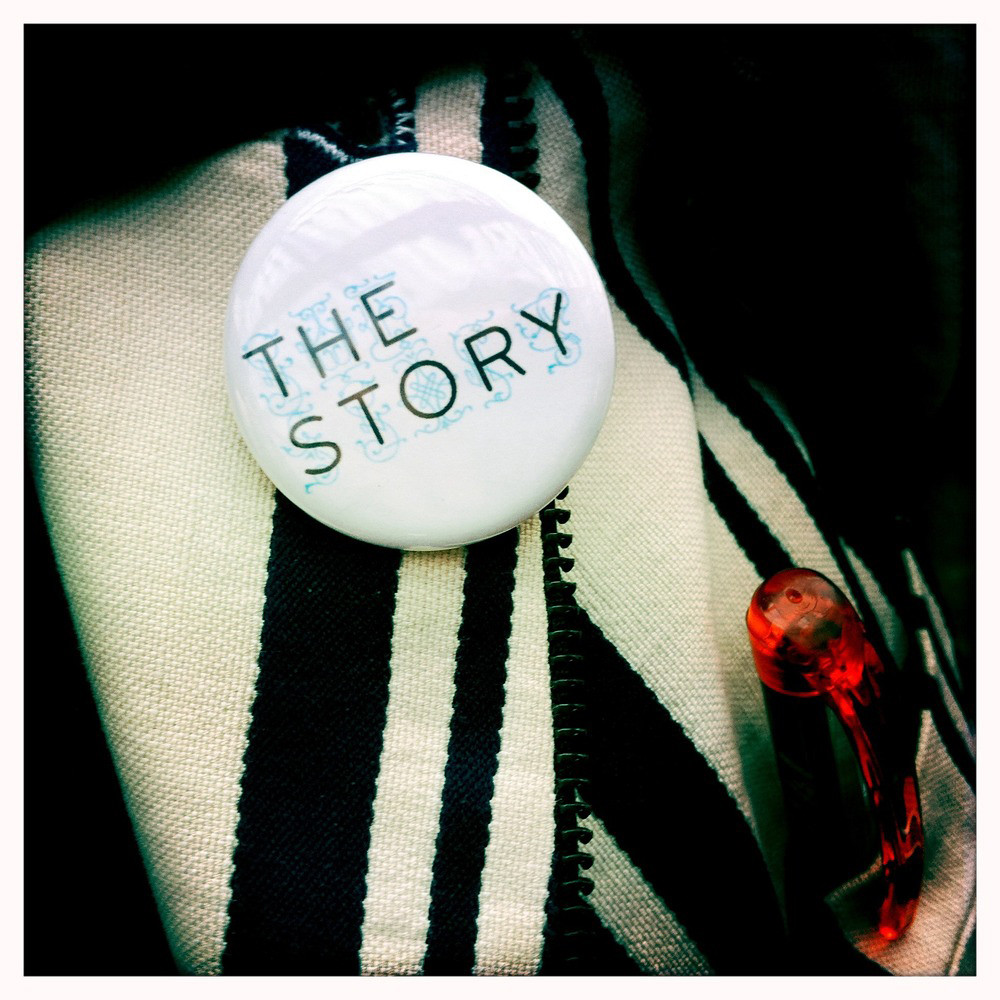 Stories can be dangerous, writes Andrew Losowsky. ‘Don't become your story,’ warned The Dialogue Project’s Karl James. ‘A story limits the life of a person to the things someone else can say about him,’ wrote Edmund Jabès, quoted by Matt Adams of artists’ group Blast Theory. ‘The whimsical, naive stories online are the socialist propaganda of its day … shaped by what power needs,’ thundered documentary maker Adam Curtis. On 18 February 2011, London’s Conway Hall was the location for a series of competing narratives.

Top: photo of ‘The Story’ badge by Christian Payne / Documental.ly. 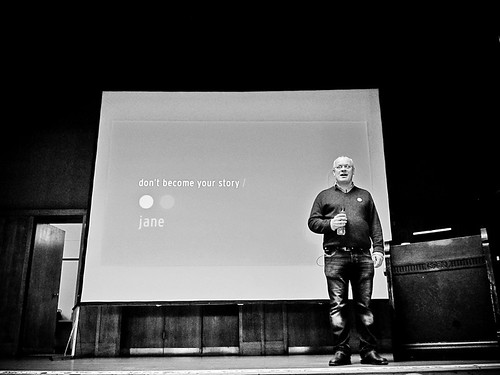 Above: Karl James issues a warning.

As the boundaries between media melt and mingle, so increasing numbers of people – the kind who would once have described themselves as advertising creatives, writers, videogame developers, Web programmers, designers, etc. – now simply call themselves ‘storytellers’. So when Matt Locke, Acting Commissioning Editor for Channel 4, decided to create an event based around his favourite speakers, it made sense simply to call it ‘The Story’.

Each speaker on the programme, which included Magnum photographer Martin Parr and scriptwriter Graham Linehan, had twenty minutes to discuss their work and the wider theme in any way they chose. The day was wisely timetabled to be short (10.30 until 4pm), and moved along skilfully by Margaret Robertson in order to give plenty of opportunity for informal discussion later. And it was a full day, with twelve very different presentations for the sell-out audience of 400. 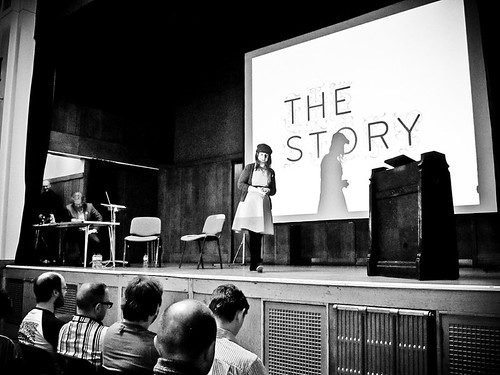 As is usual at such events, some chose to use the opportunity to present a slideshow of previous work – though in the case of sculptor Cornelia Parker, the result was a competing narrative to the traditional, somewhat po-faced presentation of her work in contemporary art galleries. ‘The stories in my work are to do with process, even though that is not always visible,’ she said, before showing the frivolous and amusing tales behind such pieces as The Exploding Shed.

The most discussed presentations afterwards were those based around ideas bigger than the work itself. Karl James showed how the way we listen changes the way a story is told. Phil Gyford suggested that simply changing the title of the comments section on Pepys Diary to ‘Annotations’ altered the tone and nature of the Web community’s interaction on his site. 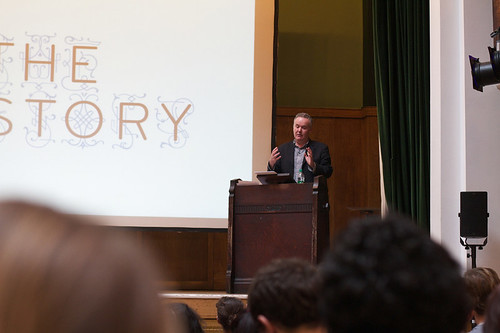 Most controversially, Curtis railed at the room itself, and in particular the new media-types in attendance, by stating that ‘you can’t create new narrative on the internet – or we haven’t started to, and we’re being very lazy about it... selfishness is the ideology of our time, and we have to understand where these emotions come from.’ We are, he said, playing in a sandpit, but one surrounded by a framework that is shaped by a need for institutional power. (Some of the Tweeters and bloggers didn’t like that.) All the speakers gave the audience plenty to think about in relation to their own lives and work.

More about ‘The Story’ at thestory.org.uk.