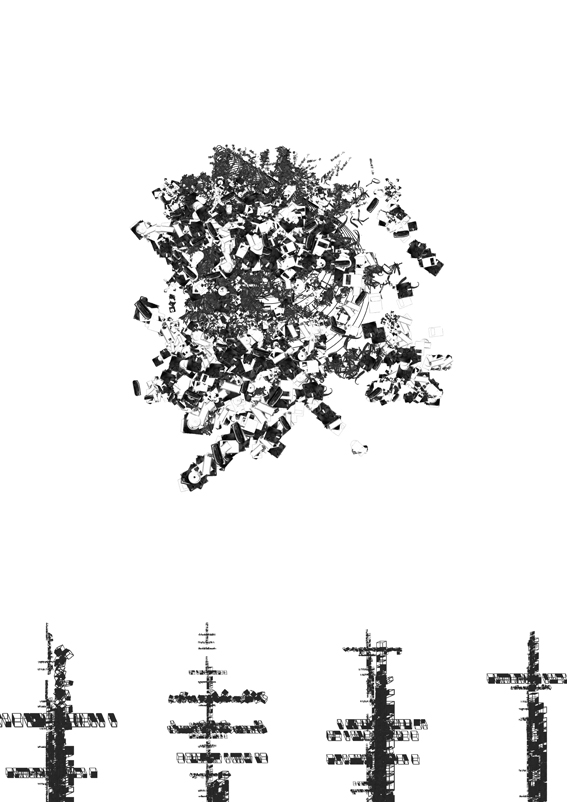 In our Eye 74 ‘Reputations’ interview, John L. Walters asked Karsten Schmidt, who created the open-source identity for the exhibition, if coding could be considered design.

‘It’s funny how the moment you start talking about code, you start being channelled into a technical role’ he responded. ‘When you work with code, actually typing code is absolutely the last thing you think about … Writing code becomes a background task, because you’re actually building a mental model of what you want to do. This is what makes code work. This is where you work as a designer. Mapping is what we all do automatically, but for code it has to become a conscious act.’

Above: A screenshot of the NodeBox application, with an example piece of code and the resulting image. This was De Cort’s first trial work in which he tried to create a splash of water based on circles. 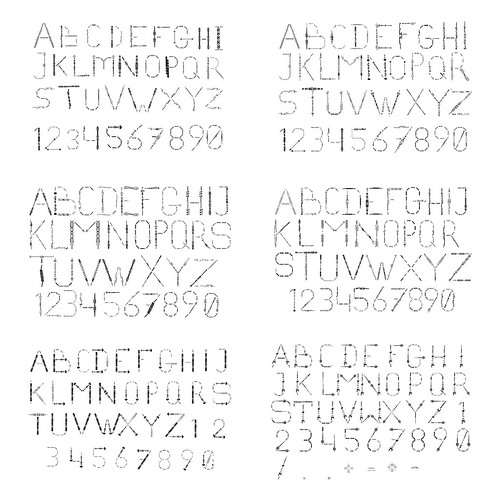 His project started out as an attempt to create a ‘font machine’ that would generate typographic artwork, using NodeBox: an open source application for creating 2D animation and graphics using the programming language Python. With ‘semi-automatic type’ (above), graphical lines of varying lengths are used to fill a pre-determined character grid for each letter of the alphabet. Each graphic is based upon windows that De Cort has photographed on everything from basic houses to cars, churches and modern architecture (below). 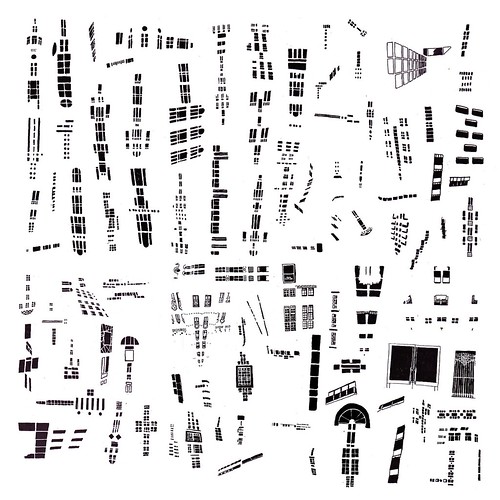 His work has evolved from randomly-generated compositions, to a rule-based system in which form reflects content. De Cort explains: ‘I combine scans of manual drawing and parts of pictures with coding in Nodebox to create a sort of “pictorial” language that symbolically represents the content of written words.’ At first, this was used to create a typeface built of lines that symbolically represent the nature of the subject (above). 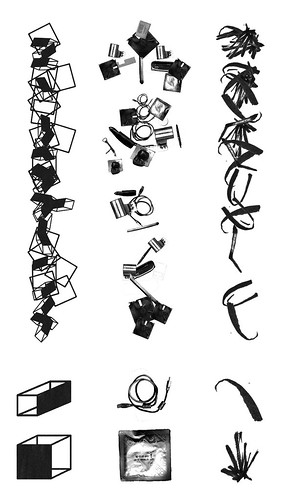 But over time, the work has taken on a compositional nature: textual input is turned into graphics that are distributed in white space according to a theme-related coordinate structure. The results are chaotic, in a mathematical sense: complex, unpredictable patterns evolve from logical rules and repeating structures (below). De Cort has started work on integrating speech recognition with his algorithm and is planning an interactive exhibition in Antwerp: the never-ending complexity continues … 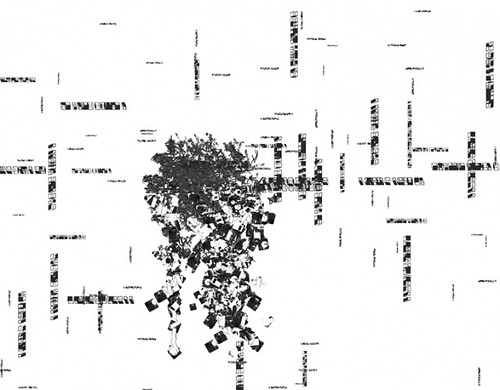 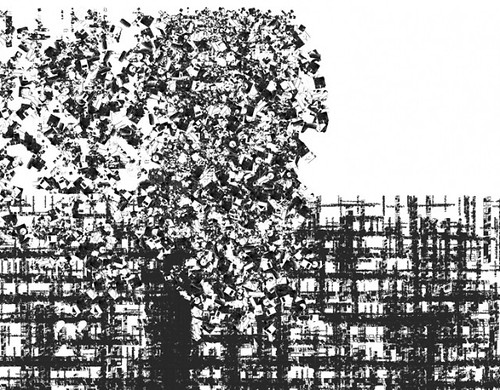