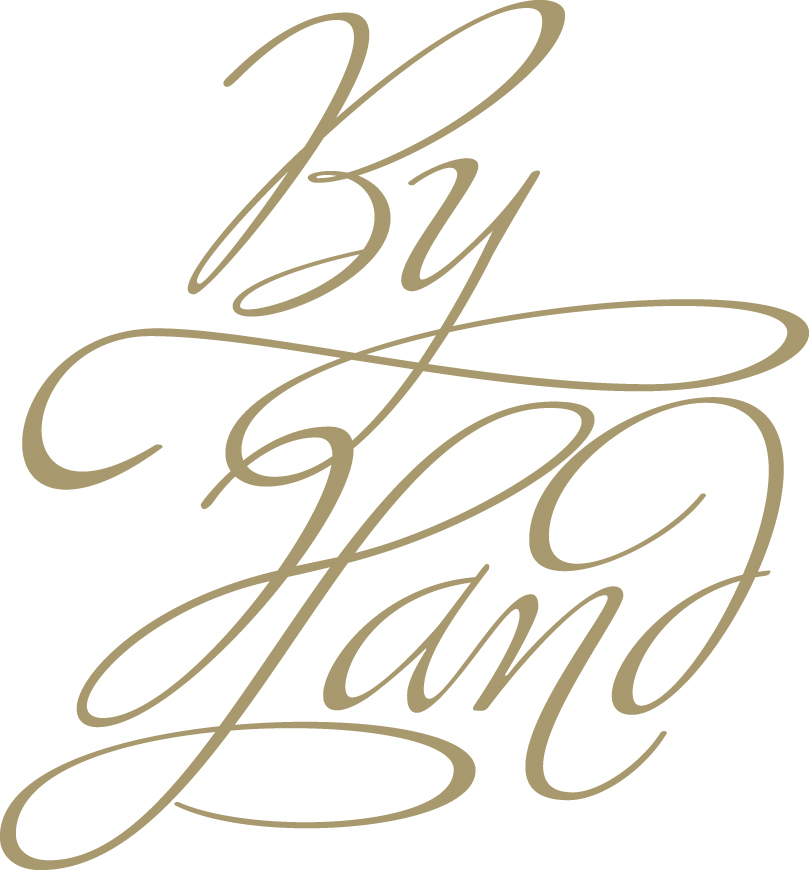 As one of the most admired script typeface designers in the world, Alejandro (Ale) Paul is a constant source of curiosity to designers outside South America. They see a specimen or a face in use, perhaps Burgues Script, or Affair, and are struck by its beauty or appropriateness. A Google search reveals other faces by this Paul fellow, faces that enchant with elegant curves and harmonious proportions, striking in their novelty and style. Face after face, each a typographic pop hit. But where does this talent come from? There must be something about Argentina. Some rich typographic heritage, some seam of inspiration, that they simply haven’t heard about, because it is in remote, distant, oh-so-southerly Argentina. Yes, that must be it …

Let’s begin biographically. After studying design at the Universidad de Buenos Aires, Paul found a job as a studio art director in the early 1990s. Because his studio work focused on consumer packaging and retail, he soon recognised the dearth of original, novel typefaces for these applications. Fortuitously, he found a mentor and collaborator in Angel Koziupa, an artist and traditional signpainter of 30 years’ experience, who taught him something of the fading craft of custom lettering (Paul’s formal education had been thoroughly digital). Returning to the university to teach design and typography (1996-2004), Professor Paul began to stress the value of typography in a curriculum that sorely undervalued it.

When the Argentine economy collapsed in 2001, Paul lost his studio job. To continue working in his field called for independence and initiative. He gathered three kindred spirits from Buenos Aires and formed Sudtipos, a ‘type collective’ – claimed to be the lowest-latitude foundry in the world – that would expand with its contributors. Soon after, Paul began a partnership with Koziupa, creating custom faces for packaging use, commissioned by agencies. Undoubtedly the bulk of Paul’s talent springs from the usual places: years of design school, long nights at the sketchbook and computer, dealing with demanding creative directors and clients, making constant revisions, pure hard work. So what, if anything, does his culture have to do with it?

Buenos Aires and fileteado
Let us observe Paul in his element. A sandy-haired 39-year-old sits at his desk, surrounded by typical designer ephemera: Kidrobot figurines, artful photos of his wife and children, coffee-table design books, matryoshka dolls. He is tweaking beziers in Fontlab on his large-screen iMac. Occasionally he pauses and makes strokes on paper with a sable brush or a Speedball nib – then compares the inked stroke to the digital stroke he is carefully constructing.

Through a steel straw called a bombilla, he sips yerba mate, the traditional Argentine ‘tea’ that delivers a subtler buzz than coffee, better suited to patient and delicate work. Now he turns to a page of an obscure nineteenth-century penmanship manual (of which Paul is an intrepid collector), to scrutinise how two letters connect, and how he might emulate that connection digitally. But the book is American – there is no Argentine counterpart.

But there is some typographic tradition in Buenos Aires, albeit at a remove. Argentina’s economy boomed in the late nineteenth century, bestowing its port city with an explosion of buildings in neoclassical, Renaissance and Art Nouveau styles. Thanks to the Wall Street crash of 1929, and the following decades of political turmoil, an extraordinary number of buildings from this era have survived in Buenos Aires. Paul grew up in these streets, surrounded by architectural ornament and sinuous ironwork.

As did the creators of fileteado, the colourful ornamental signpainting style. This insular, vernacular development of commercial art and lettering is unique to Buenos Aires, and is still popular. Young Ale grew up riding buses numbered in it, and bought pastries and ice creams from shops and carts adorned with it. Its practitioners (and the buses) are still

active, though its commercial appeal has been recognised and is now being used to sell souvenirs, postcards and photobooks to tourists.

Paul’s most elaborate historical script faces were inspired by his love of hand-lettering, particularly the styles from the golden age of ornamental penmanship in the United States – 1850 to 1925. While Platt Rogers Spencer was teaching his Spencerian system (the inspiration for Paul’s Compendium) to schoolchildren and diplomats, and Louis Madarasz was developing his unique calligraphic style (the inspiration for Burgues Script), Buenos Aires was also at its ornamental peak. Perhaps Paul’s city primed him to appreciate these distinctive scripts.

Whatever its genesis, Paul’s talent is undeniable. As are his work ethic and timing. Pushing hard to create commercial faces after the 2001 crisis, he soon learned the simple equation that more product equalled more money. Practice and continued output gave him the confidence to experiment with OpenType, with its huge character set and contextual alternates.

The release of Paul’s Ministry Script in 2005 was a watershed moment. At a time when few OpenType script faces were available (most prominently Richard Lipton’s Bickham Script and Hermann Zapf’s Zapfino), only Ministry conveyed the spirit of early twentieth-century American calligraphy, emulating a convincingly hand-drawn feel through its extensive ligatures and alternates (more than 1000 characters and nearly 100,000 kerning pairs).

Marvels of calligraphy
The timing was perfect. Just as the fashion for hand-drawn letters was exploding (see Steven Heller’s Handwritten, Michael Perry’s Hand Job, etc.), OpenType was enabling designers to achieve more human-looking typography. With extensive promotion by his North American distributor, Veer (where I was brand director until 2009) in direct-mail catalogues, Ministry Script became his first major success. The widespread internet growth of the 2000s also exposed his work to a broad international audience.

Designers bought these faces, bloggers blogged about them, and critics took notice: type historian and calligrapher Paul Shaw (see ‘To the letter’, Shaw’s article about calligraphy in Eye 75) calls Paul ‘the leading designer of scripts today’. Shaw says: ‘Burgues Script and Compendium are so masterful that I predict they will enter the pantheon of formal scripts alongside Snell Roundhand and Bickham Script. These scripts are not only beautiful, but they are sensitively designed and well constructed, something which cannot be said for many other fonts now trying to till this ground. These scripts are marvelled at by calligraphers, including those proficient in the use of the pointed pen.’

These comments are particularly complimentary coming from a historian. Like many of Paul’s extended faces, Burgues and Compendium are not stroke-by-stroke revivals, but are subtly updated to look ‘right’ to modern eyes – the ‘sensitive design’ that Shaw notes.

The urgency and productivity that drove Paul’s career after 2001 seems to have become second nature. Between the big typeface projects, he makes time to design less elaborate faces in collaboration with Koziupa, such as Romy (2004), Inoxida (2008), Ricotta (2009) and Kilo (2010), for packaging or display use. He is quick to take a typeface from idea to execution if he feels it fills a stylistic need for graphic designers. Though critics such as Shaw may be less enamoured with these efforts, they are often strong sellers.

Paul has earned the respect of those who might previously have eschewed commercial faces. Designer and letterer Jessica Hische, for example, says she is constantly referring clients to him: ‘When their budgets or schedules are a bit tight to commission custom lettering, his fonts are as close as you can get to lettering. Because of all of his alternate characters and swashes, you can make really beautiful customised headlines – it feels like a collaboration between you and him.’

He also collaborates with other type designers, advising on technical matters and helping digitise faces such as Theorem (co-designed with Angel Koziupa), and Lady Rene (designed by Laura Varsky). Many of these efforts are released under the Sudtipos banner, bringing their designers into the growing collective.

Despite his acclaim and commercial success, Paul remains astoundingly prolific. Hische, meeting him last year, was ‘amazed that he was only one person’. He undoubtedly capitalised on his early lead in the OpenType race, though in the past three years a few type designers have caught up (see Underware’s Liza Pro, and House Industries’ Studio Lettering faces, among others). But he is keen to tackle ever-more ambitious and technically complicated projects, as evinced by the growing number of alternates and ornaments in his major releases, including the newly released Poem Script, which has more than 1500 glyphs. Paul does manage to pull himself away from his desk several times a year, teaching seminars and speaking at typography conferences and design events worldwide, where he communes with his far-flung peers.

Alejandro Paul’s story is one of connections. His upbringing connected him to European-influenced and vernacular traditions, as his time with Koziupa connected him to the era of the commercial sign painter. His revivals and era-inspired script faces connect us to the penmanship styles and commercial fashions of decades past. And, quite literally, there are few modern practitioners who connect one character to another quite the way he does.