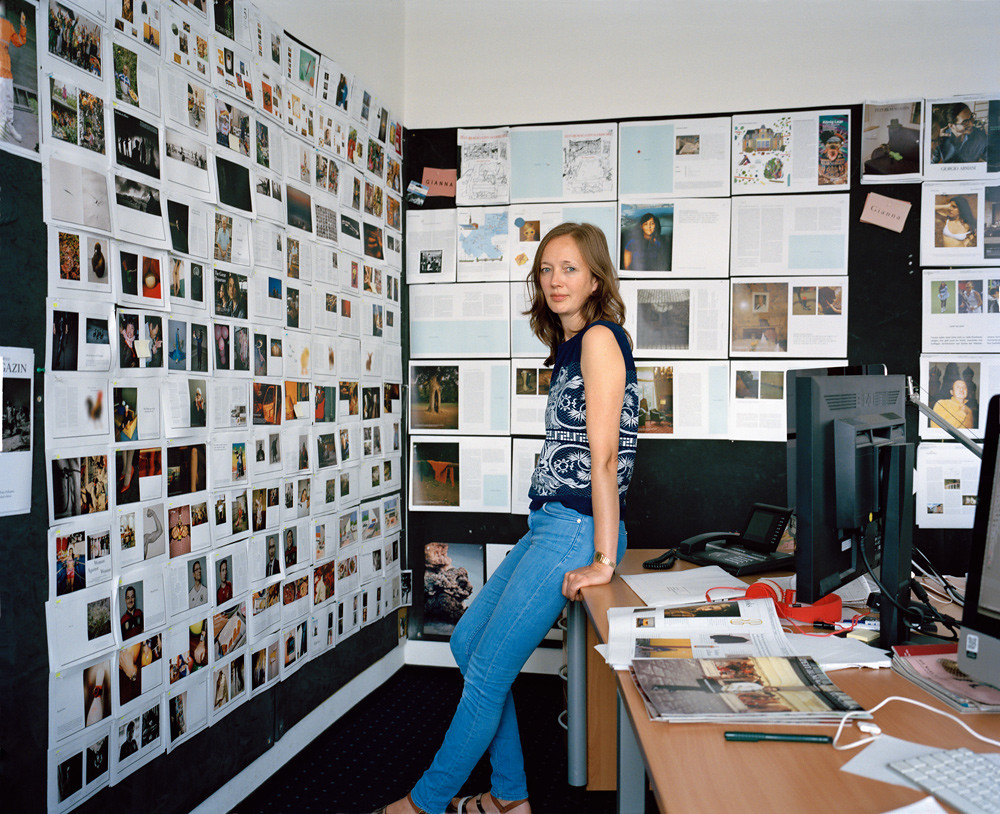 In 2006, two editors at Germany’s leading weekly newspaper Die Zeit sat down for dinner at a Japanese restaurant in Berlin. The first was editor-in-chief Giovanni Di Lorenzo and the second was the young and ambitious editor of the newspaper’s ‘Lifestyle’ section, Christoph Amend. While the colleagues sipped miso soup, Di Lorenzo announced that he had good and bad news. First, the bad: Zeit’s Lifestyle pages were being cut. ‘I nearly dropped my spoon,’ says Amend, speaking from his office in Berlin’s central Mitte district. Then came the good. Di Lorenzo was going to bring back the newspaper supplement ZEITmagazin, which had been closed for nearly eight years, and he had chosen Amend as its editor-in-chief.

First outer cover, 28 May 2015, a special issue on refugees presented in both German and Arabic. Across the first cover, the text reads: ‘Every day, people start out in the hope of a better life. We dedicate this issue to you. An especially large number of the refugees coming to Germany are from Arab countries.
Top: Art director Jasmin Müller-Stoy surrounded by print-outs in ZEITmagazin’s Berlin office. Photograph by Christian Kain. 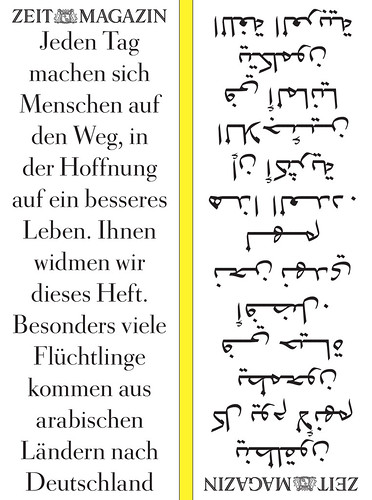 Second inner cover, 28 May 2015. The text continues: ‘That is why ZEITmagazin appears in German and Arabic.’ 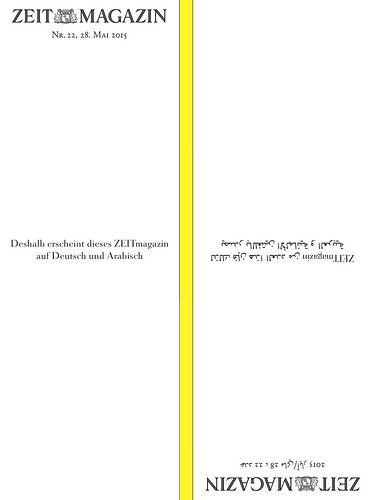