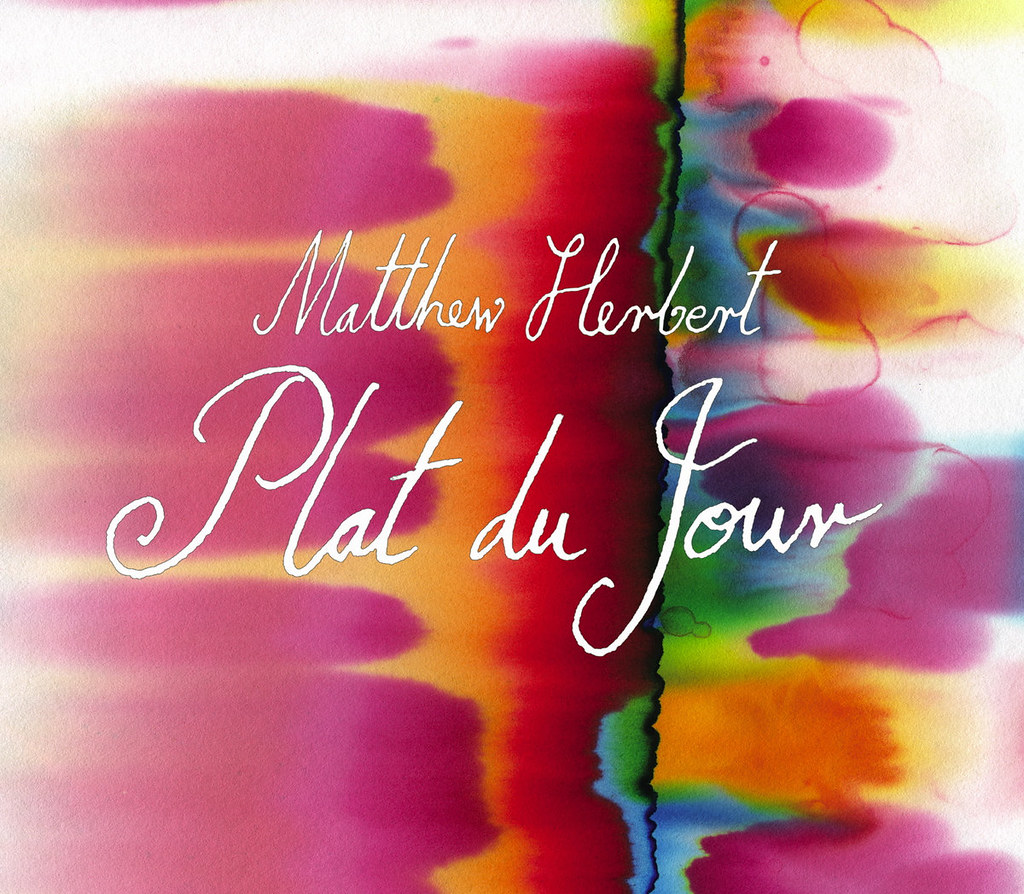 Paper chromatography, one of the more visually striking aspects of school chemistry lessons, is a method of analysing mixtures of compounds using absorbent paper – such as litmus paper or even a coffee filter. The rate at which each compound is absorbed affects the way it migrates across the paper, resulting in a fanning out of the compounds’ different colours, which may be further emphasised by the use of indicators such as litmus.

When artist Stanley Donwood was commissioned to create the artwork for Matthew Herbert’s polemical album Plat du Jour (Accidental), he decided that a chromatography experiment with food dyes – many of them banned outside the UK – would provide a striking image. ‘I found the conjunction of the attractive and the unsettling extremely effective,’ says Donwood. Herbert’s music does something similar, using the sampled sounds of broiler chickens, popcorn, Coke cans and apple-crunching to make music that is engaging, melodic, funky and disturbing at the same time.

Having tracked down some chromatography paper from the Biology Teaching Labs of Essex University and from Whatman.com, Donwood conducted a series of experiments. He bought food dyes (yellow, cochineal, blue, raspberry red, scarlet and green) from supermarkets and catering supply shops and teat pipettes from the chemist.

Donwood explains: ‘I then strung a wire between a coffee-grinder and a boiler pipe in the corner of my kitchen, and used bulldog clips to suspend sheets of chromatography paper above the washing-up bowl, which was filled with clean water. Shortly before suspension, the sheets were dribbled and splashed on the bottom fifth of the paper with a selection of food dyes.’ Capillary action propelled the water up the sheets, separating the dyes into their constituent parts.

The finished chromatography was professionally scanned at high resolution to make the most of the colours. Donwood used different details from the scans in the Plat du Jour CD / book to accompany Herbert’s notes and credits (more than 8000 words), and behind a spread commanding: ‘Avoid Supermarkets.’

Donwood was disturbed by the research he carried out into the nature of food dyes. For example Green S (E142), a dye found in sweets and food sold in the UK, is banned in Canada, Finland, Japan, Norway, Sweden and the US, and ‘not recommended for consumption by children’.

Chromatography sheet after drying, ready to be scanned.
Top: Cover of Plat du Jour, dedicated to ‘anyone anywhere that has walked past a Starbucks, McDonalds, Tescos, Asda, etc., without going in and eating the wrong bit of the world.’ 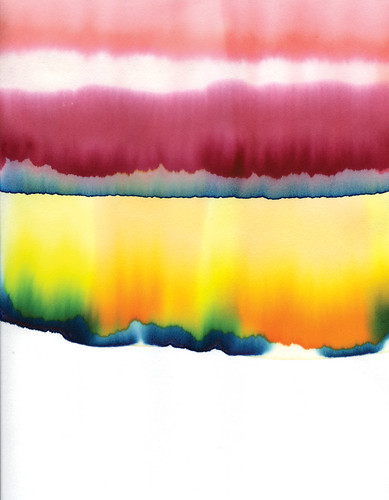