Ally Sloper’s Half Holiday was a wonder of populist design. 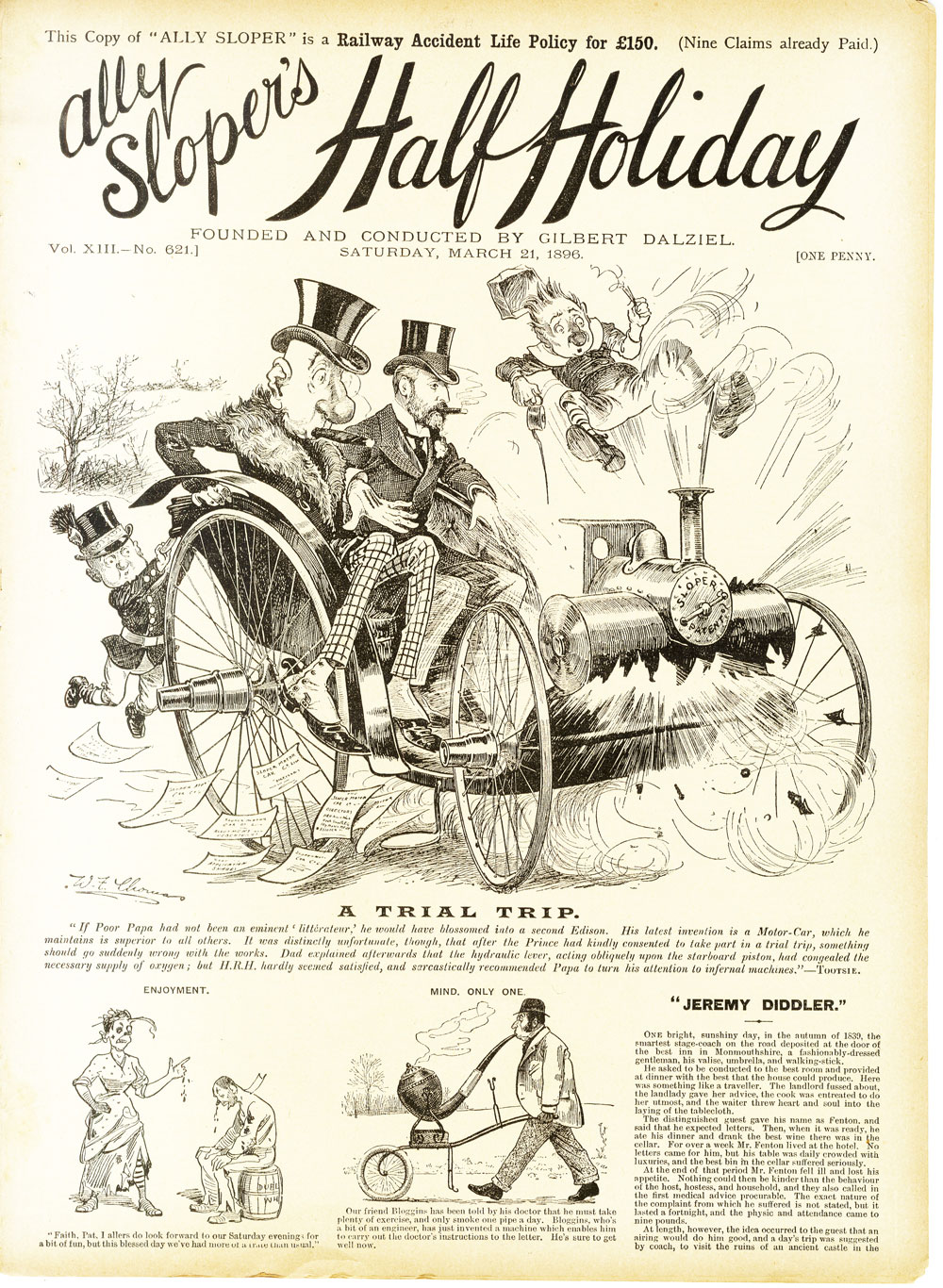 The Victorian ‘funny paper’ Ally Sloper’s Half Holiday was the sensation of its day. Starring the eponymous Ally Sloper, a conman-cum-tramp with a bulbous nose swollen by alcohol (his name is a pun on sloping down the alleyway to avoid the rent collector, the ‘half holiday’ the worker’s Saturday afternoon off), it was the biggest-selling publication of the 1880s. Why is it worthy of inclusion under the rubric of ‘forgotten graphic design classic’? Because in the manner of its presentation it revolutionised the periodical press, and in so doing became the missing link between Punch and The Beano.

Crucial to this process was its relationship to music hall. Due to the way in which it translated the notion of the music hall variety bill on to the printed page, Ally Sloper’s Half Holiday gradually became a highly designed item. Over time, different sections were introduced to reflect different kinds of acts: a topical ‘whirligig’ of the week’s events mimicked the opening turn of an MC; a variety of cartoons and comic strips revelling in both verbal and visual humour echoed live sketches; other sections went ‘behind the scenes’, such as portraits of the glamorous female performers at the mythical ‘Friv’ (Frivoli Theatre), and mini-biographies of jugglers, comedians, illusionists and the like. 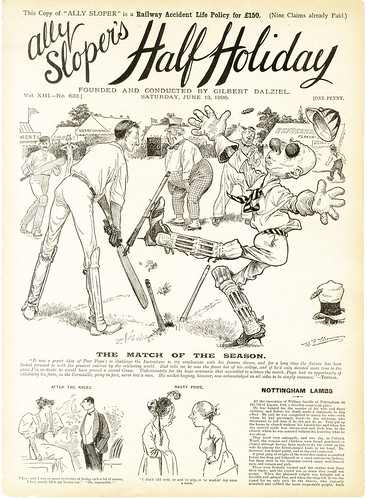 Top and above: two covers from 1896 editions of Ally Sloper’s Half Holiday. Though varied, the format changed so little from week to week that the paper became ‘the reader’s friend’, and helped establish a new relationship between and product.

Such a synergy could only have happened at this point in history, for only now were the mass-market leisure industries established: music hall, cigarette smoking, organised sports (especially football), large circulation newspapers and ‘penny publications’ (‘dreadfuls’, ‘funny papers’ and their heirs), and, to an extent, seaside holiday culture. Ally Sloper’s Half Holiday commented upon all of these, and was part of the same cultural drive. The preconditions were all in place: a mass working-class audience with money and time to spare, a rising level of literacy, urban growth and concentration, an efficient transport system (to reach those urban centres) and the inclination to use advertising and new technology, particularly in the field of printing.

Although Ally Sloper’s Half Holiday was a bit of a mess design-wise when it started – an illogical jumble of strips, cartoons and stories crammed on to the page with no white space – it soon developed an aesthetic of its own. Based on a simple grid, recurring features were repeated week after week – sandwiched between a huge splash illustration of Sloper on the cover, and illustrated adverts at the back.

The magazine capitalised on this regularity by using the year’s events as a tag for the humour – the Valentine’s Day edition, the Boat Race edition, etc. The character of Sloper was not allowed to go stale, so, for example, he was given a family and a dog, opening the way for a soap opera-like continuity. In other words, at every point the reader knew exactly where they were.

These design features would be plagiarised by the press barons of the late nineteenth and early twentieth centuries, who eventually sealed the fate of Ally Sloper’s Half Holiday by producing cheaper products. As for Sloper himself, by 1916 he had been usurped by another king of comedy – Charlie Chaplin.

Sloper is forgotten today. Unlike American and European cartoon characters from a similar period, he has not been kept alive by re-publication. Yet for a brief time, he was the most recognisable fictional character in the Western world, and his publication a design wonder.