Each of Graham MacIndoe’s drug ‘baggies’ brands a different high 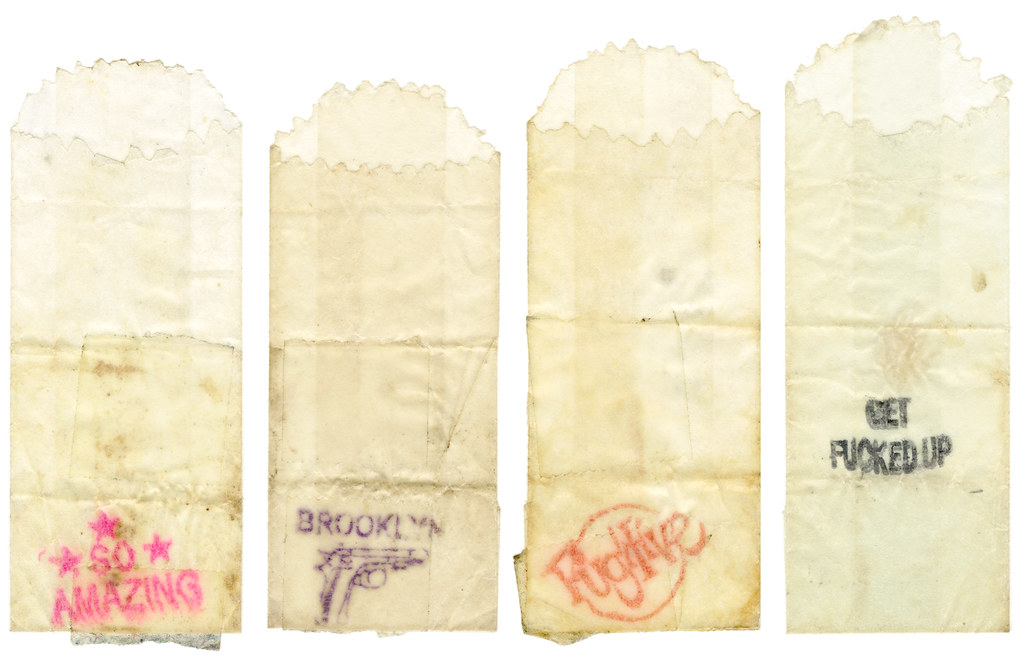 Some time ago in New York City, during a period of addiction, photographer Graham MacIndoe collected empty ‘baggies’. These are the packets of a commodity that is not only illegal to promote, but forbidden to buy, sell and consume. Despite this, the empty wraps, all of which had once contained heroin, had crudely printed graphics and ‘brand names’ that referenced pop culture and escapism. MacIndoe carefully photographed each one.

Far from mere decoration, the baggies’ rubber-stamped logos had a vital place within the underground economy. They signified strength, or a product derived from a particular source. Like many other consumer products, each version of the drug was placed within a market in which the packaging design had an effect upon what sold well and what didn’t – and for what price.

The inked stamps separated the different strains for the customer to identify the product, by association, implication or through past experience. Some stamps supposedly guaranteed the highest quality product – not so different from the labels for alcohol or nicotine, though unregulated and entirely anonymous. However the stamps were perhaps only as trustworthy as the dealer selling them.

Many of the baggies’ logos seem inspired by comic-strip typefaces, or movie posters. Brand names such as First Class, High Life and Rolex suggest aspirations to an escapist American Dream existence, to which a heroin fix might grant temporary access, a world in which the user felt So Amazing – in which a loser might feel like a winner. Some suggest a fun-loving, party lifestyle. Slogans such as Vibes and Juicy normalise the substance, aligning it with recreation rather than addiction.

The poker-referencing All In and Black Label suggest the riskier dealings of a playboy gambler, whose downside is made chillingly clear by baggies labelled Undertaker and Dead Medicine. These stamps, along with Killa, Kiss of Death and All Day (not shown here), with its revolver logo, appear to celebrate the dangerous or damaging aspects of heroin use, glorifying an alternative and potentially nihilistic attitude.

Coming directly from the countercultural communications industry that surrounds the narcotics trade, the graphics, in MacIndoe’s dispassionate photographs, reveal a sense of rebelliousness, of sneaky pride in the business of drugs. Baggies like these are marked evidence for law enforcement to trace, and each mark presumably has a corresponding rubber stamp, an object that could well prove incriminating if found by the authorities. Like graffiti tags, the logos dazzle insiders while taunting the establishment.

The work was shown at Miami Project at the Art Fair with Kopeikin Gallery 3-8 December 2013. A book of MacIndoe’s photographs of baggies is to be published in 2014 by Little Big Man Books.

More about Graham MacIndoe in The Guardian. 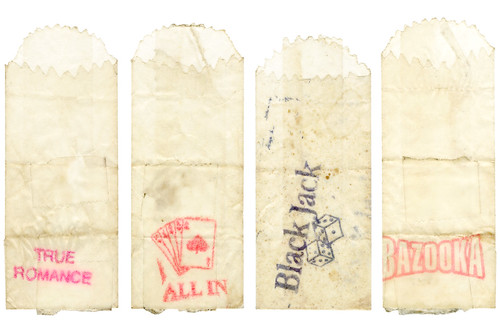