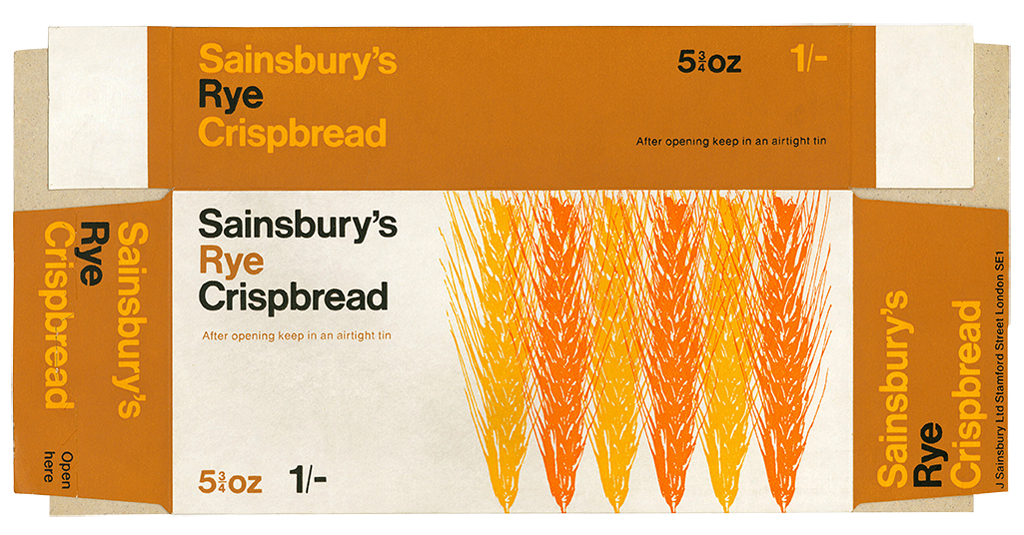 The concept of the supermarket came to Britain in the 1960s from the United States. Shoppers could now roam the aisles picking products by themselves. Before long, the shelves became a battleground between food manufacturers’ heavily promoted brands – with their easily recognisable packaging and vernacular graphic identities – and the supermarkets’ ‘own-brand’ versions of the same foods: less familiar, but sold more cheaply.

Sainsbury’s positioned themselves as the Modernist retailer. The bold, simple design approach of their products followed the company’s philosophy: clean, contemporary architecture for their stores and Swiss-style graphics for their own packaging – sans serifs in suburbia.

These uncompromising designs were the result of two people working directly together: chief executive John Sainsbury and Peter Dixon, who ran the company’s in-house design studio between 1964 and his retirement in 1992. ‘I approved every design for own label,’ said Sainsbury in Own Label (Fuel), a book about the graphics. Today, the studio’s archives are held at the Museum of London: packaging flats curated with the same care as Roman artefacts.