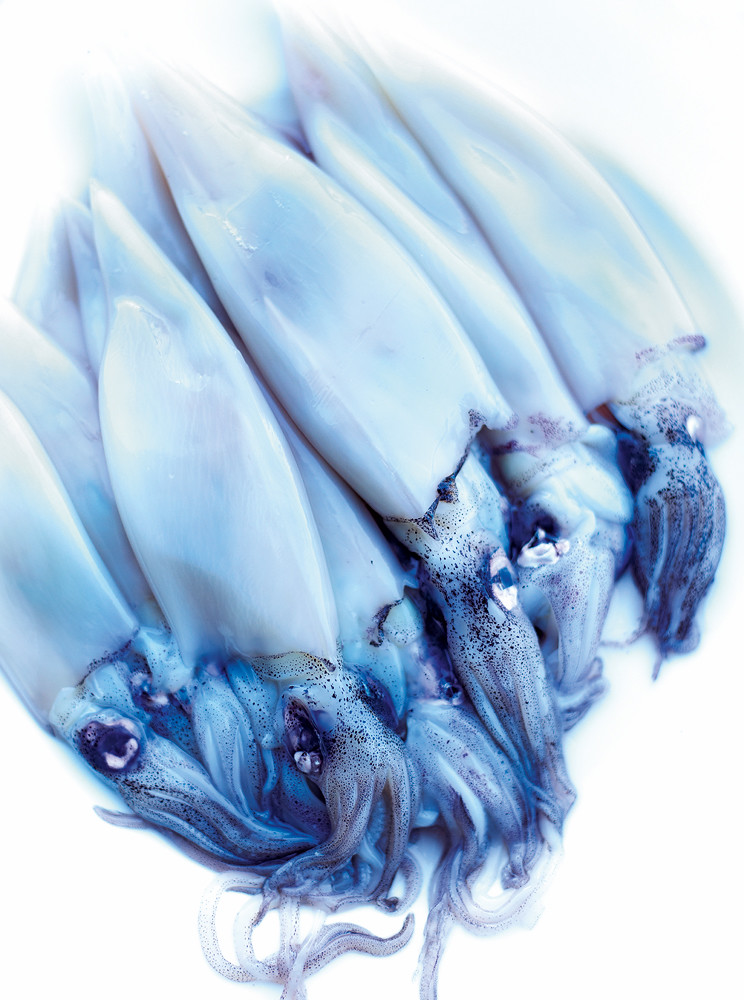 David Loftus is a food photographer who has worked with a number of celebrity chefs, including Rachel Khoo, Gennaro Contaldo and April Bloomfield. But perhaps his most famous collaboration has been with Jamie Oliver, for whom he has done the photography for all but one of his internationally best-selling books.

Loftus began his career as an illustrator, studying at Chelsea (now the Chelsea College of Art and Design) and specialising in collage works, into which he regularly incorporated his own photographs. In the early 1990s, in recession-hit Britain, his illustration commissions began to decline, so he turned to photography full time, initially working for Gardens Illustrated.

Other work soon followed, and his wide-ranging portfolio now includes fashion, portrait, landscape and reportage photography, for such clients as Soho House, India Hicks, Pippa Middleton and magazines Red and Condé Nast Traveller. He has also directed TV commercials, including ones for Sainsbury’s.

In 2010, Loftus was named by Professional Photographer magazine as ‘the 65th most influential photographer of all time’, and in 2012 he published his first book under his own name, Around the World in 80 Dishes. Currently he is working on his sixteenth book with Jamie Oliver.

Richard Krzyzak: How did you move into food photography?

David Loftus: At first I knew nothing about food photography. But in the late 1990s my flower portraits, still lives and interiors were becoming increasingly popular, so Joan Tinney, a much respected picture editor at Cosmopolitan magazine, called to ask me if I had ever shot food before. I hadn’t, but she said, ‘Just shoot it like you do your flowers.’ So I did, and have been doing ever since.

RK: Was there anyone you particularly admired?

DL: Not really, but I grew up with my father’s photography books, so I’d gazed for hours at the pictures of Cartier-Bresson, Ansel Adams and Edward Weston. These images were as much an influence on my illustration as on my photography. And Anton Corbijn, in particular his work for NME, was the first contemporary photographer that got me to sit up and say, ‘Wow!’.

Jamie Oliver photographed digitally in daylight in New York in 2008. For Jamie’s America, Penguin 2010.
Top: Squid, photographed at the fish market in Aegina, Greece in 2008 for Jamie magazine. 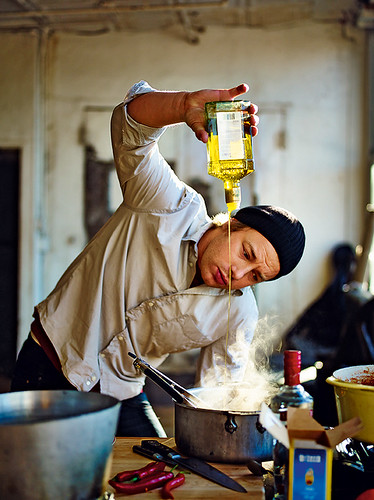 Australia’s Vogue Entertaining was probably the first food magazine I bought. Like Martha Stewart Living in the US, Vogue was stretching the boundaries of traditional food photography, focusing on the people and the places that created the food as much as on the finished dishes themselves. I never had to go through the foody world of two shots a day, boot polish to brown turkeys at Christmas, lard for ice cream and so on – mainly because I never knew it existed!

RK: How did you develop your voice?

DL: Daylight. A lack of formal training can be a wonderful thing! I’d used the darkrooms at Chelsea as an escape and hiding place from some of the tutors there. I’d been excluded from using the ‘dark’ studio, so I had never learnt how to use flash. So I got used to following the techniques of Bresson and Brassaï by using only available light, whether it was a shaft of daylight, or a dimly lit streetlight. After Gardens, Australian Vogue was the first to notice this as a commercial plus, and they began to shoot food, portraits, landscapes, beauty, fashion – just about anything and everything – fast and furiously in available light.

RK: Was there a pivotal image?

DL: The first cover for Gardens Illustrated was certainly pivotal, as were a series of portraits I shot for the design company Nucleus. They had commissioned a number of ‘interesting head shots of South African wine growers’ in a rather nasty strip-lit office in Thames Ditton. But I spied a graveyard out of the window and, though it was a dull rainy day, I persuaded the wine growers to pose outside in the dim gloom among the graveyards. These portraits, published for Thresher, won me a European Portrait Photographer of the Year award, and a Garden Photographer of the Year followed. So I knew I must be doing something right.

RK: Where were your first food pictures published?

DL: Cosmopolitan’s ‘Quick meals’, with a lovely chap called Richard Ehrlich. He watched without comment or complaint while a very inexperienced photographer set up his food on an old drawing board resting on a dusty armchair next to a small attic window, with tin foil as a reflector.

RK: How important to your photos were stylists and home economists?

DL: Initially I was sent to shoot chefs. My first experience of working with a food stylist was working on an ice-cream shoot with Ginny Rolfe. I didn’t know at the time, but Martha Stewart described her as ‘the Gwyneth Paltrow of food styling’. Ginny was taught by a chap called Peter Smith, and most of the best I’ve come to realise – for example Sarah Tildesley and Rosie Scott – have been. I use them for all of my advertising shoots, as well as for many of my editorial and book shoots.

RK: How did the Jamie Oliver relationship develop, and how do you work together?

DL: My first meeting with Jamie was when I was sent by the Saturday Times magazine to shoot an up-and-coming young chef from the River Cafe, who had just landed a new TV and book deal. He was two hours late for a shoot on a roof-top at dusk in East London. It was getting dark and there was no barbecue, so he built one out of old tyres and planks of wood. He’d just finished a full shift, but he was like an overexcited puppy and instantly likeable. Luckily he cooked fast, though I remember he danced around so much that many of the portraits, on tranny, were quite blurry and very blue! The Times magazine made one of the portraits its mid-summer cover and Jamie loved them all, so we’ve been close friends ever since.

Now we travel the world together, shooting campaigns, portraits and of course a hell of a lot of food. Jamie still styles all of his own books – a real rarity among celebrity chefs – and we shoot very fast, with intensive, long days. Often we cover several projects in a day, always using a handheld camera, and always in daylight. It provides us with lots of options – and lots of laughs, too.

Ribs photographed digitally in New York for Jamie’s American Road Trip in 2008. Like many of Loftus’s photographs, this was shot handheld using daylight, and styled by Oliver. 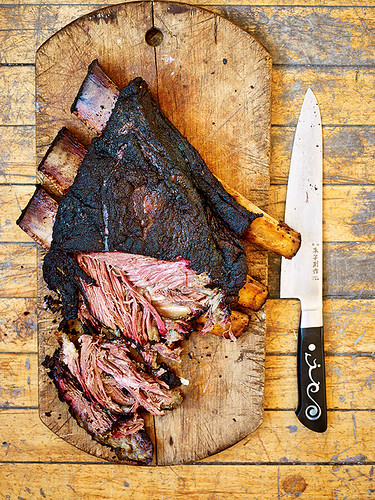