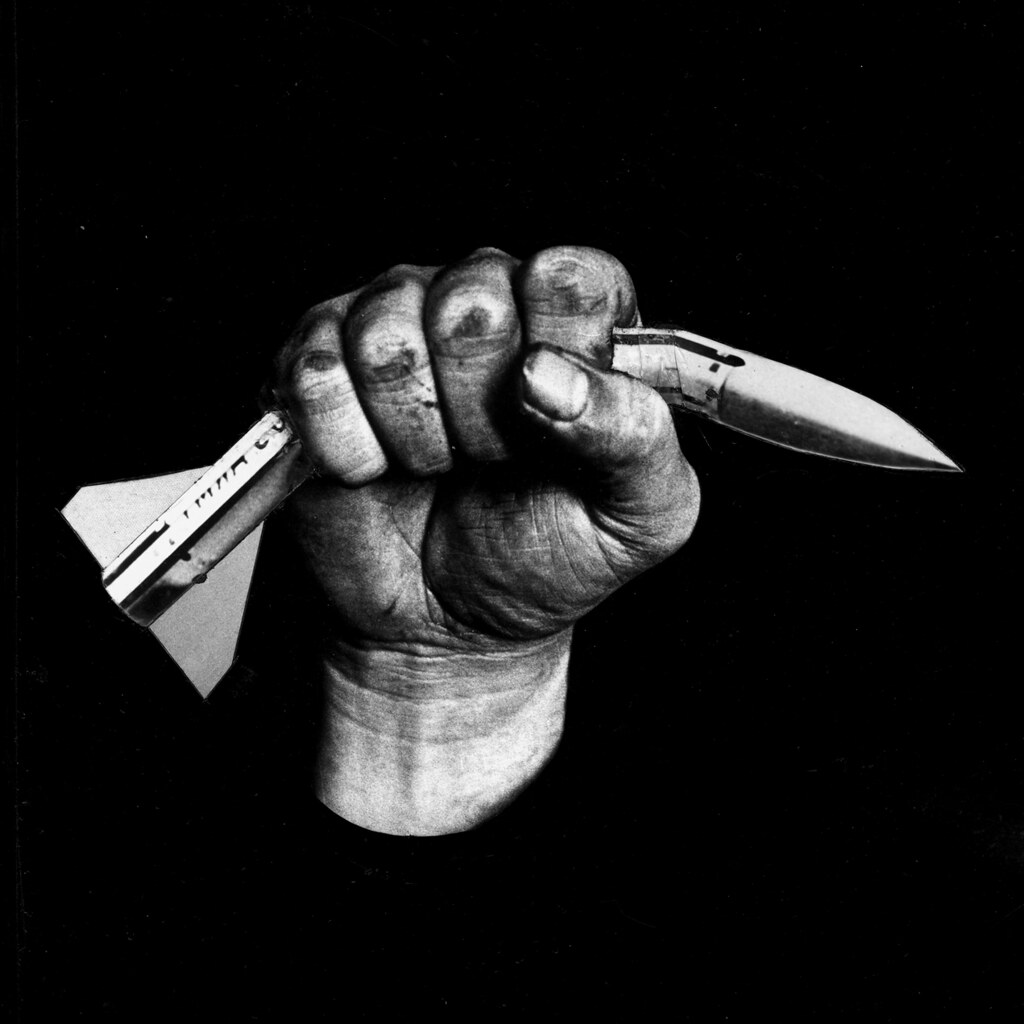 The political photomontage was perfected by John Heartfield in the 1930s and the German artist remains the towering figure in the genre. In Photomontage: A Political Weapon by David Evans and Sylvia Gohl, published in 1986, the illustrations are divided into two sections. The first consists entirely of Heartfield’s images; then comes ‘Photomontage after Heartfield’, which shows the work of fourteen artists or teams in West Germany, the Netherlands, Sweden, Canada and the UK. Revisiting the collection now, many of these later pieces, produced since Heartfield’s death in 1968, seem lacklustre compared to the originator. The one figure who stands out for his graphic cogency is Peter Kennard, active since the late 1960s and still motivated today by a profound sense of political anger and commitment.

The radical imprint Pluto Press has just published Peter Kennard: Visual Dissent, a new collection of his work, designed by Peter Brawne. From the largely wordless flow of cut-ups in Images for the End of the Century: Photomontage Equations (1990) to the Domesday Book (1999), a ‘photopoem for the Millennium’, Kennard has been adept at re-editing and resequencing his body of photomontages to make new publications. As he argues in Visual Dissent, it is regrettable that images of protest made 30 years ago remain entirely relevant to our present-day global situation and politics. British MPs on a ‘Stop Trident’ march in 2016 carried posters with a photomontage of a nuclear weapon smashed in two by a CND symbol that Kennard created in 1980 to protest against cruise missiles. 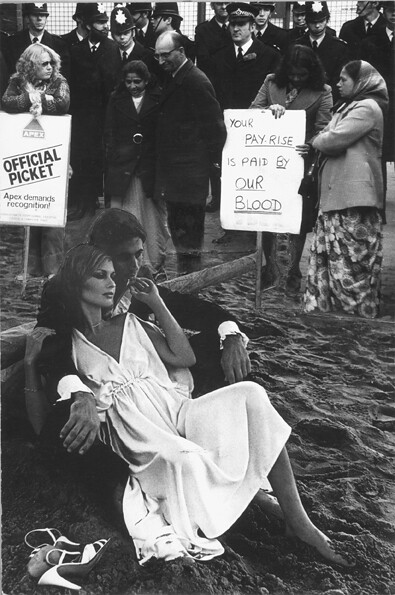 While many of the photomontages in Visual Dissent are familiar icons of defiance, what makes the book so valuable is that for the first time Kennard provides a detailed account, year by year, of the origins and use of each image. He backs this up by reproducing covers and pages from publications in which the photomontages appeared. These include mainstream news titles such as the Guardian, New Statesman and New Scientist, as well as left-wing journals such as Peace News, Socialist Challenge and Red Pepper. Many of the images were designed to detonate their message on the page and they come into sharp polemical focus in these settings, surrounded by columns of text. Kennard’s monochrome imagery dates from the time when news publications were routinely printed in black and white and colour photography was a luxury that tended to signal consumerism. Black and white, in other words, was still the medium of investigation, reportage and truth telling. When Kennard began, news photography had yet to become a mostly full colour pursuit. 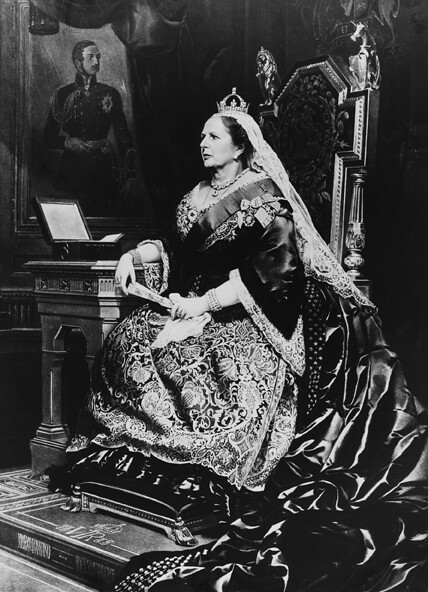 If political photomontage in the Heartfield/Kennard vein has a future, then one might expect a transition to colour as the new normal – Josep Renau deployed technicolour montage to brilliant effect in the 1950s (see link below). Kennard was responsible, with the artist Cat Phillipps, for a superbly memorable example, the Tony Blair Iraq War ‘selfie’ Photo Op, though this isn’t in the book. He uses colour from time to time, but not with the same sense of graphic fluency and punchiness he brought to black and white. He originally studied painting and he now creates multimedia projects addressing subjects such as Afghanistan, drones and the refugee crisis. Boardroom, an installation that formed part of his show ‘Unofficial War Artist’ at the Imperial War Museum, London in 2015, was a complex three-dimensional theatre of alarming monochrome images. 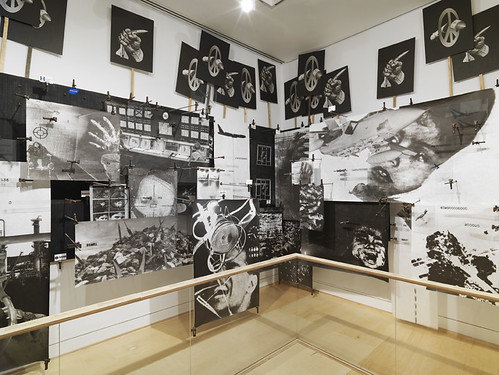 Kennard’s rejoinder is that he is ‘not trying to compete with adverts where the imagery is mainly seamless’. The roughness of the montages, the visible joins, even the black-and-whiteness, are deliberate gestures meant to break through the perfectly crafted, high-resolution surfaces of the corporate image-world to expose the ugly reality they help to conceal. Kennard isn’t bothered if some dismiss the images as statements of the obvious and his defence, in the text, is to reiterate the need to make people perceive the bloody truth of humanity’s wars and profiteering. In terms of effectiveness, though, this doesn’t address the criticism. Anyone who professes to find the messages of these montages ‘obvious’ is saying that they already understand the iniquities the images address, so, for them, the image is superfluous. Revelation or not, the question is, what should we do with this knowledge? 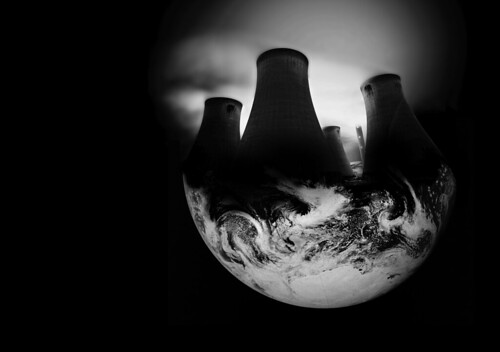 Photomontage remains, at least in theory, a powerful way of connecting realities to drive home a critical idea. The technique has been used much less widely in recent decades for political purposes than one might expect. Kennard sees himself as a visual journalist, a ‘reporter by other means’, and he is a deeply honourable and trenchant exponent of the medium. In a time of global crisis, on so many fronts, his unremittingly tough and clear-sighted body of work should inspire a new generation of image warriors to wield the scissors of revelation, whether electronic or steel.

Kennard pushing his News Truck, which he constructed in the 1990s. 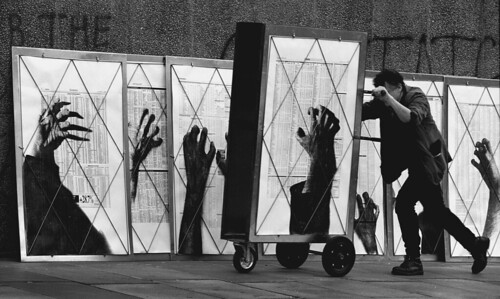