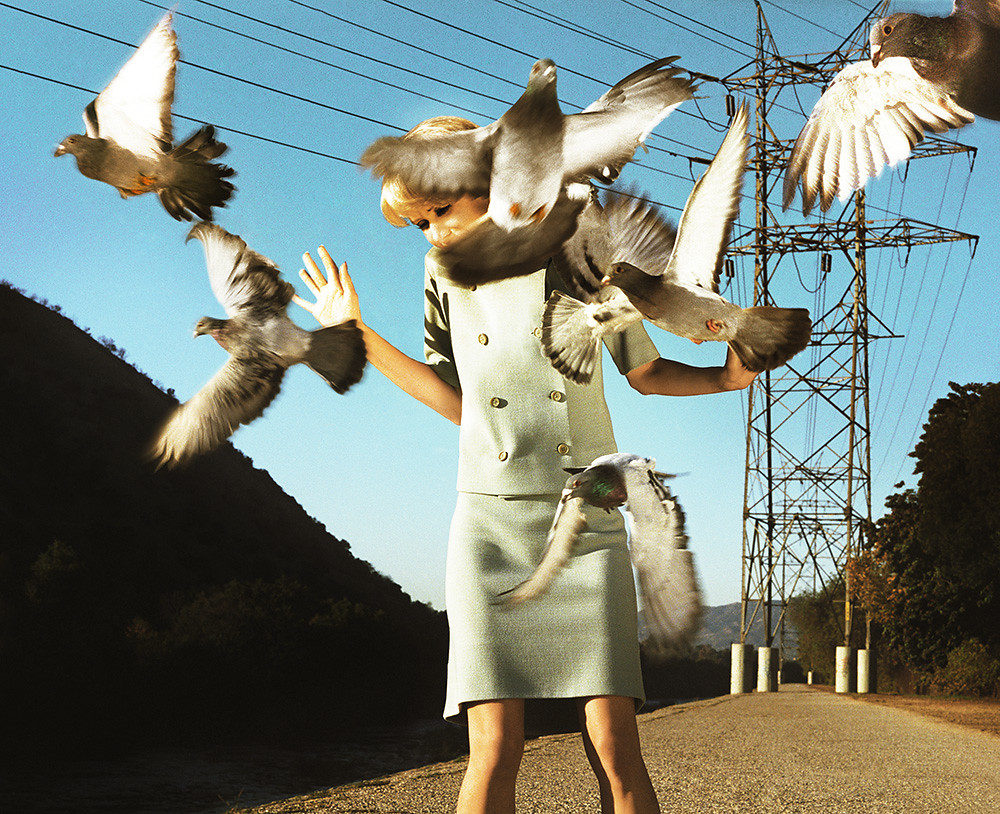 Los Angeles photographer Alex Prager’s path to international acclaim is highly unusual in the ultra-professionalised realm of contemporary practice. At the age of 21 she saw an exhibition of pictures by William Eggleston and decided on the spot that this would be her direction in life: she would become a photographer. She bought a professional camera and darkroom equipment and began to teach herself the rudiments. She didn’t bother with art school. For seven years she tried to persuade galleries to exhibit her pictures and when they declined she showed them anywhere she could find wall space. Her early images were street photographs influenced by Henri Cartier-Bresson, Weegee and Diane Arbus. The breakthrough came when she switched to staging the images, giving herself complete control of their content, and she made her official debut in 2007 in a gallery in Santa Monica.

‘Silver Lake Drive’ at the Photographers’ Gallery in London is Prager’s first retrospective of work in her mature style and it is supported by a monograph published by Thames & Hudson. Prager’s meticulously crafted fabrications have the artificiality, hyperrealism and glamour of film stills. In Julie, a woman with her back to us crouches tense and watchful on a slope as a distant bird swoops into the frame, while another of Prager’s female characters, Eve, is disorientated and obscured by pigeons startled into flight, like a figure in a remake of Hitchcock’s The Birds. In her ‘Compulsion’ series (2012), Prager mixes giant close-ups of a single witnessing (or voyeuristic) eye with scenes of strange disaster. In 3:32 pm, Coldwater Canyon, a woman hangs precariously by her hands from the fender of a red car tilted weirdly in the sky. We have no idea what is supporting it. The images are alluring, alarming and humorous all at the same time. 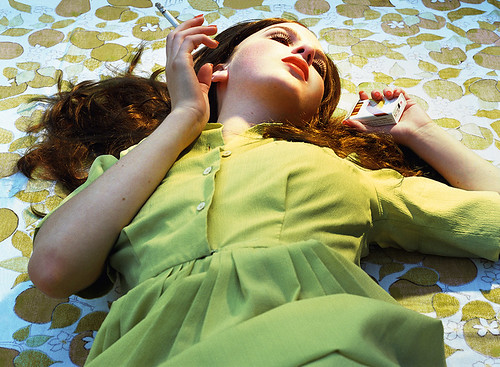 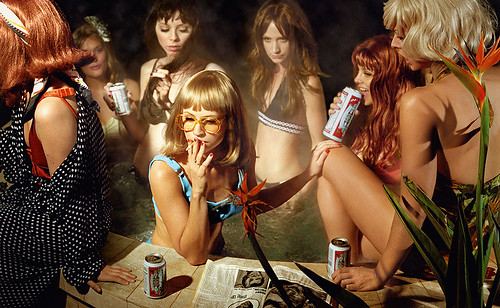 Prager says it was only later in her career that she watched the films of Hitchcock, after viewers kept referring to him, and saw the Untitled Film Stills of Cindy Sherman, her most obvious precursor. When she started, her primary references for staged photos were Helmut Newton, Guy Bourdin, Philip-Lorca diCorcia and Gregory Crewdson, whose filmic panoramas are similarly dependent on elaborate set-ups supported by teams of assistants the size of film crews. People would ask Prager what happened before and after the moment of narrative enshrined in the image and this led her, in 2010, to make her first film, Despair, starring the actress Bryce Dallas Howard. The dialogue-free piece is ravishingly shot, like a highly compressed Technicolor feature, with specially commissioned Hollywood-style orchestral music by Ali Helnwein, stylised views of a building reminiscent of Hitchcock’s Rear Window, and a bittersweet ending. Prager followed it with Sunday (2010), La Petite Mort (2012), Face in the Crowd (2013), and La Grande Sortie (2016) – all shown at the Photographers’ Gallery.

The photographs and films, often shot back to back, allow her to explore her themes as both static tableaux and densely choreographed scenes of movement. In Face in the Crowd, she mixes personal acquaintances (her sister is a regular) with professional actors and dresses her cast in outfits she has spent years collecting – the photo’s notional decade is often hard to pin down. In one of the images, Crowd #3 (Pelican Beach), an aerial shot of a giant sand pit in the studio, models in casual clothes and swimwear take their leisure on the ‘beach’. Every character is convincingly acted, every detail flawlessly realised. As in many of the pictures, a woman looks out of the scene at the camera, appearing to notice the viewer. In the crowd but not entirely a part of it, these female protagonists often betray signs of distraction or disturbance. 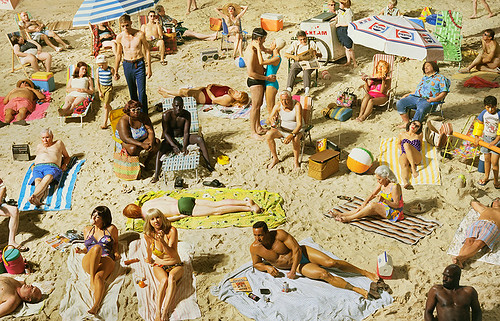 It is striking listening to Prager in interviews how pragmatically she talks about her work. The Photographers’ Gallery attempts to position her using Laura Mulvey’s classic feminist theoretical essay, ‘Visual Pleasure and Narrative Cinema’ (1975). But Prager comes across as much more straightforwardly enthused by the popular conventions of the Hollywood film culture in which her city is steeped. She says the women in her images and films represent her own emotional states. She wants her work to communicate emotion and she uses the word repeatedly; Despair’s title makes this explicit. The play-acting, melodramatic staging and uncertainty of era are devices for opening a space between the work’s latent and manifest content and making the expression of emotion more palatable and pleasurable. There may be irony in the method but the sentiments are real. Prager achieves her aims with such a deft intuitive understanding that one has to wonder what delicious strains of subversion she could hatch within the framework of a multiplex-delivered feature film. 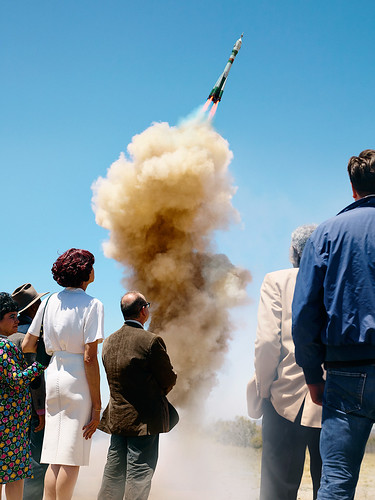