Catel’s quick-fire sketches illustrate the life of the young model who became a Surrealist icon and Man Ray’s muse. Critique by Rick Poynor 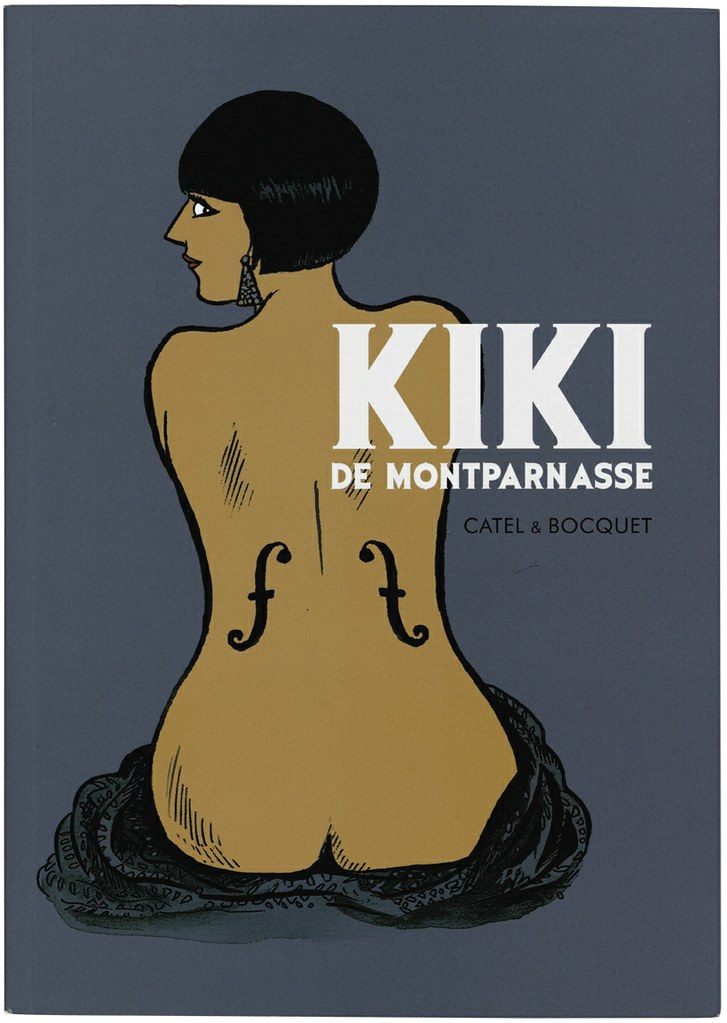 I had some reservations about Kiki de Montparnasse, a new graphic biography of the artists’ model and muse, painter, singer of bawdy songs and celebrity, who came to fame in Paris in the 1920s. The woman herself is fascinating. I thoroughly enjoyed her autobiography, Kiki’s Memoirs (1929), banned in the US and finally made available in English in 1996. But the graphic style of Kiki de Montparnasse (SelfMadeHero) drawn by Catel Muller and written by José-Louis Bocquet, is not one I would normally go for – I prefer a sharp line and a tightly constructed page – and graphic mood is crucial in a narrative that runs to 370 pages.

Kiki, drawn by Catel (she works under her first name), is much more relaxed. Her artwork is quick-fire, loose of line, impressionistic rather than meticulously detailed, as though we are looking at sketches made in haste as these events unfolded in front of the artist. The page is generally open, with a lot of white showing through unless it happens to be night-time.

Long before I was halfway through, Catel’s delicately skating pen had me completely charmed and convinced she was the perfect artist to handle this story. The immediacy of her graphic style captures Kiki’s personality to a tee: lively, amusing, generous, irrepressible, quick to stick up for herself, a natural entertainer who never failed to grab the opportunity to have a good time.

Kiki was born Alice Ernestine Prin in 1901 at Châtillon-sur-Seine in France. There is some doubt about the identity of her father; her mother moved to Paris, leaving Kiki’s grandmother to raise her. Later, she joined her mother and worked as an apprentice bookbinder, a shoe repairer and as a servant in a bakery, when she posed for a sculptor for the first time. After a row with her disapproving mother, she lived on the streets, and the book takes off with Kiki’s discovery of bohemian Montparnasse. She became the lover of the painter Soutine and posed for Modigliani, Utrillo, Maurice Mendjisky and Foujita, who became a life-long friend.

In 1921, Kiki met the American artist and photographer Man Ray. During the eight years they were together, she posed for photographs such as Le Violon d’Ingres (1924) – redrawn, without turban, for the book’s cover – that were to become emblematic images of Surrealism and Paris in the 1920s.

In the book, Kiki loves Man Ray passionately and wants to have his child, but he won’t commit. Catel and Bocquet dramatise the couple’s differences in an almost wordless scene in which Man Ray, playing against modern art’s most famous chess enthusiast, ignores her. ‘Because of you I lost the game against Duchamp!’ he says later.

The story advances in a series of salient episodes indicated by date and location: Kiki’s trip to America half-hoping to become a film star; her arrest on trumped-up charges of prostitution in Villefranche-sur-Mer (she escaped jail only thanks to the intercession of Man Ray and other Surrealists); the first exhibition of her paintings in 1927; her appearance in Man Ray’s avant-garde film L’Étoile de mer.

Kiki spends much of the book without her clothes on, posing for the artists who admired her, sunbathing by the sea, or luxuriating in the arms of her lovers. But there is nothing remotely salacious about Catel’s depiction of Kiki’s nudity – the uninhibited expression of a woman ahead of her time and a remarkable free spirit. Nor does the book flinch from showing her later dependence on drink and drugs. When Kiki died in 1953, her kindness and zest for life were undimmed.

Kiki de Montparnasse is a triumph of culturally literate graphic biography, every bit as involving, informative and vivid as a conventional biography or a biopic. Bocquet’s dialogue, translated from the Belgian edition, is concise and natural, propelling the narrative along in rapid strokes, without any need for additional panels of exposition. The book also comes with some useful extras: a chronology, biographical notes on key figures in Kiki’s story and a bibliography.

Even after years of reading graphic novels, I still feel a twinge of the old suspicion that the form is inherently frivolous and not suited to serious subjects. Books such as Kiki should lay that canard to rest once and for all. SelfMadeHero, its publisher, deserves credit for an ambitious commitment to graphic literature that refuses to accept this enduring prejudice. The company, based in London, has previously published graphic biographies of Johnny Cash and ‘gonzo’ writer Hunter S. Thompson. Baby’s in Black, the story of Astrid Kirchherr and the ‘fifth Beatle’ Stuart Sutcliffe, will follow Kiki. 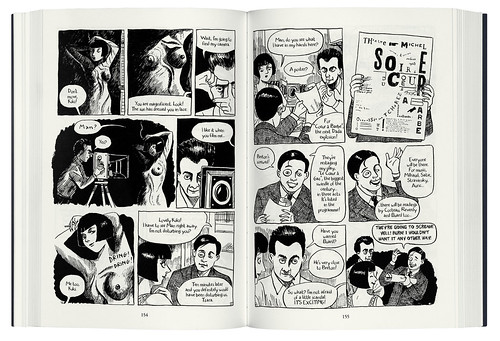