I found David Thompson’s article on ‘Art bollocks’ (Eye no. 62 vol. 16) a welcome read on a grey Friday morning. Working with artists, I’ve had many conversations about the vacuous waffle punted about by such parties. The most striking thing is critics are now reluctant to criticise work – at least in any coherent and understandable way. Which is a shame, because criticism has its place. For every example of an artist being misunderstood, there are countless instances when practical criticism has provided guidance. Mr Thompson rightly points out that much of this tosh is published because nobody wants to have an opinion that might be considered ‘wrong’. All too often critical theory is used to justify frankly shoddy work (but don’t take my word for it – this is only my opinion).

Conceptual art is about communicating concepts. There is a place, especially for developing artists, for someone to say ‘I don’t understand this artwork, you might want to think about why’, or ‘If you are going to use the language of film, please edit your two-hour video piece because it’s boring’. When was the last time you left an exhibition thinking: ‘I liked that work – it had all the cultural references it needed to be a great piece of art’?

The shame is that we pretty much accept the failures of modern criticism, because we choose to ignore it, reasoning that ‘it’s too highbrow for me’, rather than questioning the author’s ability to say anything of interest. If anyone does try to buck the trend, they are ostracised by their peers for being ‘populist’ or for ‘dumbing down culture’. I don’t know, for such a bunch of lefties, they seem a snobbish bunch. To use the language of the critics, it’s all about context. That’s what I now say to my mother when she phones up to moan about the Turner Prize every year. Consider the gruesome ‘torture chic’ fashion spread from Vogue Italia shown in the same issue. Move it from the pages of Vogue and into a pristine white-walled gallery and this naïve exercise in selling clothes could be described critically as ‘an incisive examination of the politics of a consumerist society fuelled by a totalitarian and oppressive global petro-economy’. 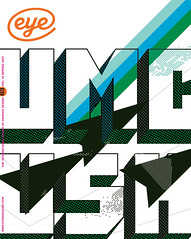