Alec Soth’s photographic journey along the Mississippi merges the documentary with the poetic. Photo Critique by Rick Poynor 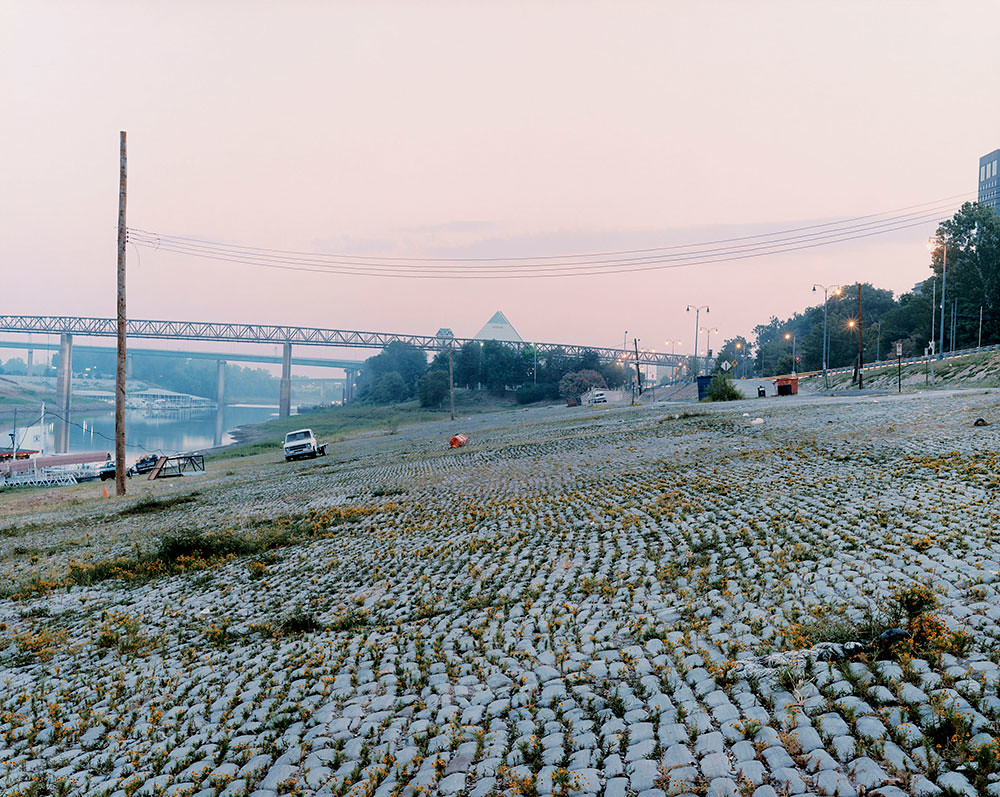 The photobook is a medium predicated on sequences. One picture follows another. If there were no connection between the images, the book would be random. This might be the photographer’s aim – to showcase a set of individual pictures, as in a catalogue – but it wouldn’t make for much of a photobook. The form requires a theme and the investigation of a theme necessitates a sequence.

Sleeping by the Mississippi, first published in 2004, and now reissued by Mack, states its theme in the title. The Mississippi River rises in Minnesota in the north of America and descends for 2300 miles to Louisiana and the Gulf of Mexico. Alec Soth makes the long journey south and the book – pieced together from a series of road trips – meanders through the states of Iowa, Wisconsin, Missouri, Kentucky, Arkansas, Tennessee and Mississippi, often doubling back on itself. Soth prefaces the flow of images with a quotation from the transatlantic aviator Charles Lindbergh about sleeping with your eyes open – we see Lindbergh’s childhood bed – and Sleeping by the Mississippi has the disorientated air of lucid dreaming. 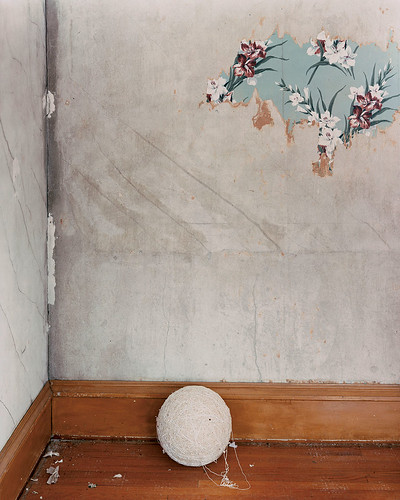 The reissue is accompanied by a selection of photographs at the Beetles+Huxley gallery in London, giving a chance both to experience the book and study the exquisitely detailed, full size images. The show starts in the original sequence and then begins to move the pictures around. 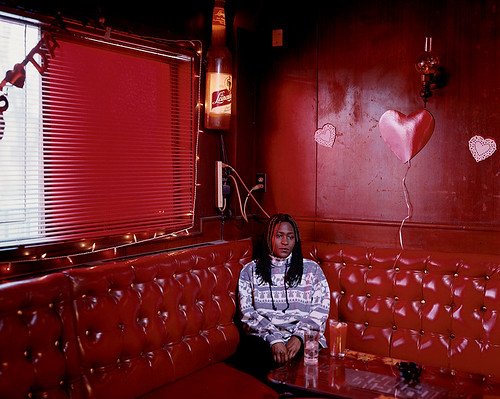 Soth’s series cuts back and forth between three kinds of picture: character studies, interiors shot without people, and environments and landscapes, sometimes showing the river. They could almost be from separate photobooks except that he constructs the work from the tension between presence and absence. These people, or people like them, live in places like this. It is impossible to look at the empty hospital bed next to a 1950s television in Green Island, Iowa, or the abandoned chairs in the wood in Luxora, Arkansas, without musing about their missing occupants. Soth can extract a huge weight of soulfulness from a houseboat locked in the river ice from which its unseen owner has strung a line of washing that, from the interloper’s vantage point, exactly fits into the shape made by a stand of trees.

Then, in the next picture (in both book and show), we meet Charles, standing outside a wooden hut in a boiler suit and a balaclava, which frames his beard, holding out two model aeroplanes. His gesture is unreadable, though a kind of defiance comes through – life accepted for what it is – and this feeling is there in all of the portraits. Soth uses an 8 x 10-inch camera on a tripod and the pictures require the sitters to wait, relax and (maybe) reveal something deeper about themselves. So what do we see in the face of Lenny, posing with bare torso and big muscles in his kitchen, accompanied by an enormous dog? Could it be startled sadness tinged with a hint of eroticism? A note at the back by Soth reveals that Lenny’s teenage son died recently and that he moonlights from his job as a construction worker as an erotic masseur. Even the dog looks spooked. 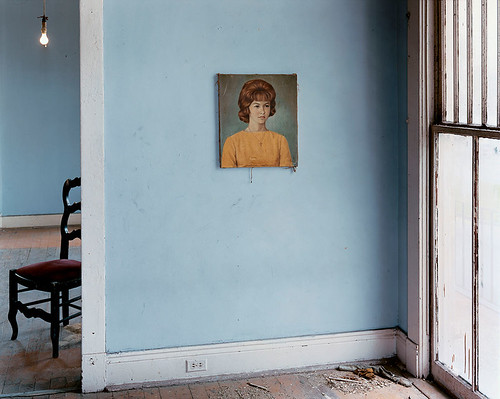 The image of the bed recurs, as do empty chairs and pictures of pictures: three painted plates in Lenny’s kitchen, offering scenes of motherhood; a portrait of a young woman on a bare blue wall; a preacher’s photographic shrine to his loved one. In Port Gibson, Mississippi, Bonnie proudly holds in her lap an ornately framed photo of some clouds and one of the formations is in the shape of an angel. 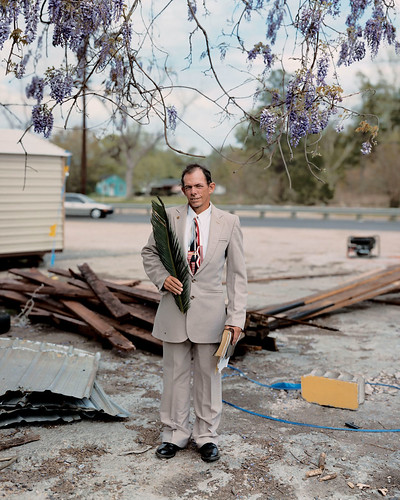 Religious imagery permeates the pictures. A convict has inked the words ‘Preacher Man’ on the neck of his T-shirt. Patrick in an over-large suit carries a palm for Palm Sunday. In Buena Vista, Iowa, in the frozen countryside, the legs have fallen off a statue of the crucified Christ and one of them dangles there, upside down. It is easy to overlook this at first glance. Soth’s pictures need time: those shadowy rectangles under the pines behind the gas station with the ‘Tourist info’ sign are headstones in an incongruously sited cemetery; that distant figure in a field is holding a rifle because these are captive workers on a prison farm.

Soth’s images, like their most obvious precursors, Walker Evans’ American Photographs and Robert Frank’s The Americans, merge two ways of seeing: the documentary and the lyrical or poetic. He composes with a deliberate and exacting eye, sensitive to the potential implications of every detail in the frame. There are pictures so perfect that it seems likely he has at least partly arranged the set-up. Was the broom leaning against the closed door when he found the scene, a foil to the TV, hospital bed and air-conditioning unit? It doesn’t matter. Soth evinces something real and the orchestration of feeling within an image, and from one image to the next, is handled with unfailing assurance, often melancholy but also somehow consoling.

Beetles and Huxley
Alec Soth: Sleeping by the Mississippi (Mack)