Consequent to the last detail

Less and More: The Design Ethos of Dieter Rams 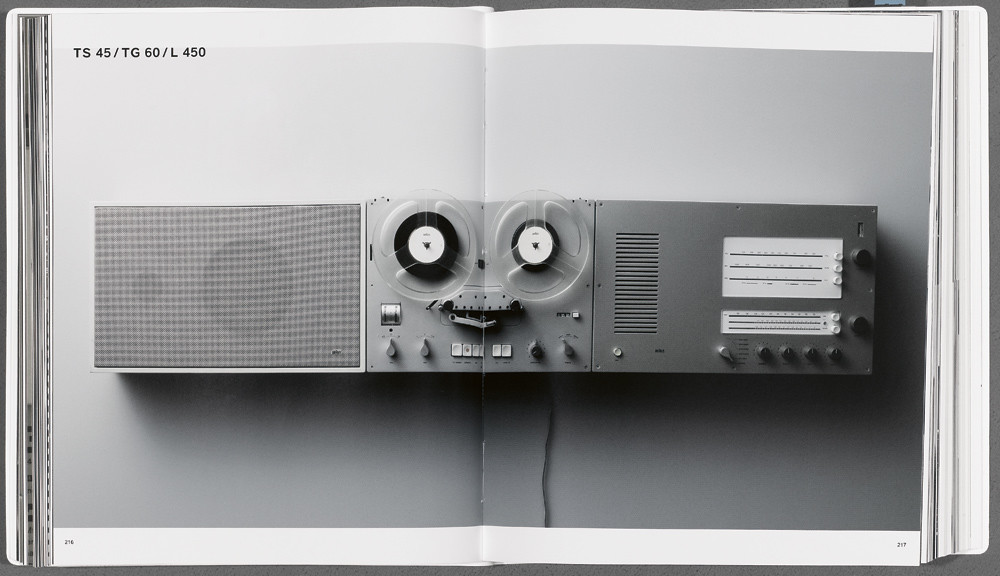 Looking at the kitchen mixers, hi-fi equipment and other products that Dieter Rams (b. 1932) devised for the German company Braun from the late 1950s to the late 1990s, it’s hard to imagine the phrase ‘white goods’ could have come from anywhere else. Look at Rams’s T 3 Pocket Transistor radio (1958) and TP 1 (1959) and you see the spiritual forefathers of the iPod.

Less and More is an 800-page book-cum-catalogue published by the two Japanese museums (the Suntory in Osaka and the Fuchu Art Museum in Tokyo) responsible for the recent Dieter Rams retrospective. (The exhibition comes to London’s Design Museum in November 2009.) The book is bound in soft white plastic, with the contents printed on two stocks: one best described as a bible paper, the other a semi-coated matt. This gives its (uncredited) designer the opportunity to break from text to full image to photographic orthographic projections of some of the iconic products Rams designed for Braun over a 42-year career at the company, including nearly three decades as design director (he retired in 1997).

The book begins by providing a context for Rams in the industrial tradition and the postwar economic miracle of the Federal Republic of Germany. It then moves into photo-essay mode, documenting Rams’s late 1950s explorations of kitchen mixers, radios, record players, speakers and razors. In the early pages, we see the simple formats and industrial design vernacular so successfully rediscovered by Jonathan Ive at Apple and their imitators. By page 196 the connection is made explicit with the T 1000 World Receiver radio (1963), a landmark design that continues to inspire a new generation of industrial designers. (An essay in Less and More calls him ‘The designer’s designer’.)

The document continues for another 400 pages of hi-fi designs, camera equipment, calculators and furniture, including Rams’s timeless 606 Universal Shelving system for Vitsœ. Then it’s back into bible paper for more context. A timeline of Braun products defines an industrial corporate design spanning 30 years. There are essays on
Rams’s working processes; his relationships with Vitsœ and Braun; packaging and communication design.

The book is well researched, with an expansive bibliography and points of reference (though no index). The essays provide a context for key periods and relationships, dialogues on pure design, the design process, use of materials and the design of life itself, including Rams’s own ‘Ten Commandments’, which include the line: ‘Good design is consequent to the last detail.’

In contrast to, say, the stylistic meanderings in American car design over the same period, you see in Rams’s work for Braun and Vitsœ a recognisable visual language expressed across white goods, furniture, hi-fi equipment, advertising and packaging – integrated brand identity in two and three dimensions. It’s notable that Ive enjoys a similar relationship with Apple, where the results are similarly defined. As Rams might say ‘design is to think’ or ‘less but better’. 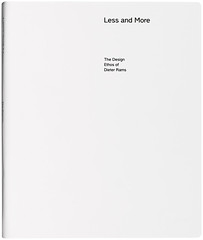