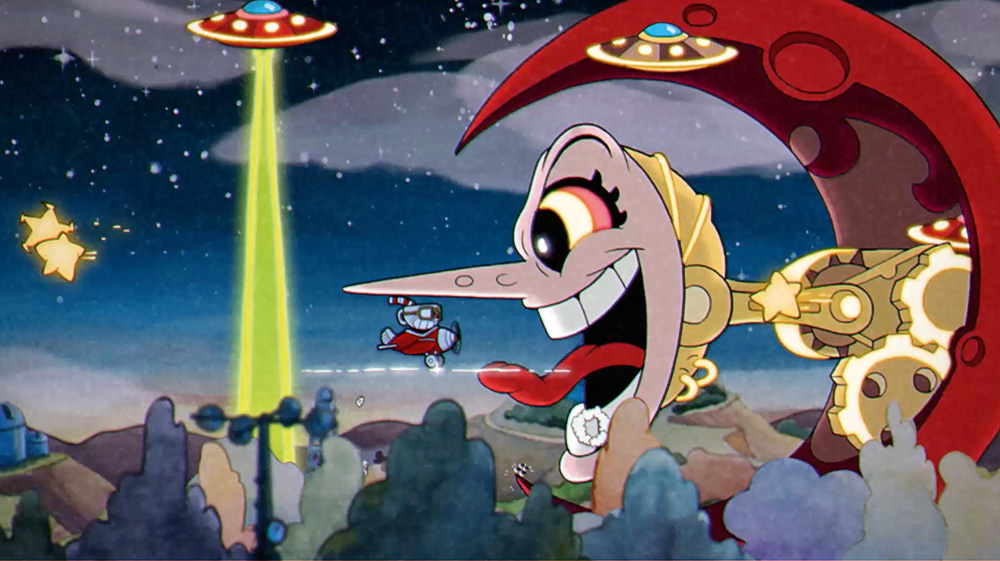 The first video game title from Canadian developer StudioMDHR, Cuphead is a run-and-gun game of the sort that was popular in the late 1980s, such as Mega Man and Contra. In the current age of open-world environments, procedural generation and virtual reality, it appears atavistic, especially as it reverts to a fixed third-person perspective, side-on, with the titular hero sliding back and forth against a scrolling backdrop.

There is a loosely sketched narrative to the game about settling a bet with
the devil, but this is largely immaterial, as each level works on a single core premise: you must navigate across the screen from start to finish, shooting any of the fantastical creatures that impede you. If that didn’t already mark out the game as unusual, it has also been painstakingly hand-drawn and inked in a manner that leans on the cartoons of the 1930s and 40s, most heavily on those produced by Max and Dave Fleischer at Fleischer Studios.

To those not versed in the history of animation, Max Fleischer’s role
as possibly the chief technological innovator of the first half of the twentieth century may not be familiar. But his cast of characters almost certainly will be, as they include childhood favourites such as Popeye the Sailor, Bluto and Betty Boop. Equally important were Max Fleischer’s inventions, such as the Rotoscope – a means of using live-action film to act as a guide during the character animation process, thus creating more natural movement – that brought a new level of realism to cartoons of the period. This was later followed by innovations that allowed the integration of animated figures within real-world backdrops.

Max Fleischer’s direction was always driving towards ever-greater levels of immersion. It is oddly fitting, then, that his work should have returned to the cultural discourse via the medium of the video game industry, which has come to be defined by the marriage of hyper- realistic animation with the latest in immersive media.

‘The love of these cartoons stems from my childhood,’ explains StudioMDHR’s Chad Moldenhauer, the chief architect of the game, alongside his sibling Jared. ‘My brother and I had access to a bunch of cartoons on compilation tapes that our parents got us. They were something we always gravitated towards, mainly due to the surreal and macabre nature of the work from that era.’

Until the mid-1930s, the US cartoon industry wasn’t subject to censorship. But, when the Hays Code (or Motion Picture Production Code) began to
be more regularly enforced from 1934 onwards, limits were imposed on such elements as animal cruelty, overly disturbing monsters and nudity.
More than any of their animation contemporaries, the Fleischer brothers used the creative latitude allowed by these early freedoms to explore every surreal and macabre potential they could.

Their two most popular characters – Popeye the Sailor and Betty – both drew attention for their wilfully dysmorphic appearances. The redefinitions of bodily scale and form seemed to shift the psychological centre of gravity of their adventures. Their distended jawlines and irregular torsos were the foundations for sub-currents of violence and titillation that acted as watermarks on the cartoonists’ work. Whereas rival creations, such as those from Walt Disney, were, if not entirely benign, largely centred within a moralistic universe, the Fleischers’ characters were driven by a maniacal glee that could, at times, descend into the grotesque.

Cuphead draws on this trend and in many ways perfects the union between technology, artistry and wild imagination that structured the Fleischers’ cartoons. A characteristic that affected the animation of this early period was what is known as ‘line boil’, a shiver that affects otherwise inert lines that was a consequence of the production process. Each time the artist traced over the static elements of the previous frame, imperfections in the copy would be translated onto the film as minute vibrations. This tallied well with the Fleischers’ subtext of malevolence,
as each item in shot, whether it was part of the action or merely a background prop, was seemingly possessed with an animistic energy.

This ‘boil’ is repeated twofold in Cuphead. The hand-drawn animations
not only have that authentic hum, but also each object really does have the potential to come alive. One of the joys – and major challenges – of the game is in guessing how the various elements of the environment might assail you. As each level of the game progresses, an increasing number of combatants join in the fray – their forms becoming ever more dreadful as they gain in agency. More often than not, this culminates in a ‘boss battle’, pitched against some baroque creation that fills the majority of the screen, from toads that transform into fruit machines and attempt to crush you with coins to candy castles that spew out deadly boiled sweets.

What ultimately makes Cuphead such a success is the way in which these chaotic, colour-saturated, vaudevillian set pieces interpret the Fleischers’ legacy not merely as style but also as an integral part of the game’s mechanic. One of the criticisms aimed at the title by players is that it is too difficult, with the levels overly aggressive. Players will ‘die’ repeatedly before they make much headway, with the artwork literally overcoming them. In the context of today’s gaming landscape, in which learning curves are increasingly adjusted to provide the sort of easy wins that activate our basic reward centres, designing for difficulty is considered commercially foolhardy. Cuphead has disproved this type of approach. It sold over a million units within a fortnight of its launch, and demonstrated that there are also rewards to be had in taking the slowest route possible, as long as
the scenery justifies the detour.

Top: Frame from Cuphead video game (2017) showing one of the many elaborate end-of-level boss battles that are a hallmark of the title. 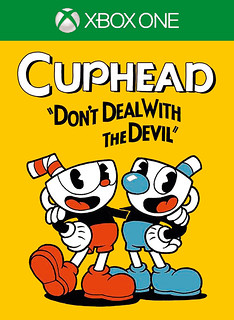