Design Objects and the Museum 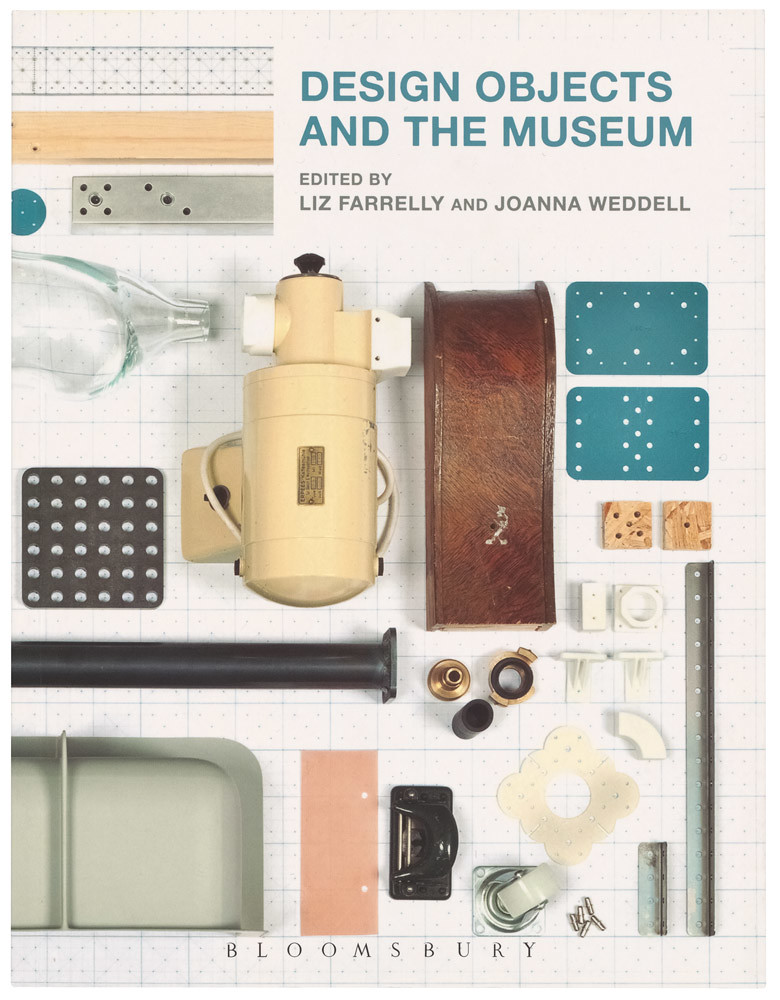 The academic study of design history is one that has only emerged within the past 50 years. Born out of British polytechnics in the mid-1970s, the history of the discipline is described in detail in the opening chapter of Design Objects and the Museum. The book frames itself as re-addressing and re-evaluating the ‘early, tentative steps of design history’ and providing an up-to-date variety of approaches to the topic.

Formed of seventeen chapters, each by a different contributor, the book features work from design historians, educators and curators united by their interest in contemporary design research, practice and museology. Edited by Liz Farrelly and Joanna Weddell (both based at the University of Brighton as well as at the Design Museum and the Victoria & Albert Museum respectively) the book is broadly divided into three sections addressing the established canon of art history and its relationship to design, the placement of design within and outside museums, and the challenges of interpreting contemporary design within a drastically changing landscape.

The first section focuses on the curatorial strategy and display of
design objects in and beyond the museum. There are a number of interesting case studies that incorporate dynamic modes of practice and ways of exploring the designed object, from the V&A’s Circulation Department (1947-1960) to the 1957 ‘Designs of the Year’ exhibition.

While the first part of the book uses specific museological examples, the second section has a more practical focus on curating, including several useful accounts from different museum professionals. One example focuses on Brighton Museum’s Hindu Shrine Project, demonstrating that the curation of design is not necessarily object-focused but also provides an opportunity for performance, ritual and the involvement of local communities in creating meaning.

This move away from a specifically object-centric mode of curating is one
of the central themes of the book and is addressed in the final section in more detail. It poses more speculative questions about the future of exhibiting design and the ways in which contemporary practice is evolving through participatory working, different modes of public engagement and visitor experience, and the use of digital technologies and online accessibility to augment the museum experience.

The use of digital technologies and a museum’s online presence is a key element of contemporary curatorial practice. The exploration of this
area highlights the book’s attention to contemporary and resonant topics,
a number of which chime particularly with our current socio-political situation. In Jana Scholze’s chapter for example, she speaks about the process of acquiring contemporary, often digital, design objects for museums and draws attention to the V&A’s Rapid Response Collecting strategy and the 2013 acquisition of the world’s first 3D printed gun. This strand of collecting demonstrates a museum’s ability to be agile and obtain objects in response to a shifting political and museological context – demonstrated by the recent acquisition of a ‘Pussyhat’ worn at the Washington DC Women’s March protesting the presidential inauguration
of Donald Trump.

With an array of critical, theoretical and practical approaches to the presentation and curation of design objects, this book is a useful resource for those interested in the evolving nature of curatorial practice and museology. Some of the writing however is extremely dense and assumes
a great deal of knowledge, which could be intimidating to a reader hoping to begin their investigation into design history.

Top: Cover for Design Objects and the Museum featuring a detail from a campaign image for Thomas Lommée’s Open Structures project, 2009.