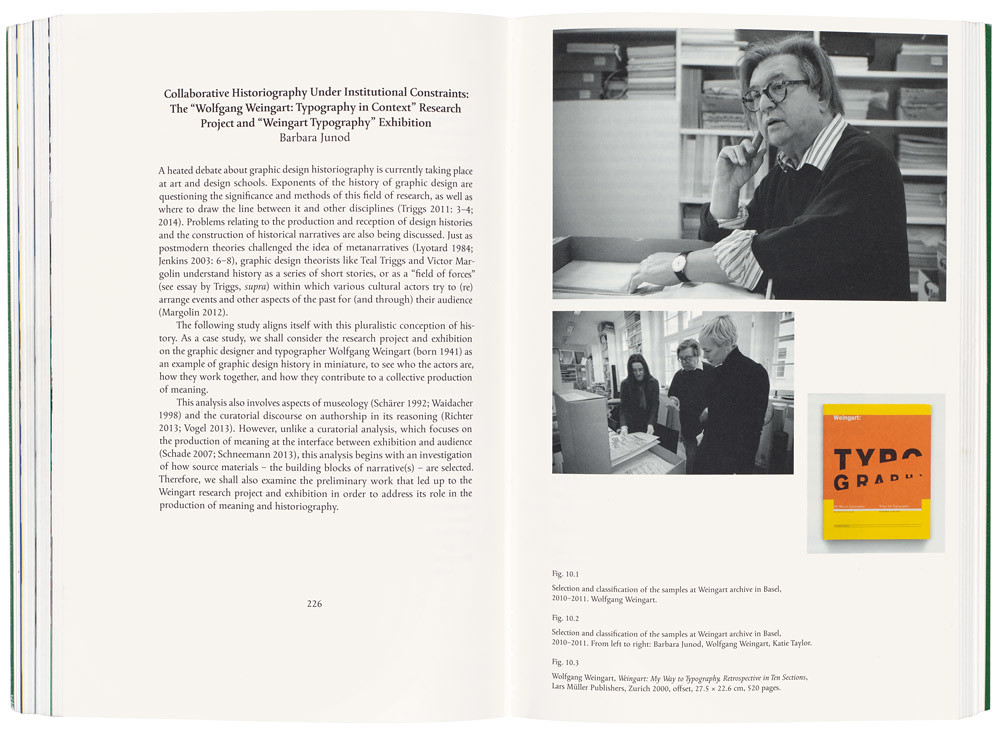 The scope of Mapping Graphic Design History in Switzerland is expansive. The editors have set out to create ‘not just another book that retells the success story of Swiss graphic design’. The book’s fourteen essays are divided into three sections – Education, Practice and Dissemination – ‘to reflect a putative “model career” for professional graphic designers’. The authors are academics, researchers and curators, between them representing all seven Swiss universities teaching art and design. Some of the essays are outstanding; and the range of reference to such familiar books as Richard Hollis’s Swiss Graphic Design (see Eye 60) and Robin Kinross’s Modern Typography (see Eye 7) means that the book offers, in effect, a lengthy reading list for anyone embarking on research of this kind. It is an important addition to existing histories of graphic design in and beyond Switzerland.

The book represents a lengthy research endeavour, which also resulted in a 2014 symposium of the same name, from which some papers have been drawn. The book’s editors also invited contributions from Roland Früh, Corina Neuenschwander, Bettina Richter and Peter Vetter. Editors Lzicar and Fornari, respectively a graphic designer, lecturer and researcher, and a teacher, researcher and co-editor of the design magazine Progetto grafico, write that the aim is to foster ‘scholarly discussion on theoretical and methodological approaches for historical research in an endeavour to support animated, sustainable discourse under the label of “graphic design history” in Switzerland’. They posit that ‘some of the literature on Swiss graphic design and typography represents an outdated approach to history that confronts neither the problems of nationalism, nor the complex underlying structures of contemporary graphic design practice’.

In an introductory essay, ‘Curating Graphic Design and its History’, RCA professor Teal Triggs uses contemporary exhibitions to look at how graphic design is historically positioned, noting in particular the lack of celebrated female graphic designers. She points to two exceptions: ‘Messages and Means: Muriel Cooper’ at MIT in 2014 and ‘Irma Boom: Architecture of the Book’ at Institut Néerlandais in Paris in 2013. Triggs also considers the role of the design historian as someone who locates events in time, establishing links between the present and the past as a way of contributing to an understanding of design as it is currently practised. Triggs, too, reaffirms Lzicar and Fornari’s critique of problematic writing about – and teaching – Swiss graphic design that concentrates on a select group of Swiss practitioners, neglecting other equally worthwhile practitioners from both past and present.

Current practice is represented in the book by three visual essays, one prefacing each section, which emerged from a workshop involving Zurich-based design studio STVG and BA Visual Communication students from SUPSI (the University of Applied Sciences and Arts of Southern Switzerland). In addition to the visual essays, 100 images are dotted throughout – another 300 or more could easily have been added, which, for good or ill, might have transformed this manageable academic book into a luscious design tome.

Peter Vetter’s essay ‘History of the Kunstgewerbeschule Zürich and Following Instructions’ considers approaches to teaching applied graphics, with a focus on the pioneering work of ‘father of Swiss graphics’, Ernst Keller: ‘which didactic principles guided him, and how his methods have been developed and refined over time. One important aspect seems to be his strong personality, and not only what he transmitted to his students, but also his very personal way of teaching.’

Vetter points to the scarcity of publications on Keller’s work – a gap that will be partly filled by Vetter, Katharina Leuenberger and Meike Eckstein in their book No Style. Ernst Keller (1891–1968), to be published in October 2017. ‘Collaborative Historiography Under Institutional Constraints: The “Wolfgang Weingart: Typography in Context” Research Project and “Weingart Typography” Exhibition’, by Barbara Junod of the Museum für Gestaltung, Zurich’s design museum, provides interesting insight into the ways in which an exhibition comes into being.

Mapping Graphic Design History in Switzerland is informative rather than conclusive; it sits at the mid-way point of a project that sets out to establish Swiss graphic design and typography as one of eight Swiss traditions to be included in UNESCO’s ‘List of Intangible Cultural Heritage’. Its contributors present research questions, sound methodologies and resources – archives, networks and media – for taking their calls to research forward. And they put forward the names of designers such as Xanti Schawinsky, Carlo Vivarelli and Ruedi Külling whose work deserves further study, passing the baton to the reader to continue.

Cover of Mapping Graphic Design History in Switzerland.
Top: Spread shows Wolfgang Weingart, Barbara Junod and Katie Taylor selecting and classifying samples at the Weingart archive in Basel, 2010-2011, and the cover of Weingart: My Way to Typography (see Eye 37). 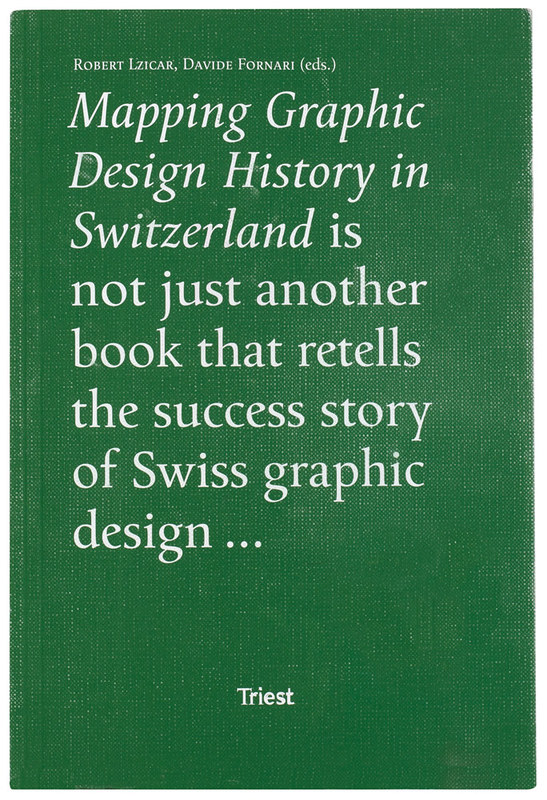