More than just a gridnik 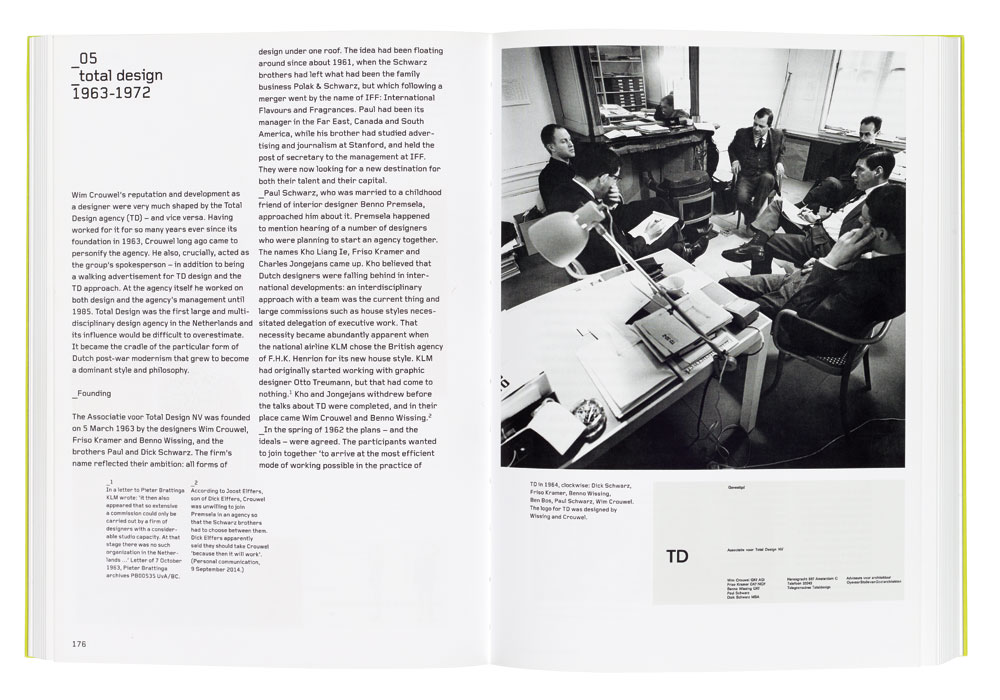 Wim Crouwel: Modernist is the disingenuously bald title of a richly textured portrait of the octogenarian Dutch graphic designer which kaleidoscopically illuminates the complexity and contradictions in the man, his work and his principles.

Written by Frederike Huygen, the Dutch art and design historian, this chunky monograph is a sequel to Wim Crouwel: Mode en Module, which she co-authored in 1997. Unlike the first book, this one is published in English (be warned: the translation is somewhat awkward in places) and seeks to position Crouwel’s work in a global context. The particular goal Huygen set herself here, and which she amply fulfils, was to parse the paradoxes in Crouwel’s design work – ‘the object of study as material and meaningful, functional and aesthetic, timeless and contingent, socially constructed and intimately personal; and evidence of art, engineering and industry’. She aims to understand these in the context of Crouwel’s position, role and status in the field of design, and in the spheres of commerce, culture and Dutch society.

Thematic chapters explore the pivotal episodes in Crouwel’s career. They include: his design of exhibition and trade fair stands in the 1950s; his role in the multidisciplinary agency Total Design, which almost single-handedly defined the style and tenor of postwar Dutch design; his development of a consistent and distinctive graphic identity for the Stedelijk Museum between 1964 and 1985; his invention of a New Alphabet for the computer in 1967; and his role as a museum director and commissioner of design at the Boijmans Van Beuningen Museum, 1985-93. These chapters are interspersed with typological sections that include images of his work made over the course of his career, such as calendars and postage stamps.

Beyond the abundant illustrations of Crouwel’s works in the book, the range of contextual sources referenced and examined is dazzling – portrait photographs, magazine articles, sketches, models, grids, inspirations, works in context and works by peers help to situate the work in place and time. Lex Reitsma’s quiet and authoritative design for the book is sensitive to the scale of the various pieces and gives a visual coherence to the eclectic assortment of materials it contains.

In numerous evocative photographs we see Crouwel at work in his studio, on the phone in the Total Design office, with his sons, at exhibition openings, pondering picture-hanging arrangements with Willem Sandberg at the Stedelijk, and teaching students. Crouwel is a striking figure, physically and intellectually. He is imposingly tall, always elegantly dressed, and throughout the years has been an outspoken ambassador for design as a distinct discipline, for its cultural value, and for the enduring relevance of Modernism.

Modernism to Crouwel means a method (system and grid), an ideal of transparent communication and efficiency in the service of postwar industrial, technological and democratic society, and a strategy for allowing operations and organisations to run smoothly. Through this book we get to know a man who not only believes in Modernism as the driving force for his work and for graphic design more generally, but one who lives it body and soul down to the last detail.

As a youth in Groningen, Crouwel was inspired by a visit to the house of Job Hansen and the Modernist design he found in magazines at the town library to remodel his bedroom according to Modernist interior design principles. As a young married man in the early 1950s, Crouwel built his own houseboat, an exercise in precision and logic in which proportions were based on the measurements of the sheets of hardboard; the open-plan layout featured furniture he had designed and constructed himself. In the 1970s he designed another living space, based on a three-dimensional grid, appointed with pieces of carpet specially woven to size, and cubes of foam rubber covered in grey canvas.

In his 1974 lecture ‘A Vision on Design,’ reproduced in the book, Crouwel articulated his belief in the need for a universal ‘solid design grammar’ akin to the markings on the pitch and rules of the game of football, according to which all designers should operate. Such a legible anti-individualist ethos laid Crouwel open to attack from a younger generation of designers, bored with Modernist dogma, including most notably, the politically motivated and expressive designer Jan Van Toorn, whose famous public debate with Crouwel in 1972 is examined in detail both in this book and the excellent small publication The Debate (Monacelli Press, 2015, see review in Eye 90).

It is unusual in the arena of design monographs, and a testament both to Crouwel’s confidence and his modesty, that he ‘expected a critical book’, and left Huygen entirely alone during the process of its making. A lengthy chapter is devoted to criticisms of Crouwel and his fall from favour in the 1970s, when his unbending devotion to Modernism clashed with the pluralist values of the era. Huygen is even-handed in her assessment of criticisms of Crouwel as a technician and gridnik, but clearly sceptical of the international design community’s subsequent ‘rediscovery’ of Crouwelian Modernism in the 1990s and early 2000s (as evidenced in a slew of articles, documentaries and retrospective exhibitions). This rediscovery, she avers, amounted to ‘one great warm bath’ of uncritical veneration, and was initiated by little more than a return swing of the fashion pendulum. With the advantage of a decade of hindsight, Huygen has been able to situate that comeback in the larger narrative of Crouwel’s career and the shifting preoccupations of the graphic design world.

Wim Crouwel: Modernist helps to complicate the false opposition between systems-based thinking and individualism, and Huygen proposes that Crouwel’s extreme rationalism does not rule out personal expression or subjectivity, observing that, on the contrary, ‘they permeated everything he did.’ In addition to its argument, this monograph is also exemplary in its methods. Rigorously researched and carefully footnoted, it contains lists of exhibitions, books, articles and essays written about, and by, Crouwel, archives where his work can be found, as well as a comprehensive bibliography. As such, it is a significant and generous contribution to scholarship not only about an individual graphic designer, demonstrably worthy of such sustained examination, but also about graphic design in its wider social contexts, and how it might be meaningfully studied. 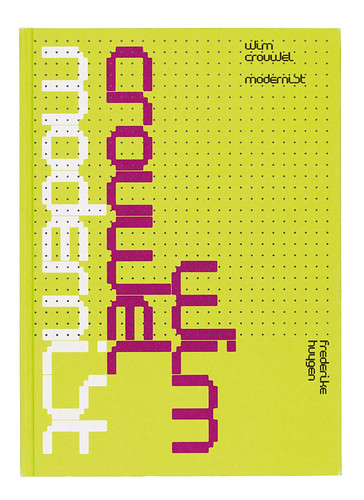 Duck the issue
Unpredictable Swiss design
A Dutch battle that still rattles
The designer as programmer
One image, many photos