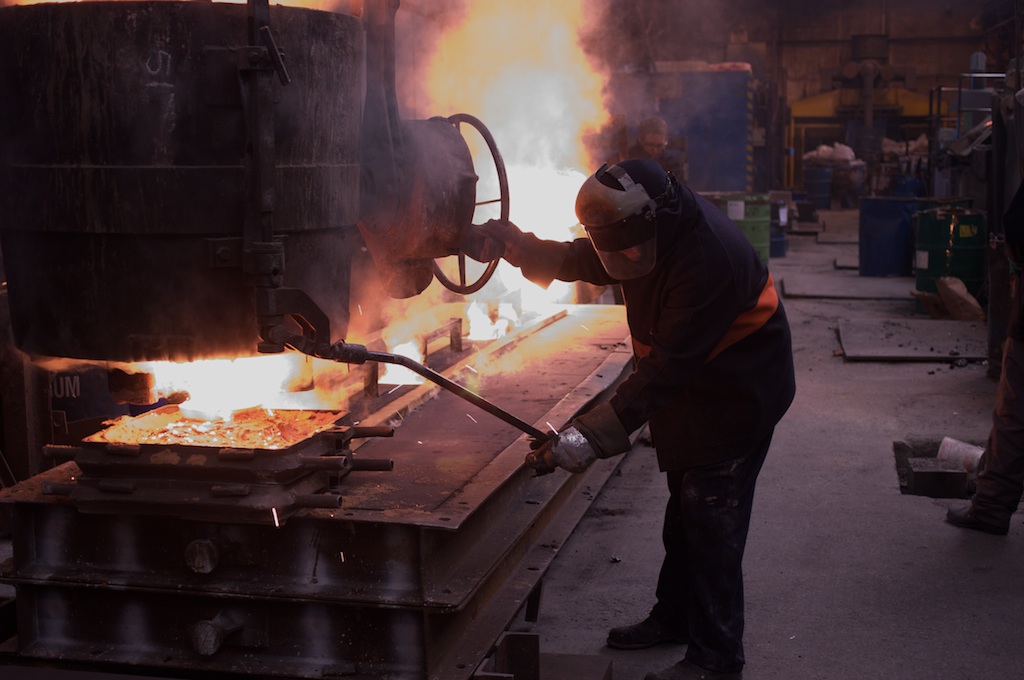 Late in September last year, Phil Baines was commissioned to contribute typography for the permanent memorial to the victims of the 7 July 2005 London bombings, which opens on the fourth anniversary of the attack.

The memorial commemorates each life lost with 52 single columns (or stelae), set in four interlinking clusters that reflect the four locations of the incidents: Tavistock Square, Edgware Road, Kings Cross and Aldgate. Constructed from stainless steel, each stele measures 3.5m high and will be unique, with individual characteristic finishes brought about by the casting process (top). 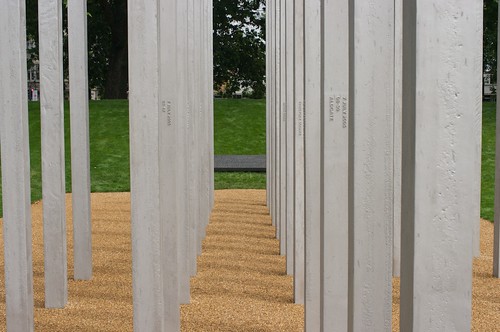 Visitors can walk around and through the memorial (above), reading inscriptions that mark the date, time and locations of the bombings on each of the stelae as they pass. A stainless steel plaque listing the names, using all 26 letters of the alphabet, is sited on a grass bank at the far eastern end of the memorial. 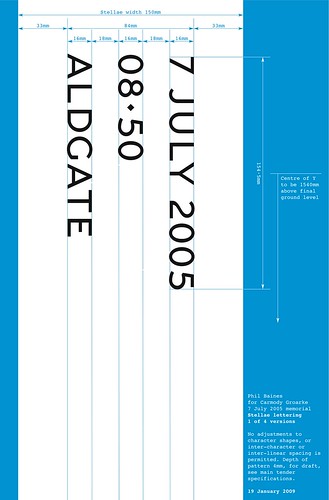 Above: Final design drawings for stelae lettering (one of four versions). Letters to be cast in 4mm relief, finish to be cleaned but not polished in any way.

Above: Final design drawing for plaque, letters to be cast in 10mm relief and ground back to 5mm. Finish of letters therefore polished against an oxidised ground. Production drawings take the taper into account. Names could not be broken across lines and had to be alphabetical.

Baines’s designs for font, inscription orthography and layout received approval on 14 November 2008, and the final sign-off of artwork took place in mid-January this year. The castings were produced between February and June, and the installation in Hyde Park (southern end of Lovers’ Walk) May–June. Opening 7 July 2009. 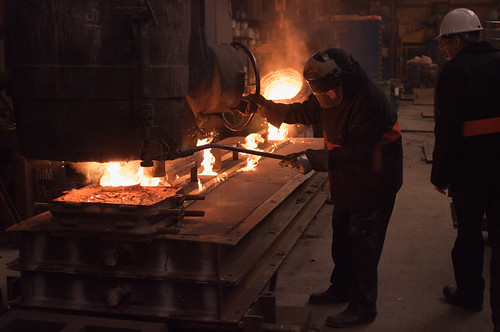 Above and top: Casting at Norton’s. Stelae are effectively trough-cast but during the pour and for 30 seconds after, the upper surface is covered with heat-resistant boards (with handles). The stelae have three slightly different textures, finest sand is in the base of the mould where the lettering is, the sides are slightly coarser and the back coarser still. When erected, each is oriented a different direction to its neighbours, so the textures will be apparent.
  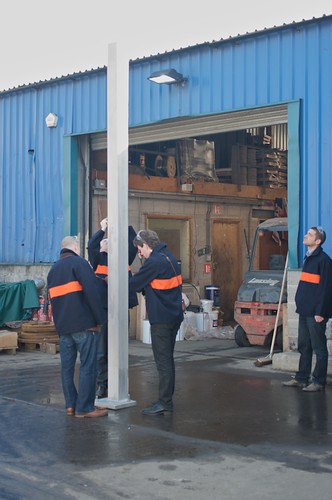 Above: Sample stelae at Norton’s during site visit with architects (Lewis, Jock Kinneir’s grandson, is on the right). Lower 200mm gets covered with hardcore topped with resin-bonded gravel to match all Hyde Park paths.
 Below: Detail of front and side faces – this is as finished as they get. The steel is finest stainless (special mix) and will not oxidise (unlike the plaque, whose background is treated to oxidise).
  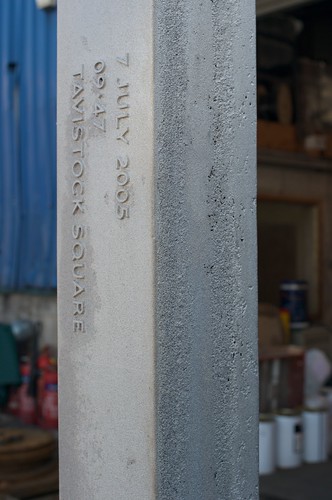 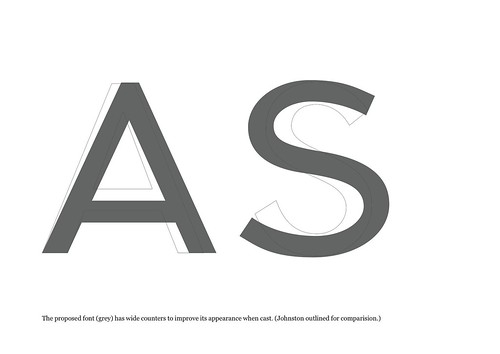 Thanks to Phil Baines for the pictures.